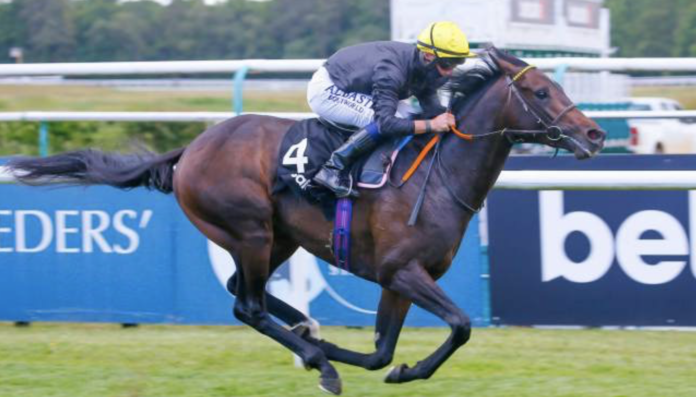 One of the biggest stories post-Royal Ascot is the breaking news that Frankie Dettori is to ride Derby favourite English King instead of Tom Marquand.

English King, at the time of writing, is a best-priced 7/2 favourite to win the coveted prize following the news that the charismatic Italian was going to be taking over in the saddle. However, it was Tom Marquand who was aboard when winning the Betsafe Lingfield Derby Trial and guiding the colt to an impressive two-and-three-quarter length win. He clocked a time of 2:24.36 which was the fastest time recorded in this race since subsequent Derby winner High Rise. Social media has been divided in its opinions relating to owner Bjorn Nielsen’s and trainer Ed Walker’s decision to replace the up-and-coming 22-year-old with the experienced Dettori.

But is it the right call?

Ed and Bjorn are certainly looking at the experience Frankie brings to the table. Ed quoted “If you look at the stats it’s an easy decision. Tom has ridden five winners around Epsom, not won over a mile and a half and never ridden in an Epsom Classic, whereas Frankie has won the Oaks five times, two Derbies and five Coronation Cups.’’ referring to his obvious wealth of knowledge of the undulations of Epsom and, following his Royal Ascot exploits recently, there are not many jockeys better on the biggest stage and, when they present themselves as available, they should surely be used?

Whilst Tom’s young age is a fact many call upon, this is not necessarily a negative when it comes to the Derby. Lester Piggott was only 18 when winning on Never Say Die in 1954. Walter Swinburn (Shergar 1981), Mickael Barzalona (Pour Moi 2011), and Joseph O’Brien (Camelot 2012), were 19 years of age when they rode their horses to victory, with little experience of Epsom. Marquand’s five winners at Epsom have come from 56 rides, a fair 9% strike rate given most of them would have been standard races, and last year saw his biggest improvement there (3 wins from 16 rides – 19%).

There is also his previous association with the horse. Tom is 2-2 on English King, winning in impressive fashion both times. By contrast though, Frankie’s bond with the owner has only been strengthened through their partnership with Stradivarius who destroyed a Gold Cup field, for a third time, on a rain-softened Ascot track and cementing his place in history.

Tom Marquand has all the natural ability to be a serious contender for Champion Jockey one day, and is a raw talent who certainly gets the best out of his rides. His time in Australia has served him well and will stand him in good stead for many years to come.

There is no grander stage than the Derby and without a shadow of doubt, whilst this news comes as a disappointment, his time will come. It took Dettori fifteen attempts to triumph in the Derby, winning on Authorized in 2007, but one does wonder if Marquand could have made it first time lucky.

22 races put through the wringer!