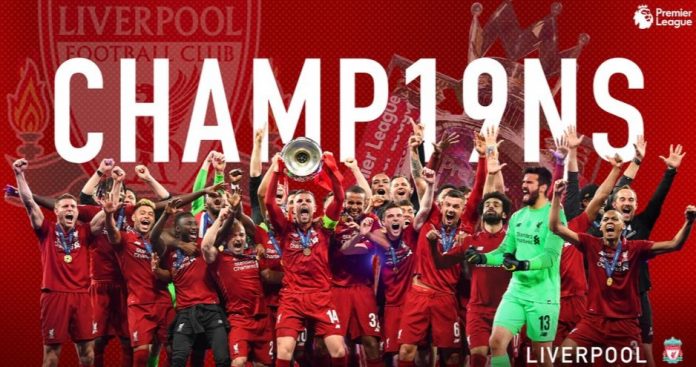 Being a Liverpool supporter myself I fully understand why, at just turned 10-00pm on Thursday evening, fireworks were being set off, car horns were being sounded, flags were flying and tears were flowing.

I’m lucky. I was around in the 70’s and 80’s and saw all the success LFC achieved both at home, and in Europe. I was fortunate enough to be able to travel to places like Bruge, St Etienne, Rome and several other places abroad, to see my team winning everything and whilst Liverpool FC has been dominant in Europe, winning the Premier League seemed like a search for the Holy Grail and for many, this was the first time we had been crowned Champions, at home.

They have seen a good few near misses, felt the frustration I never felt “back in the day” and so finally getting across that line, and breaking the hoodoo that has appeared to be on us, led to some celebrations on Merseyside, I can tell you!

Liverpool are now 23 points clear of closest challengers City with seven matches to go and they have notched up an amazing 28 wins, two draws and only one defeat from their 31 matches so far this season.

The reason for the success this season is down to Trent Alexander-Arnold, who is No 1 in the league this season in all of these categories:

No other team has achieved what this Liverpool team has done this season, winning the PL with seven games still to play. They are now Premier League Champions, the current European Champions, and Liverpool won their first FIFA Club World Cup after defeating Brazilian club Flamengo 1–0 in the final after extra-time, making them the first English side to win the international treble of the UEFA Champions League, UEFA Super Cup and FIFA Club World Cup.

Champions is a very fitting title for Jurgen Klopps men!