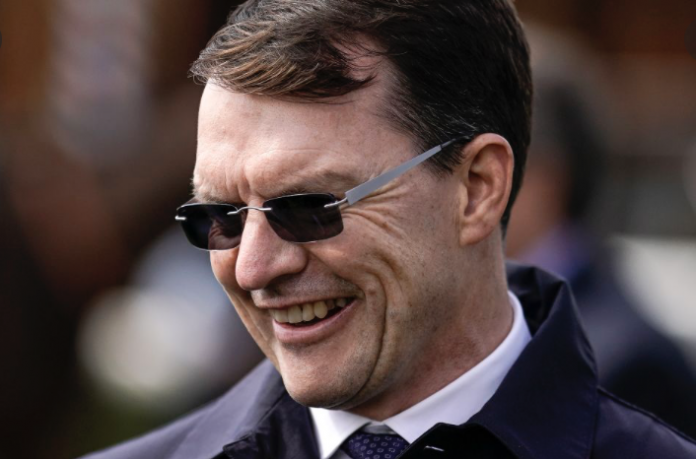 The Racing Post headline this morning screams FOURMIDABLE but is such domination ruining the sport?

Sean Trivass and I had discussed the number of runners from one yard being permitted in these races and in all honesty, I do not see anything “fourmidable” about what happened in the Irish Derby yesterday. In fact, I’d have been more surprised had it not happened.

You would not even begin to compare it with Michael Dickinson’s achievement all those years ago now, when he trained the first five home in the Cheltenham Gold Cup, in 1983…could you?

In the Post Racing Podcast I suggested that, given the number of runners O’Brien had entered, it was short odds he’d win it and that it was just a matter of finding the right one. And so it proved.

Santiago proved the market correct as it suggested, strongly, that he would follow up his easy win in the Queen’s Vase of two furlongs shorter, on quicker ground and he did, beating his much less experienced stable companion, Tiger Moth (a horse both Sean and I suggested might outrun his odds), by a head.

All such a result does for me personally, is prove that all the good horses reside in one yard and I got no thrill from it at all.

It will doubtless be the same or similar, when they run the Irish Oaks on the 18th of July. Who would bet against the first three all coming from the same yard again, come the day?

My chips are down in Vegas!