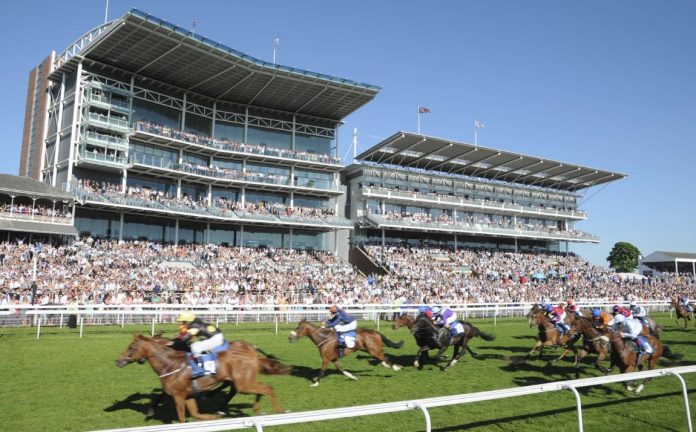 The first race on the York card is also the first of my two rated races there and I really do, as I mentioned to the Post Racing subscribed members yesterday, like the way they have come out. I’m seeing low drawn as being best, high numbers not so good.

Because this market opened earlier in the week, we’ve no movers from overnight, merely the names of those that have crashed from big prices from the moment the market was taking bets.

The one horse I liked from the outset, MAGIC J, has been backed from an opening 25/1 > 17/2. Ed Vaughan, who walks away from racing in this country come season end, has put first time blinkers on, and booked Oisin Murphy to ride….no hinderance from the saddle then, eh!

My top rated in that race is JAWWAAL and he too looks very strong. He opened 7/1 and now trades the 4/1 favourite. I’m very happy with my work for that race and if those numbers fail, it’ll simply be because something outside my top six has a proper going day.

I advised Post Racing subscribed members last night that CLOUDBRIDGE was the horse moving, 2/1 > 7/4….now 6/4 with all bar PRAISE OF SHADOWS lengthening (that one is 10/1 from the 12/1 it opened up….place money only would be my feeling.

You can dutch that trio to make your profit.

The Juddmonte is now down to five but it’s not a bad old five! I said before Royal Ascot how good I felt LORD NORTH was and he proved me 100% spot on. Last year I was all over GHAIYYATH for the Arc but he bombed out having gone off to fast….plus, he looked a horse then, that needed a big break between races. This season they do seem to have found the key to him and he’s 3-3, looking superb each time.

He is a five year old now though and the stats tell us this usually goes to a three or four year old. Eight of the last 10 have done so, as have four of the last five, with three 3-y-o’s winning those.

I’m therefore going to suggest a dutch, LORD NORTH/KAMEKO but admit, both are going to have to step up again on what they’ve done, to beat the favourite and MAGICAL.

A marathon over two miles and inches comes next and the “mover” advised to members last night was MAKE MY DAY (7/1 > 4/1). He has now eased half a point as money now comes for the Beckett trained HERE AND NOW, who was the only horse mentioned in my New Edge section of the morning Newsletter….18/1 > 11/1 and still moving. I’ll dutch this pair to, hopefully, make a little profit.

Three non-runners in the second of my Rated races from this meeting. Usually you see any market adjustment seeing horses shortening….everything is lengthening? I’ll just play my figures here which sees GLAMOROUS ANNA come into my top three by virtue of natural progression, following those non-runners.

A nursery to conclude day one of the Ebor Festival and it’s the mover advised last night that is still attracting the support. PURE DREAMER was advised 7/1 > 5/1 last night….now 9/2 second favourite, behind the Ryan trained CAIRN ISLAND.

I would again be happy to dutch that pair.

They also have very strange going for this track, which is usually as hard as any motorway you’ll drive on. Tonight it’ll be good to soft. They must have had a stack of wet stuff hit that track.

You would have to be dutching (and praying), to try and get a profit from this track today and in the first race it would have to be DARK ILLUSION, TEDDY B and MISTER BLUEBIRD for that play at 3-25pm. You could not bet with confidence so I would be suggesting your staking will reflect that.

The easing of the ground really is causing problems and with the second favourite coming out at 5-30pm, everything now looks like it it being smashed in. I couldn’t name a horse here I’d suggest is a genuine maover and so, we’ll move swiftly on.

Now we do have a serious money horse at 6-00pm. In my morning Newsletter I added the name RAJGURU to the list produced the night before, as it had been punted from 11/1 > 7/1 whilst I was getting my six hours. It is now 9/2. It looks “proper” and I had a small 20/80 earlier on.

We have another at 6-30pm. NORTH POINT was also added to the OMM’s section in the morning Newsletter, having moved from 10/1 > 7/1. The money is still coming….now just 5/1. Again, a small 20/80 was played earlier and fingers crossed he can break his maiden at the sixth time of asking. His “best form” has come with cut, and he definitely gets that tonight.

I’m just sitting here shaking my head at the 7-00pm race here. Division 1 of a Class 6 Classified Stakes, none of the runners having succeeded on the going as currently described, collectively 2-33 at the trip and 0-9 at the track. Unsurprisingly, nothing is being backed to win it, even though something must. Truly horrendous stuff.

You quite simply do not need to be betting on such nonsense….might just as well hit the casino (if you could!), and play the slot machines.

They finish with a Class 6 Amateur Riders Handicap….just when you thought it could not get any worse!

MENIN GATE was 4/1 > 5/2 last night and is now just 6/4. I’ll be long gone from the Exchanges when this goes off and won’t know the result until I get back to my desk around 9-00pm, to finalise my figures for the evening Newsletter.