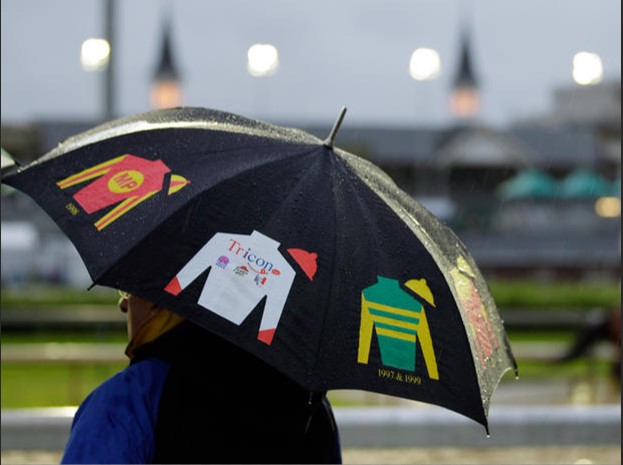 With these rains falling I have taken a decision not to produce Ratings for at least two days and, most likely, three. It is hard enough trying to find the winners of races when we know for sure what the ground is going to be like but when I’, given a going description of good to soft, and it turns out to be heavy, I’ve wasted my subscribed members time, and my own.

My intention these next few days is to keep on top of what the markets are telling us and right now they seem pretty convinced LONDON PALLADIUM will win the opening race at Goodwood. He opened 7/2 and is now 2/1, whilst the favourite, SIBAAQ, has drifted from an opening 8/11 > 6/5.

In future races SIBAAQ will carry 5lb more than he does today and the drift has to have come because of the softening ground.

Two have come out at 12-45pm and QUICKSTEP LADY is now long odds on. She is currently 0-5 and I had expected her to be winning this season. She keeps getting turned over though and whilst the main danger this morning, GREYCOAT, has been taken out, would you fancy taking the 8/13 about a maiden?

The market is telling me that one horse is fancied to run a big race at 1-20pm, I’M AVAILABLE 14/1 > 7/1. They have added blinkers this afternoon but they are going to have to be akin to rocket boosters given how this horse has gone backwards since seasonal debut. He did win on good to soft in April 2019 but that was his only win on turf from eight starts and it came over a longer trip than he races over today.

I’ll not be betting.

Nothing is being backed to beat LONE EAGLE in the 1-55pm race, in fact, he’s 4/9 from an opening 4/6 with everything else drifting like barges. If you fancy trying to buy some money, that’s your horse.

Down to just four runners at 2-30pm so I can swiftly move on to the 3-00pm. I advised Post Racing subscribed members last night that NONDAY GUN has opened 5/2 and was into 15/8. The best you can do now is 5/4, as the money keeps on coming. It is 13/2 bar that one, who is officially 4lb well in this afternoon.

The have made old PETTOCHSIDE the favourite at 3-30pm and even at the age of 11, he’ll show most of those taking him on, a clean pair of heels. You have a couple of younger CD winners in here though and also EQUIPPED, who is 2lb well in today.

Another race I’d not be betting.

I am not going anywhere near this meeting for anything. They have already had 19 runners come out, the markets are all over the place and I’d suggest you most definitely do something other than bet on horses tonight.

Right now we have what we have. Nothing we can do about it but for sure, we do not have to bet on it.