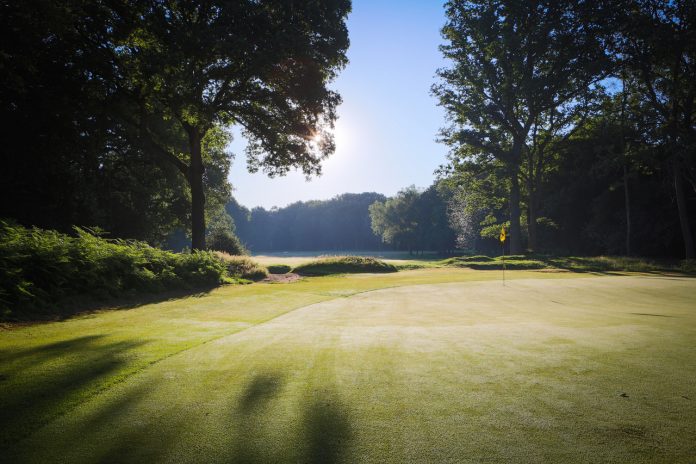 For those who have read my articles in the past, I am perhaps better known for my coverage of pool and snooker as well as the International horse racing but with so little going on that I can get to with those sports, it is time for me to branch out to a sport I love (but am very bad at), with golf. I have worked for a certain well known bookmaker in the past covering major golf events with so much success that thy got rid of me – it really is a tough life trying to find the winners with the threat of redundancy one success away (apparently). Here I have no such restraints, so we will start with a preview of the Tour Championship from East Lake Golf Club but please read on after that for an exciting new golf membership idea I tried out the other week and that may be of some interest.

Golf may be a little outside of my comfort zone but it has proved profitable in the past and I can only hope that will continue here – though some smart Alec has decided to make this a handicap of sorts (horse racing terminology I suppose), by using FedEx Cup points to determine the seeding and with it, shots start over your rivals. Luckily (perhaps), our overly generous (?) bookmakers here in the UK are offering two markets – ones with the strokes handicaps (which I will ignore), and ones without, so at least we can pick and choose our bets wisely.

Firstly, we need to look at the course set up before deciding our options – East Lake is not overly long (7346 yards to be precise), so accuracy is far more important than length off the tee. The Bermuda greens will certainly suit some more than others while the handicap system means we need to search out the right mentality for our contenders – those seeded 26-30 have to give a 10 shot start to Dustin Johnson so we don’t need to be suggesting any “quitters”!

Naturally, with a 30 runner field it would be madness to put all our eggs in the one basket, so we will see if we can find three bets worthy of the name – with brief explanations of exactly why they appear on the final list.

Despite his excessive price, this is part of the plan for the 35 year old who gave the BMW a miss last week in order to rest up for this event. That may or may not have cost him a shot or two (who knows where he would have finished), but those seeded ahead of him did have to complete a pretty arduous event that may well have taken a heavy toll. Seven career starts here at East Lake have seen not one but three top five finishes which bodes well for his chances here and if he plays his natural game he won’t be far away at the finish.

OK so many of you will be asking “who”, but he has been burning up the fairways since the post-Covid restart with four tournaments seeing opening rounds of 65,66, and 67 (twice) and that stands out to me. His attitude form so far down the seedings is hard to second guess but if he lets his golf do the talking he has every chance, and looks a value call to small stakes in the circumstances.

Brendon Todd 3/1 for a top ten finish without starting strokes with SkyBet.

A name to watch both here and for future tournaments and seemingly getting better all the time even at the age of 35. He has had a season to remember with wins in the Mayakoba Classic and the Bermuda Championship and was a solid enough eighth last week in the BMW, a mere five strokes off winner Jon Rahm. Greens and track look ideal with his driving accuracy a potent weapon and in a 30 strong field I would be surprised if he fails to make the top ten here.

New golf membership concept suits me to a tee.

After receiving a press release from Readygolf regarding their new membership concept I decided to take up the challenge and review the whole procedure form start to finish – unpaid but I did negotiate a two week pass for two so I could try out some of the courses and the overall concept on your behalf.

As I am not part of their marketing machine all I can and will offer is a genuine review of the idea, the good – and the bad – and after that I will leave it up to you to either follow up the idea, or leave it for someone else to do.

For every loyal golfer who has remained a member of his or her club for what feels like a hundred years, there are two or more golfers like me with a far shorter attention span. I may well enjoy my membership at a particular course for a short period of time but after a while, the same holes, the same water, the same trees and the same people sees my boredom threshold quickly passed, and the amount of rounds of golf per week drops off accordingly and as far as nil during the winter. Step forward  Thomas Bishop with what may be a solution to all our woes courtesy of Readygolf (www.readygolf.co), with their bi-monthly, quarterly, or yearly subscriptions that range from as low as £67 a month pro rata – feel free to compare that to your local club for value.

Better still, far from being tied down to the one course, Readygolf offer SEVEN different courses in the South of England to choose from and the ability to bring a guest at reduced rates to boot. Time allowed me and my playing partner Alan to sample four of them and I have to say, we were welcomed with open arms at all four and most certainly not treated like a second class citizen (which was a concern). Now I am no professional golfer, believe me, so it is not really up to me to provide a course by course review, but I can say they were all in good condition, with pride of place going to Cowdray Park Golf Course whose greens had me fooled all day long.

Seven courses to choose from (at the time of writing) and more being added all the time, giving players the variety some need, and many at the top of the golf tree. In alphabetical order we have Bletchingley, Broome Park, Cowdray Park, Gatton Manor, Limpsfield Chart, Littlestone, and West Kent. The booking system seems simple enough and I was never turned down when asking to make a booking which has to be a huge positive, and there will be more slots available as needed. Those not living in the south-east will be delighted to know that the business plan involves adding new areas year on year so do keep an eye on their website (see above) for when they arrive at a golf course near you. Add in the lack of a joining fee (Cowdray Park is £500 for instance, and that’s before your membership fees), and you are on to a winner and once I have moved to a new house, I fully expect to be joining Ready Golf on a permanent basis.

Cons Unsurprisingly, there are time limits for when you can play, and the club members get the best tee times – but then why wouldn’t they? If you are flexible enough it shouldn’t be an issue and personally I had no issues in booking at any of the courses – and no, I did not mention I was there for a review. I did find playing a new course challenging (as you would at any new venue), but that is such a minor inconvenience that I feel I am being picky for the sake of it. Naturally some courses will be better than others (individual preference I suppose), and I fell in love with Cowdray Park more than the others, but you can’t play one all the time (a small price to pay), but those are the only negatives I managed to find.