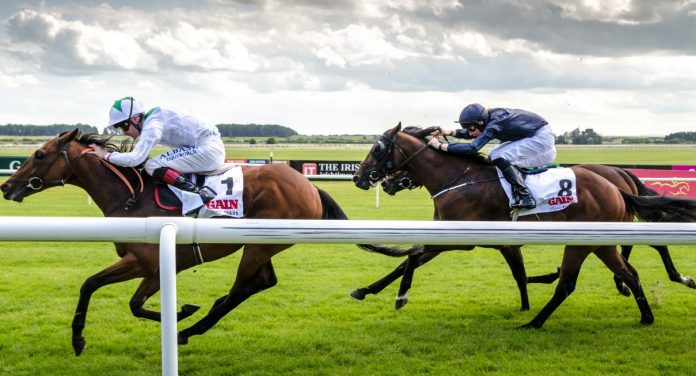 I’ve been mentioning in my Post Racing Newsletters, just how bad racing is right now, save for weekends, and today we have two cards, both consisting of eight races and we are lumbered with seven by Class 5 and six x Class 6. It is absolutely shocking stuff and anyone betting on it should be playing to minimal staking.

Bath has 91 runners across it’s eight races, of which 82 are representing those two low grades. At Lingfield they have 81 runners going racing, with 66 of them the equivalent of moose.

They start the Bath meeting off a Class 6 Apprentice Handicap and with two already taken out, one of those the morning second favourite, all I’m seeing is adjustments and even if I had spotted a “mover”, it’s unlikely I’d advise having a bet in such a race.

He cost 30,000gns at the Breeze Ups and the market suggests he can shift a bit. Getting me to have a bet at Bath though, is a bit like trying to get blood from a stone.

A 13 runner Class 5 Handicap next and the bookmakers are trying to tempt people in by lengthening the odds of all taking part. One thing they are not doing today, is spoiling us with brilliant racing! A no bet race for anyone with anything inside their heads remotely resembling a brain.

In the 3-30pm event we had an overnight market mover (an OMM to my members), as MAZIKEEN was backed from 14/1 > 7/1. The gamble continued until just before I sat down to pen this and you could get no better than 9/2 until about five minutes ago….now eased slightly to 5/1.

That market has also been subject to adjustment, too, as ARAFI, the second favourite, has been pulled.

MY POEM was another OMM advised to my subscribed members this morning, 10/1 > 7/1….you can only get 5/1 now. If the market can be relied on to not be speaking with forked tongue, then the Stoute horse is a 20/80, even now.

The morning second favourite has been taken out of the 5-05pm and it’s simply the markets now adjusting, that gives the impression of “movement”….however, I mentioned to Post Racing subscribed members this morning that FULBECK GIRL was 8/1 having opened 20/1….now just 5/1. Only three previous runs, handicap debut….and without a word of a lie, as I was typing that, they took it out!!

Make a note and watch for a move when they do run it.

I’ve reached the 5-40pm and am losing the will to live. They finish with another Class 6 and one thing is for sure, Bath will not be able to say they’ve missed out on crowds attending this meeting….surely nobody would pay to watch what they have on?

Unsurprisingly, nothing is being backed and I imagine only the “pen chuckers” in betting shops, who have a couple of shillings left, will play such a race?

Lingfield kicks off with a five runner Class 3….the better the grade, the smaller the field. The market suggests a dutch WALIYAK / FOLK DANCE, will deliver a profit. WALIYAK was weak this morning but is now 5/4 having drifted to 15/8 at one point.

Another race that would appear, if the tissue is right, produce a profit playing the front pair on the tissue. WINGS OF A DOVE is currently 5/4 from 13/8, whilst NIGHT ON EARTH is 15/8 and that from 9/4.

This meeting ends with a split Class 6 Apprentice Handicap and I’m not going to insult your intelligence by even discussing them.