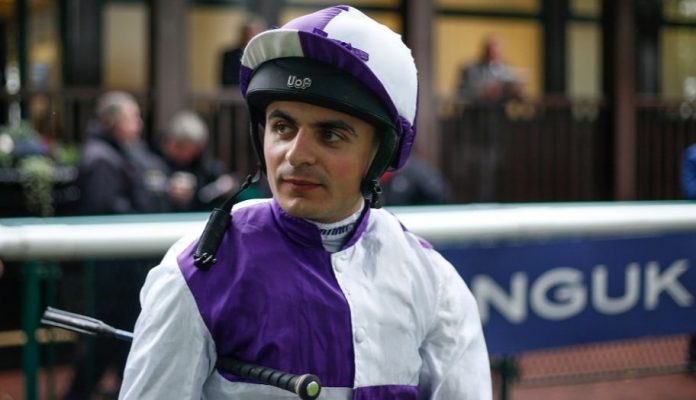 The results being produced this season, despite the strange situation we have all found ourselves in, have been superb and Musselburgh yesterday did not let us down….more peas shelled, more profits banked and for Post Racing subscribed members, a lovely top rated winner from the lone race I worked on up there, as GWEEDORE went in @ 13/2.

We are not blessed with racing fit for purpose again today, with 24 races across the three cards I’m covering, 17 of those Class 5 or Class 6. Five of the eight races I’m working with at Lingfield are of the very lowest grade and if we have a light at the end of this mucky tunnel, it comes, surprisingly, at Leicester.

That is normally a track I’m pretty scathing about but they’ve some decent stuff on offer today and the 3-20pm is a little cracker.

I’ll start by looking through the dirt at Lingfield…even if they do race on turf.

A Class 6 next, the 1-30pm doing absolutely nothing for punters up and down the country. It’s a dog of a race and I’ll not be involved either.

We have an odds on favourite in the next Class 6 on this card (2-00pm), and I’d need some screws tightening if I were to get involved here. If punting low grade maidens at odds on is your idea of fun, you are going to love this one. Me? I’d rather watch paint dry.

A slight raise in grade here (2-30pm)….Class 5….with KING ZAIN 1/3 on the tissue and about as much a race for punting in, as any of the Class 6’s on this card. Welcome to Monday racing at Lingfield!

You get to the stage with such meetings were you visit the next race (3-00pm), and find you puff your cheeks out, whilst reading through a 12 runner field, of Class 6 horses again. However, here we have something interesting going on.

There will have been some adjustment but this pair are genuine movers and I’ll dutch.

Those cheeks are going to be sore after this meeting and we now have the first division of a Class 6, at 3-30pm.

STOPNSEARCH was the runner for money overnight 6/1 > 3/1 and you can now find 10/3 in places. Nothing is being backed at all…surprise, surprise!….and I’d suggest a 20/80 the “mover” might hopefully yield a dividend.

The second division arrives at 4-00pm and if they were running this in my back garden, I’d close the curtains. This is the kind of thing the word “horrendous” was created for. We have a seven times raced maiden heading the tissue, and whilst the second favourite has seen a winners enclosure, the last time it did so was after winning a Class 6 at Chelmsford, just over a year ago.

You have a bet in races like this, it you are as mad as a box of frogs.

They conclude with a magnificent Class 6 Apprentice Handicap….they know how to spoil punters, do Lingfield.

I have an idea why we have a “steamer” here. DE LITTLE ENGINE….20/1 > 7/1….last seen running 9th of 11 at Wolverhampton but they run it on all weather surfaces to take peoples eye off the ball. It has raced 41 times in total, 33 of those on “sand”, winning three….but when they do turn to turf….eight runs, two wins, two 2nd’s and a 3rd placing. It last raced on turf at Brighton in September 2019, winning. Since then, seven runs on sand….one placed effort to it’s name. I’ve seen enough to have me get a couple of quid out for an e.w. bet.

Leicester kicks off their card with a divided Class 6 Apprentice Handicap and since my morning Newsletter went out to Post Racing subscribed members, I’ve seen a move for EPONINA in the first division….14/1 > 6/1. It has a previous course win to it’s name and I guess if they hypnotise it and ask it to retrace those old steps, it might go in again. TADAWOL is also finding supporters….10/1 > 7/1 but EPONINA looks the strongest of the pair “moving”….dutch maybe?

Now we start to see the racing improving….Class 4, even if it is 11 juveniles traipsing to post.

The market is suggesting STAR SEEKING is ready on debut….3/1 > 2/1….but I’d prefer a 20/80 FAMILLE ROSE who is ridden by a jockey I’ve got loads of time for, Ray Dawson. He did us a favour on Saturday, when getting DOCUMENTING up @ 14/1.

The Stoute runner might well be ready, as the market suggests…but I’ll go for experience, and Mr Dawson.

I doubt very much we’ll see TAWLEED beaten at 2-50pm but the 4/9 is of no interest to me, and I’ll skip this race for betting purposes.

The best race of the day next, the 3-20pm, which I have produced Ratings for. I’m chuffed to see my top rated punted in from 12/1 > 7/1 and the only other horse currently being supported is SHADY MCCOY 5/1 > 7/2….and that one is my second highest rated horse.

Needles to say, I’ll just run with my figures here!

A Class 5 seller next….and a massive punt went on overnight….IRON WOLF 25/1 > 13/2. You can now have 8/1 about this one running first time in a visor but it’s not a race I’ll be getting heavily involved in, if I get involved at all.

Only six going to post at 4-25pm but it’s a good little Class 3 Conditions Stakes with the 3-y-o AL RAYA 5/2 > 15/8. This horse ran second in a Listed race at York, before then getting beaten just over eight lengths by BATTAASH at Goodwood. He ended his juvenile career with a Group 3 win at Chantilly and I am of a mind he’ll be hard to beat this afternoon, if he’s on blob.

My second rated race here at 4-55pm and I’m confident the winner is in my top three rated, and that my dutch secures me a profit.

At Windsor my first raced race here is the opening event at 3-25pm.

The market suggests it’ll be dominated by the 3-y-o’s and my figures agree, although it is the maiden, HOORAY HENRY, running second time following a wind-op, attracting punters support….9/2 > 3/1. He rates 8th best on my figures simply because he’s had just three runs and is impossible to rate accurately. I’ll look to dutch four, including the Candy runner, to make a profit from this race.

The punters only want OPERATIC at 3-55pm. I advised Post Racing subscribed members this morning it has been backed overnight 8/1 > 4/1 and it is holding that price as I type, with nothing else being supported at all.

For a nine runner race, it’s hugely competitive and I simply apply Stake Management to my figures and punt accordingly.

Eight unexposed 3-y-o’s go to post at 5-30pm and the market is advising a two horse dutch – DHABYAH / GOLDEN PASS. The first named made my New Edge selections but I’ll apply a dutch and see what happens.

The morning favourite has been taken out of the 6-00pm and all I’m seeing right now are adjustments. A no bet race for me, as it currently stands.

Post Racing subscribed members were told all about the move for CASA LOUPI – 5/1 > 2/1 – in their morning Newsletter and nothing else is currently being supported against it. It is a Class 6 and the vast majority no doubt have a career later in life, carrying kids along a beach but this “gamble” was beaten just under five lengths in a Class 3 last time out and surely needs to only reproduce that form, to win this pulling a cart….before he ends up doing just that.

They conclude this meeting with the second division of the Class 6 and all I can say is….HISTORICAL.

Kevin Ryan sends this one horse on a round trip of 458 miles and has persuaded Andrea Atzeni to stick around for this lousy race, worth £2780 to the winner. Atzeni is going to be sitting around for two and a half hours twiddling his thumbs waiting for this race, his last ride before it coming at 4-30pm.

Ryan has only ever booked Atzeni to ride one other horse here previously…it won.

The market was onto this last night and Post Racing members were advised this morning of the gamble….5/1 > 2/1….straight win, on the nose jobby at this end!

Dustin to be the Tale of Twin Cities!