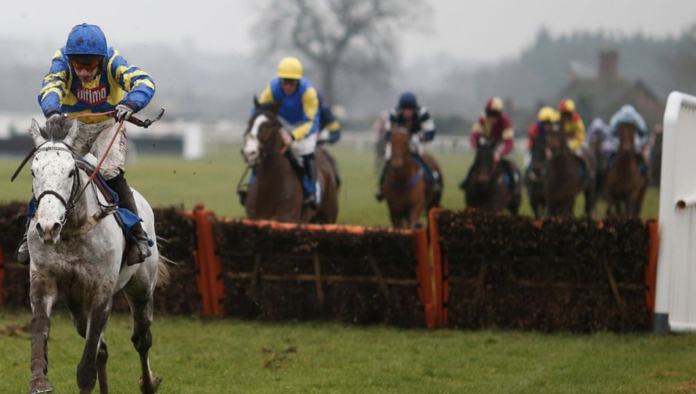 Plenty to look through today so I’ll be brief with the flat racing, more in depth for the jumpers….unless something really does look interesting!

12-45 – HAIJA is a very strong favourite, fluctuating between 11/8 and 6/4 but never allowed to go bigger. By contrast, very little interest is being shown in anything else, perhaps ACHLOIS 8/1 > 11/2 tickling some peoples fancy but it looks like the favourite is “expected”.

The rest are drifting and the tissue indicates the dutch looks profitable.

3-35 – Yet another Group race for juveniles here and I’m not seeing a bean for anything. Another to simply watch and enjoy.

4-45 – In the finale everything is drifting. Not a carrot for anything and just watching these end of season races really is the best advice….punting them leads to that poor house that odds on shots in novice hurdles and chases leads to.

1-00 – Another juvenile event….we are spoilt by these over the next two days! BEDFORD FLYER has come out of the betting pack….4/1 > 3/1….the rest drifting….these races are not my cup of tea in October and, again, I’ll just watch it.

1-35….no point discussing farcical events like this, the 1/4 shot wins if he turns up with a leg in each corner.

2-05 – A 20 runner all aged handicap would be brilliant to work on during the summer but in October, they scare me stiff.

They go 7/1 the field but we do have a “mover”….OUZO, 16/1 > 9/1….he has been running in better races than this but we’ve reached that point in a flat season when most horses are looking for a break.

OUZO has done my members favours in the past and it does look like he’s expected to run a decent enough race.

2-40 – If you think you can rely on horses to still be holding there form after a long season, then you know more than those looking at playing these races because nobody is. The only move here is for a Pricewise selection and that won’t be punters money, that the layers shortening it because they scare easy. PUNCTUATION is 20/1 > 12/1.

3-10 – Another juvenile contest and they really do nothing for me, as a punter. I’ll watch them, express an opinion but who knows how those having just their seconds run, or making debut, will get along? Some think Tim Easterby’s SHOWALONG was worth a couple of quid….7/2 > 11/4….but it’s hardly a mover….or a shaker.

If punting juvenile races is you bag, dutch that first two named.

4-50 – Best of luck here, you’ll need it. You have 18 all aged handicapper going head to head, five of them wearing first time head gear, one of those running first time following a wind-op, and the current favourite a beaten favourite last time out.

Unsurprisingly, not a sausage for anything at all….one to watch, enjoy, and forget.

2-10 – tHIS IS WHAT MY MEMBERS RECEIVED THIS MORNING:

NOTE: This race is a prime example of why I send out “sighters” right now. Only two have winning form on the going as currently described, most have been off the track for months, the recent winner, VORASHANN, who is officially 8lb well in here, rates plum bottom and if you were to run this race in six weeks time, I’d be much happier with what came out. My own play here would be a 20/80 BLACKO, in my top six and he has been backed overnight.

2-45 – Good little race but the players are simply letting it happen….not a penny piece for anything. It’s all a bit like spitting into a wind right now and your told not to do that as a kid!

3-15 – The Persian War Novice and it’s long odds on that Nicholls get’s his season rolling with MCFABULOUS, currently 8/11 that one, 6/1 bar. I’ll watch with interest but as I keep saying, punting odds on in Novice events is going to lead you to the poor house.

A no bet race, obviously but, interesting.

5-25 – They are coming strong for ASK DILLON, who reappears after an absence of 211 days. Opened 10/3 > 9/4 and they are giving the rest a wide berth. Looks like Fergal has this one ready on debut.

5-55 – They end with a Conditional jockeys race and it’s John Flint’s AMATEUR and Kim Bailey’s ILLUMINATED BEAUTY the punters are interested in….4/1 > 10/3….8/1 > 11/2 respectively….but this is another race type I leave well alone.

This week I’m looking for birdies in the Canaries