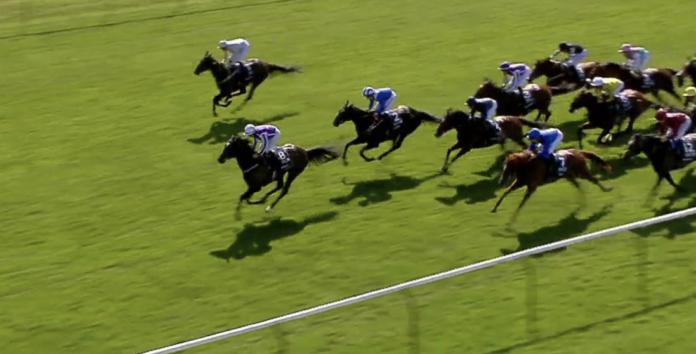 On Tuesday lunchtime a week or so ago I was lucky enough to get invited to attend a press conference live from Saudi Arabia regarding the 2021 renewal of the Saudi Cup – by zoom naturally but intriguing nonetheless and hosted by the excellent Nick Luck.

Normally I don’t take too much notice of these things but in the current situation any positive story could be seen as a good story, and it did at least get the brain whirring away about what could still be seen as a new kid on the block.

As an old fashioned sort I live and die by the tradition and the pomp and circumstance of the likes of Royal Ascot, Glorious Goodwood, and of course the Cheltenham Festival to name but three, but I am beginning to feel as if I need a refresh, and to be dragged kicking and screaming in to the 21st century at last. Money does quite clearly talk in the world both in and out of racing, and the $20,000,000 prize fund for the Saudi Cup cements their place as the richest race in the World ,and will no doubt attract the superstar entries they are clearly looking for.

Rewind to February and they had their Saudi Cup debut which has now been marked down as the best dirt race of 2020 – high praise indeed and a pat on the back for all involved. More importantly for them, if they can keep attracting the calibre of horse they have managed so far (22 individual Grade One winners competed last year in the various races), then they will get the race upped in class in next to no time – yet some still claim that money isn’t the focus of owners’ attentions.

Back to the press conference and I will confess – this time last year I expected a flash in the pan idea, a one off to annoy neighbours Dubai by taking the title of World’s Most Valuable Race and never to be heard of again, but no – they have a cunning plan that may not add up to World domination, but is enough to at least make the rest of the industry sit up and take notice.

Firstly, they have kept the astounding $20,000,000 prize money for the big race in 2021, going against the grain in an era where prize money is being slashed worldwide, and a shrewd move that seems sure (travel restrictions allowing) to attract the best horses on the planet across to King Abdulaziz racecourse on the 20thFebruary 2021, a date for all our diaries.

Not content with holding prize money steady for the main event they have actually increased the pots for the supporting card with the Saudi Derby upped from $800,000 to $1,500,000, the Obaiya Cup for Purebred Arabians upped to $2,000,000, and the Jockey Club Local handicap doubled from $500,000 to a round million – only numbers I agree, but ones that suggest they really do mean business and are here to stay.

Add in an International jockeys’ challenge on the Friday with $100,000 first prize and a mixed field of seven lady jockeys, five Internationals, and two Saudi pilots and it seems fair to say they seem to be moving things in the right direction, with last year’s event encouraging local women in to the ranks of both jockeys and trainers, partly thanks to the 2020 challenge where Sibylle Vogt beating Mickaelle Michel for a female one two, with Mike Smith back in third.   So, what do I really think about all the rumpus made about what was originally seen as a one-off that would never make it on to the big stage? I think that if the current powers that be remain at the top of the Saudi equine tree this event is here to stay and will go from strength to strength. I think that in a world where racing can take its participants at all levels for granted, the Saudi team led by Prince Bandar intend to improve year on year and make this one of THE events to attend on the International racing calendar. I think that if the likes of John Gosden, Bill Mott, and Freddy Head sing their praises then they must have already got plenty right, and that if they stick to their word, we can expect even more over the years ahead both in prize money, in the supporting card, and in new innovations to engage the watching world. They are already looking at an alliance with other racing jurisdictions in the region to promote a local powerhouse but are doing so with the full knowledge and support of the racing authorities, making themselves less of a lonely satellite and more an integral part of the bigger picture. Yes, money does talk, both in the short and the long term, and the prospect of Saudi wealth taking a bigger interest in the racing industry will be at the back of many minds, but I still get the feeling these guys are here for the duration and not just for their own benefit, and if that assists the rest of the racing industry, what’s not to like and I with them the very best of luck with their future endeavours.