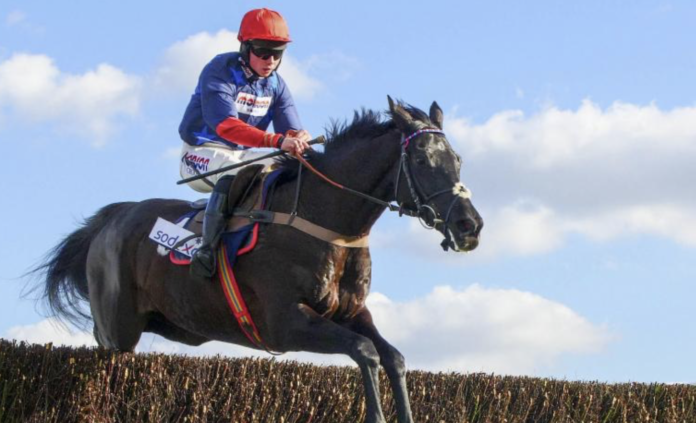 I’m now leaving the flat behind and concentrating my efforts on making us all a profit from the jumpers. Given some of the results we saw at York yesterday it’s probably best we do say farewell to the flat boys and look to see what the jumpers are doing in the market place.

It’s simply indicative of where we are with the new season and why everything should be treated a “sighters” until we move away from this state of flux.

This ia good race and one I’ll enjoy watching….but not betting on.

12-55 – Three are being sniffed around but not what I’d say, punted. Nice to see the Podcast selection both Sean Trivass and I agreed on being supported and I’d be confident the two I personally put forward as potential winners of this race, contains the name of the winner.

I’d expect my figures to trump the market here if this was being run in the core season but it’s mid-October and expect the unexpected.

1-55 – Just another example of the market being the best guide comes here….if the money is right. I’m seeing a horse whose last three runs have produced form figures reading PPP….and they have punted it from 20/1 > 10/1, with those at the head of the market drifting.

It would appear RYEDALE RACER will complete today, if that money is kosher.

ANTEROS, a 12 year old whose last five runs have produced form figures reading FPUU6 is 20/1 > 11/1….in the real world those horses would not be punted but we don’t enter normality again until Badger Day at Wincanton.

It’s a race I’d be working on if this were November but here we see why I have not.

3-40 – Bumpers turn me right off I’m afraid. It’s often the case we only get an inkling of what might be expected in the minutes before the off and whilst LET ME ENTERTAIN U is strong at the head of the market, someone seems to think SAMBEZI might be up to hitting the frame at the very least, 8/1 > 5/1.

Here though I advised Post Racing Subscribed members this morning that LEOPOLDS ROCK had been extremely well supported 16/1 > 11/2….well, that money is still coming….now just 7/2 and if that thing fails to win now, someone will not be happy.

1-40 – This race has been the plan for HELL RED since they bought him from France. Nicholls has won five of the last 10 running’s of this race, with good horses, and it’s odds on he does it again today with this one….8/11 in fact.

2-12 – My top rated horse, FRIEND OR FOE, has been punted off the boards since my morning Newsletter went out….7/2 > 9/4….and yes, whilst their has been market adjustment because of two coming out, this is punters money doing this. More than happy with my figures.

2-47 – My figures again look solid here and it’s my second highest rated horse, SECRET INVESTOR, 9/2 > 11/4, that punters have latched on to. All looking good then, eh!

3-22 – Gutted, I was so looking forward to seeing FIDDLERONTHEROOF make his chasing debut but he’s another they have tugged out….not sure what is going on at Chepstow but a good few have been taken out across the card. Not a race I have an interest in now and as it’s just four going to post and a market simply adjusting, I’ll abstain and watch only.

All I know is a good few horses are being taken out and we may have a going issue….which is not yet apparent to those not in that loop!

No betting here, I just want to see my top rated prove my figures and those supporting him, right!!

4-32 – Three have come out here and I really am loathe to do or say much of anything until I know what is going on. What I can tell you is that whatever it is, connections of THE BAY BIRCH seem to think it will suit them….3/1 > 15/8.

5-42 – Another four out in this one….yep, let’s up stumps until we’ve seen for ourselves just what is going off at Chepstow.