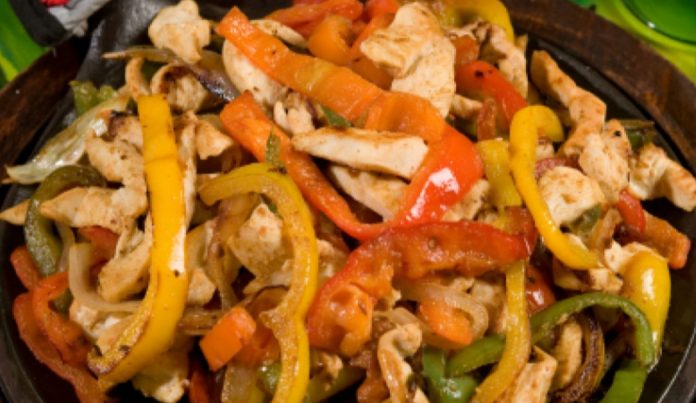 We saw some very positive results produced here yesterday, the markets most definitely pointing us in the right direction and, when allied to the morning Post Racing Newsletter, my subscribed members will have most definitely noted the likes of AMOOLA GOLD, 8/1 > 4/1, as potential winners of their races.

Two meeting to work with here and we’ll start with Carlisle….

12-20 – They start with a Conditional jockeys race, 17 runners and whilst we have nothing “moving”, I can confirm the tissue favourite GORTROE JOE, is not by any means weak….4/1 > 3/1.

The morning favourite, by complete contrast, is 7/2 > 15/2….they cannot give CLONDAW PROMISE way, even were they going buy on, get on free!

A no bet race for me personally but if you fancied a 20/80 GORTROE JOE, it would appear a profit will be made.

12-50 – The markets had been very quiet overnight but I did advise my Post Racing subscribed members earlier this morning that GLORY AND FORTUNE was an OMM….4/1 > 10/3….still rock steady at that price.

You could well consider a dutch, or simply play both 20/80, if you can achieve a profit by doing so.

1-20 – The front two on the tissue are uneasy here due to the move I have seen for BASS ROCK. A right punt is taking place here, 12/1 > 6/1 and the trainer of this one has a serious record with hurdlers running in non-Handicaps at Carlisle….three winners from the seven such types he has run here.

Fergal O’Brien trains the current favourite, STONER’S CHOICE….but he has only sent five here in the last five years….not a sausage.

1-52 – Division II of that one above with and nothing strong in the market at all. I’m seeing place money for SHE’S A ROCCA – 14/1 > 9/1 and of the pair heading the tissue, LOUGHAN and MACKENBURG, it would be the latter strongest.

Not a betting race by any means.

2-26 – LOOKSNOWTLIKEBRIAN topped my ratings, I advised my subscribed membership that it was an OMM, the last time it won a race of any description was here in 2018, and if ever a horse has looked “off”, it is this one.

Since my Newsletter went out, they have now come for the favourite, CAGE OF FEAR 3/1 > 9/4 so all things considered, I’ll be a bit stunned if the winner is outside that pair. A two horse dutch would be my advice.

My top rated is a massive price but has a definite chance here and even though my second highest rated has been off for 543 days, he too will be fancied, coming from the yard he does.

A really interesting, competitive race….looking forward to watching it.

4-11 – The market is always…well, nearly always….the best guide to these races. Right now it tells us one of NO RISK DES FLOS / PEKING ROSE wins this Bumper. The first named is 7/4 > E, PEKING ROSE 4/1 > 3/1 and it’s then 7/1 bar….the third and fourth favourites being massive drifters.

2-10 – A maiden hurdle starts this off and it’s a weak one. It would appear nobody is expecting anything here as the market is becalmed….I guess you could say TALK OF FAME just caught a puff of wind in it’s market sails, 8/1 > 13/2 but it will be e.w. money that did that, nothing you’d call a punt.

2-45 – A Novice Handicap Chase….this could get nasty. They are coming for the Tizzard runner, PRINCESS MIDNIGHT….11/2 > 4/1….racing second time following a wind-op but if you fancy getting stuck into one that has placed just once from 11 starts under rules, “you are a braver man than I, McDuff!”

You just watch such races and wince as half of them demonstrate to connections they should never have been asked to jump a fence in public.

3-20 – This Novice Hurdle is now down to four runners, and here you have an opportunity to head towards the poor house by backing a Nicholls odds on shot that is being asked to prove his run of two days ago, when he was beaten at odds on at Hereford, was wrong.

I imagine when John Dance bought this Sea The Stars for 70,000Gns, he was not thinking novice hurdles around Hereford and punters are letting it slide…8/13 > 8/11, with bits and pieces coming for DAVE AND BERNIE 9/2 > 3/1.

You bet such races only if you need to have a bet.

3-55 – The first of my three rated races here and it’s a major punt going on….ANDALEEP, 11/2 > 11/4….rates fourth best on my numbers but arrives fit off the flat and that’s worth a stone right now.

My top rated four horses are the right top four and with that one being gambled on getting over a stone off the three rated higher than him, it could be that sharpness get’s him in front, in a race he would not win this time next month.

I’ll settle for my top four being the first four home, in any order….at least then I’ll know we are close to getting cracking again.

4-30 – None of the seven taking part has won on the going as was described when I finalised my work and when I see a top rated horse sitting there -14, I have to think I have better things to do than have a bet in such a race.

A few people have been nibbling away at FORGOT TO ASK 10/1 > 13/2 but I don’t see him staying this trip as well as a few others. His sole chase win to date came over two miles? I’ll just be watching.

5-05 – My last rated race of the day and we have a mother and father of a punt going on….HATTAAB 20/1 > 9/1. The yard is in seriously decent form right now and that would be the only reason you could punt this one….another well backed bottom rated horse.

He wears blinkers for the first time today, but he’s one win from 30 attempts under rules and his last three runs have seen him finishing 8th of 8, PU, and 7th of 9….

It’s as I keep saying…middle of October….all manner of weird and wonderful things are going off….I felt my top rated here was “right”….5/2 > 4/1….nobody wants to know.

Again, I’ll just watch and hope my figures make some kind of shape.

5-35 – They end with a Conditional Jockeys Handicap and not a carrot for anything. At 5-35pm, I’ll be cooking chicken fajitas, boiling some rice, warming the tortillas, and thinking food….this will happen, I’ll probably never know the result, far more interested in getting my seasoning and spices right when putting the meal together.

Only Fakenham this afternoon and not much to report