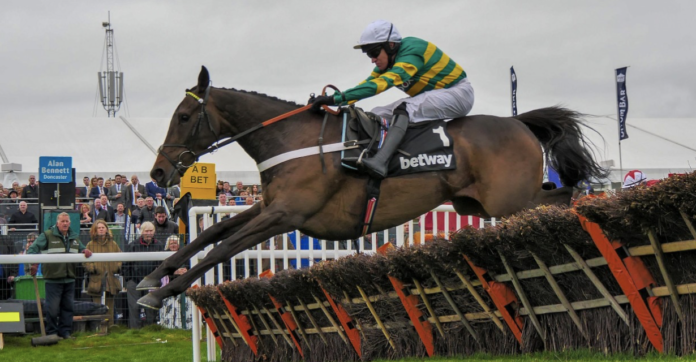 Some lovely winners highlighted for you yesterday, FLEGMATIK 11/2, MACKENBURG 9/2 amongst them and watching the markets like a hawk, then delving a little deeper into the form etc is creating profitable opportunities for us and I’d be expecting more of the same today, even if Fakenham offers up some very small fields.

12-20 – It doesn’t seem to matter how short they go, punters are lining up to play THIRD TIME LUCKI. I advised Post Racing subscribed members earlier this morning that this one had opened 4/9 and was quickly backed in to 4/11….and the best price now is 2/7.

It’s 10/1 bar….and I’d be hard pushed to nominate a place play as nothing else is looking worth a shekel.

12-50 – WILD ABOUT OSCAR is another short priced Skelton runner, punted 5/4 > 4/5 and again, absolutely nothing is attracting a penny piece of punters money. It looks like Harry “Bag of Spanners” Skelton will ride as quick double.

1-20 – Post Racing subscribed members were advised earlier that NAIZAGAI was 2/1 > 11/8 and he now trades favourite. Not because of further money for him, more a drift of the early favourite MAGNA MORALIA 5/4 > 13/8.

The Skelton runner here is CABOT CLIFFS, running for the very first time and already having had a wind-op. He also sports a hood for this debut run and the market says “NO!”….11/4 > 9/2.

Not a race I’d be in a rush to place a punt on.

The thought of parting cash with a brass farthing on an 18 runner Novice Chase has that warning sign flashing in my brain….big neon jobby it is….”DON’T DO IT!!”

The market has taken a firm shape this morning and indicates one of ESPION, POETIC RHYTHM or CAPTAIN DRAKE wins this.

2-53 – What a brilliant race this is. I love these big field handicaps, I love working on them and even better is watching them….amazing stuff.

The market has EASY BUCKS clear favourite, and I had advised Post Racing subscribed members he was 5/2 > 15/8. That was far to short for such a race and he’s now eased….9/4.

In the last couple of weeks we have seen Chris Gordon land a couple of touches and here his REALLYRADICAL is a proper mover….20/1 > 12/1.

This though is a race that has five wearing first time head gear, two running first time after a wind-op and GARS BAR DINE having his second run following that operation.

It has more if, buts, whats and maybes hanging over it than will be the case this time next month and my only advice could be….watch only.

But he is just 1-21 and if you were wondering whay I do not produce figures for Class 5 races right now, here you have it!

3-53 – They call it a day with a Mares Bumper and two are being supported here:

Bumpers are a law unto themselves and best watched.

1-00 – A Conditional Jockeys Selling Handicap. The only OMM I had to advise my subscribed members of at this entire meeting was SKEAPING, 5/1 > 3/1….now 11/4 and he is a previous CD winner….he won the inaugural running of this race last year.

Apart from that, it’s a complete dog of a race.

2-10 – Five runners and you may well eventually be asked to punt a Nicholls runner odds on….in a Maiden Hurdle. You wouldn’t though, would you?

2-40 – Four runners….I’m just sitting here shaking my head. All I can say is I’m glad I’ll be otherwise engaged doing the Podcast when these Mickey Mouse races are taking place.

I have Rated this one and like I keep saying, if this were mid-November I’d be much happier but the market is saying I can forget it.

Right now only one horse is being supported, XCITATIONS 8/1 > 6/1….not a penny for anything else and this horse rates just 11th best on my numbers purely and simply because he is totally unexposed, just four runs over hurdles previously.

A race I’ll enjoy watching but, that’s all.

4-10 – A Novice Hurdle to conclude the day here with many lightly raced sorts and a few making debut. The market strongly suggests one of MEDALLA DE ORO or CORMIER wins this, although whilst it is 9/1 bar that pair, they are not particularly strong?

MAWLOOD, running second time following a wind-op is being supported to e.w. bets….33/1 > 16/1….but this would never be a race I’d be rushing to play.