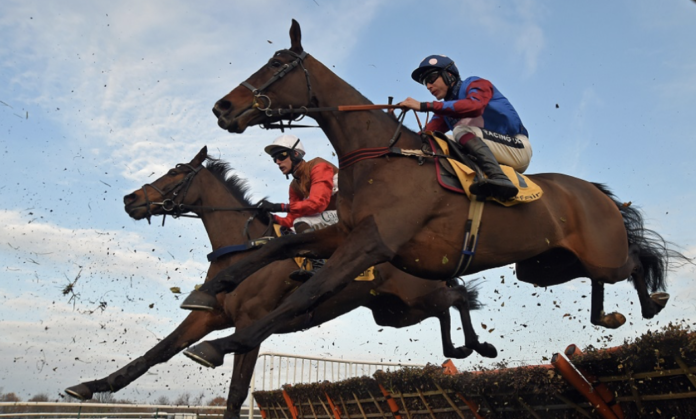 A very busy day with three meetings taking place at Kempton, Sedgefield and Ffos Las. I do not produce Ratings for that last named track but will always be looking to see whether or not something is going off there and today I have a good few to advise you of.

We will start with:

Nothing outside that pair is seemingly expected to win this.

1-45 – My Post Racing subscribed membership were advised earlier today that FAIRWAY FREDDY was being supported overnight 8/1 > 6/1….now just 9/2 and vying for favouritism. Still very much a 20/80 option.

2-22 – Just four going to post and the front three on the tissue are weak, with a bit of sniffing going on around MRS HYDE, 8/1 > 15/2 > 7/1….not a race that interestes me from a punting perspective but should make for decent viewing.

2-57 – Two have been pulled here, including my third highest rated, which would bring on LEAPAWAY by “natural progression”, into a top three dutch.

The money, despite adjustments, is coming for DARLING MALTAIX, 11/4 > 15/8, the rest simply reflecting the fact we are down to seven runners.

I’d be expecting that one, which sits second best on my figures, to prove very competitive.

3-32 – The horse Sean and I expected to win this (Podcast), has been smashed off the boards. Advised as an OMM to my subscribed membership, VERDANA BLUE, 10/11 > 4/6….now 8/13 and nothing at all is being supported to get close.

4-07 – My third highest rated horse has again been pulled so POKER SCHOOL, who was 4th best, now leaps into my top three rated and that horse is the one being punted, 12/1 > 7/1. That again takes into account Market Adjustments, and I woukld be most comfortable simply working a top three dutch.

I’d not be looking to play here because, as I say constantly, punting odds on in Novice and Maiden events will have you in the poorhouse pretty sharpish.

2-15 – You are being asked to take 1/3 about a horse running for the first time in public, over obstacles….you simply wouldn’t, would you. As the Racing Post Spotlight Comments section says, “looks the one to beat….provided she takes to hurdling. One to watch only.

3-25 – A Beginners Chase and nothing at all is interesting the players. They have sent MING DYNASTY over from Ireland but that’s eased from 11/4 favourite to 7/2 joint favourite….a race to simply watch.

This one was a winner for Aiden O’Brien then moved to a guy called Halley, who trained it to race just once over hurdles in Ireland. It ran third to FILON D’OUDAIRIES, with BENTHAM second and a horse called SAY IT AIN’T SO in fourth. The runner up won next time up by six lengths at Bellewstown, and the fourth placed horse won at Clonmel on the 3rd September.

Again, I’ll just watch but this thing looks off.

4-33 – The first of my two rated races here and if the market is right it’s BBOLD winning this, wearing first time headgear. Advised as an OMM to my Post Racing subscribed membership 7/1 > 9/2, the money still comes and now 7/2 is the best you can get.

The only horse offering any market opposition is my top rated, BRIAN BORANHA, 8/1 > 6/1….I would suggest a two horse dutch might secure a profit here, if you are playing.

5-10 – My second rated race here. This morning my membership received their Newsletter advising ROCCO had been well supported overnight, 14/1 > 10/1 and now 8/1 is the biggest I can find. However, my third highest rated horse ELYSSES, is 6/1 > 4/1 favourite and very strong.

I’d be inclined to simply dutch that pair.

5-40 – The meeting Bumper and it’s simply all about one horse….DARGIANNINI was advised an OMM to my Post Racing subscribed membership 3/1 > 7/4….now 6/4 so with the trainer having a 40% strike rate all runners here, it looks “proper”.

One of that pair apparently wins this and I’d be doing the same here as with that first race.

They do seem to feel LOTS OF LUCK, first run following a wind-op, is “the one” and with the yard in form, I’d be inclined to agree.

2-35 – A three horse race and one I’ll be tuned in for. I have been really looking forward to seeing FIDDLERONTHEROOF jumping fences and, as I said in a recent podcast, this horse will be in my 20 to follow and one of the reasons Robbie Power has relocated to England for this winter.

Only three going to post but it’s very nearly 2/1 the field….what a little cracker this should be.

3-10 – The Welsh Champion Hurdle and it’ll be a doozie to watch….but not for betting. The Market is fluctuating wildly even as I type this but if I had to point to one shortening more than the rest, it would be BUZZ….12/1 > 8/1.

Rubbing my hands at the thought of this one….you don’t need to have a bet for a race to have you on the edge of your seat….well, I don’t!

Racing first time following a wind-op, it very much appears it will work!

4-20 – This meeting ends with a pair of Bumpers and in this one Harry Fry’s PARSONS PLEASURE appears to be home and hosed. I advised Post Racing subscribed members this was “off” in their morning Newsletter, 8/1 > 6/1…well, now just 3/1.

The sensible play would be a dutch, as the rest are simply friendless on the tissue and they have shown their hands early.

Today’s Ratings and Scribblings for Nottingham – 29/07/21

A DAY AT THE RACES – DURBAN STYLE!