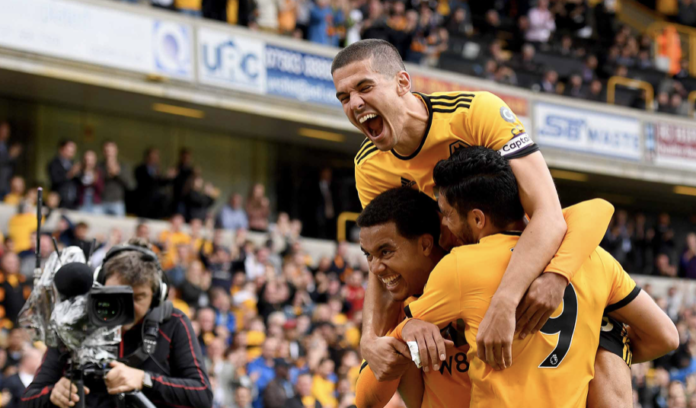 I thought that went well last week and am starting to feel confident in making the odd prediction in addition to trying to solve The Post Racing Predict The Six.

Seven games in and it should now start to settle down. We’ve seen both Villa and Everton start to resume normal service and the league will now start to look as usual, but that will be the same for every league.

Leicester are not playing well at home but Wolves are playing well away and in head to heads we see they’ve met seven times, produced two wins apiece and drawn three so they are evenly matched. Leicester are averaging one point per home game and Wolves averaging two points away from home and games between these two produce an average of 2.14 goals per game.

Expect it to be very tight. They currently occupy 2nd and 6th places in the league, respectively but only two points separating them.

City are playing well at home while Liverpool are not so hot away from home domestically. They have been beaten by Villa and drew with Everton, the two sides whose bubbles have since been popped.

Man City are averaging 1.5 points per home game, Liverpool averaging 1.33 points away from home. Liverpool are top of the league because of their home form and City sit 10th, five points behind Liverpool but, having a game in hand.

Goals are not scarce in games between these two sides, every game averaging 2.97 goals and with both teams having played in Europe this week, tiredness could creep in and making sure that average is kept up.

The domestic away form of Liverpool leads me to think City will outscore Liverpool.

Reading are top of the league, Stoke sitting 11th. The head to head data implies it will be closer than that though as they have met six times and Stoke have won one, the other five ending in a draw.

Games between these two have an average of 1.83 goals and with Reading averaging just 1.4 goals per home game and Stoke averaging just one goal per game away, I expect that average to be maintained.

Very close call and I feel if one side will edge it, it will be reading but the draw looks sound.

The home team are next to bottom in the league right now and Barnsley sit 18th.

They have met 19 times previously and it’s 7-5 to Derby, the other seven ending in a draw. Scoring goals is a problem for the home team with just 0.2 goals per home game this season, but Barnsley only have a 0.8 goals per game away from home.

Derby concede fewer goals at home averaging 1.8 compared to the 2.0 Barnsley concede away from home.

Preston are performing superbly away from home and won 3-0 at home ground of the team sitting top of the league recently.

The league table shows Preston sitting 12th and Rotherham 19th. The head to head stats suggest a close game as they have met 10 times, won two each and drawn the rest.

I can see both teams scoring as Rotherham net in 60% of their home games, with Preston scoring in 100% of their away games.

In the league table Millwall are in 8th, six points off top spot, Sheff Wed bottom on -1 points but better off than they were having had their 12 point deduction halved. That might give them a boost.

They have met 12 times so far and it’s the home team winning the head to heads 5-2, with five drawn.

Sheff Wed average just 0.6 points per game so far, Millwall 1.6 points per game. In previous games between these two teams they average BTTS 75% of the time but two of the last three games ended 0-0, the other 1-0 to Millwall.