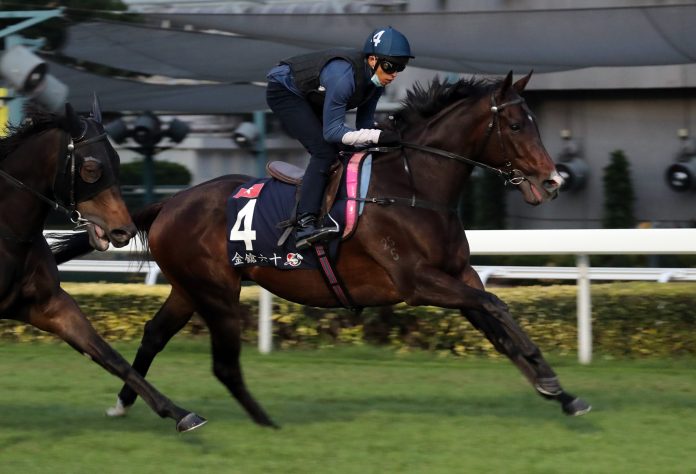 I don’t know about anyone else but my social media memories are a source of constant annoyance as they remind me of trips taken to the races in past years while 2020 remains a frustrating blank for obvious reasons.

This time each year I head off to Hong Kong for the international races, the highlight of my calendar with the rich combination of top quality racing, challengers from around the globe, amazing facilities, old friends, and of course, amazing food.

Sadly, I am forced to write about the December 13th renewal from my desk here in blighty, but that will hopefully take nothing away from the quality fields as they compete for over £5.2 million in prize money, and that is just for the winners with plenty of decent figures up for grabs for the placed horses as well.

Before I get to Sunday, Wednesday evening at Happy Valley deserves more than a passing mention. We all know that International Jockey competitions are “de rigueur” around the globe these days, but this is the big one, where expectant jockeys watch their mailboxes in the hope they receive an invite. From a betting perspective I am sorry, but I can’t get too excited, mainly because my ignorance of Hong Kong handicap form can only sink to new depths, but if you want a “who’s who” of jockeys, then this is the place to be. Only four of the nine race card will count for points, but what a stellar line-up we have for those who love their racing on a grand scale. From a British perspective we have Ryan Moore, William Buick, Hollie Doyle and Tom Marquand,  but they will have their work cut out against local heroes Zac Purton, Joao Moreira, Karis Teetan, Vincent Ho, Alexis Badel and Neil Callan, with Mickael Barzalona and Pierre-Charles Boudot adding a bit of gallic flavour for the French. As already mentioned I won’t be having a bet myself on any of the races concerned, but I will risk a little on Joao Moreira to bring home the bacon as leading jockey – he may not have the best book of rides (according to the betting), but he is as good a jockey as I have ever seen (and I am old enough to remember Lester), and if he is in with a squeak on any of his rides he won’t be far away.

On to the Sunday and it will seem strange for the jockeys, owners, and connections with a crowd limit of 400 – remembering that Sha Tin holds a capacity crowd of 85,000 and is normally heaving to the rafters for one of their biggest days of the year. Whether the horses care about fans or not is a moot point, but they will know they have been in a contest with challengers from Japan Ireland and France all looking to snaffle some of the riches on offer.

At this time most years I will have been watching track work, talking to trainers, jockeys and stable staff, and bending the ears of the local journalists for something to help me decide those with the best chances, but 2020 is, as we all know, very different. Luckily for me, the Hong Kong Jockey Club are a class apart when it comes to keeping the media informed and I have received regular updates including track work videos, though I cannot pretend it is quite the same as being there in the flesh.  Excuses out of the way and time to go through the four races – one winner will do me to be honest (it is that competitive), though be warned – I hold an unconscious bias to the European challengers, if only because I know their overall form so much better than the rest.

Seven runners but on paper at least, it really does look like a two horse race. Local hero Exultant is likely to go off odds on sadly and rightly so with a race record of  thirteen wins from thirty-one starts and over £7,000,000 in win and place prize money, including this contest in 2018. Zac Purton rides for trainer Tony Cruz and with four course and distance wins to his name he deserves his place at the head of the market, but I am going to rely on the sublime training skills of Aidan O’Brien and put my money on Mogul. I will freely admit that the marketing soundbites regularly attributed to Ballydoyle for commercial reasons regarding their future stallions do need to be taken with a pinch of salt,  but Aidan has always waxed lyrical about the son of Galileo who won the Grand Prix de Paris at Longchamp in September before a three length fifth in the Breeders’ Cup Turf in Kentucky last month. His connections know the sort needed for this having taken first prize in both 2015 and 2017 with Highland Reel, and perhaps crucially, he gets five pounds from the jolly as a three-year-old which may yet make all the difference. Ryan Moore will ride which is never a bad thing in my book, though it will be interesting to see how he is ridden in such a small field where there may well be a lack of early pace.

Six furlongs here and a contest where the break from the stalls may well make all the difference between winning and losing. Once again we have a short priced favourite, this time in the care of Caspar Fownes as Classique Legend looks to follow up his Everest success on his first start after leaving Les Bridge in Australia. He has had to change handler and stables but those are the only very minor negatives I can find, and if he arrives at the top of his game, he is close to impossible to oppose. Picking a shortie won’t make me any friends I accept, so for those who like a much bigger risk (though sensibly to much smaller stakes), at least consider 66/1 chance Big Time Baby. The six-year-old is third best here on official ratings and can be forgiven a poor run on his return from a seven month layoff when going off far too fast here before fading in to last behind Hot King Prawn, and would have an each way chance if repeating or even getting close to his three-quarter length second to Mr Stunning in the Chairman’ Sprint Prize here in April.

Despite another rather lop-sided book this is one of my favourite races on the card and should be a real cracker. The question we need to answer here is the balance between having he winner, and making the most profit, and with Golden Sixty at 4/5 as I write, they may not be the same thing. Francis Lui has a real superstar on his hands with the market leader as he looks to win his fourteenth race and eleventh in a row and as he keeps improving then he will prove impossible to beat, but the temptation is to go for something at a bigger price for a top three finish. Sadly, my old mate Beauty Generation is starting to show his years at the age of eight and may not be the force of old, yet David Hayes reports him to be working as well as ever and at 10/1 he only needs to place to offer a decent return.  He could do just that, as could Aidan O’Brien’s Order Of Australia who was last seen winning the Breeders’ Cup Mile, and although a shock 40/1 winner that day, if he can repeat that he won’t be too far away at a sorely tempting 12/1.

And so to the finale, the most valuable race on the card with over one and a half million pounds to the winner – they really do put our prize money to shame. A mile and a quarter this time around with a truly international field including representatives from Japan, Ireland, France, Singapore – and of course, the powerful local challengers. Win Bright took this last season at odds of 22/5 but is an even bigger price for the 2020 renewal (9/1) after a pair of below par efforts including a tenth to Almond Eye in the Tenno Sho last month when sent off at odds of 180/1! He arrives here under a bit of a clue, and I can bypass him for that reason, leading me to the aptly named Magical. Once again, I find myself mentioning an Aidan O’Brien runner but in her case, she is a true class act having won races of the calibre of the Pretty Polly Stakes, the Tattersalls Gold Cup, and the Irish Champions Stakes (and that’s just this season), with a second in the Breeders’ Cup Turf in Kentucky last time out with the likes of Lord North and Mogul behind her. My main concern is that she has had a long hard season (six races in all, starting in June) and has the journey to contend with too, but she is the one they all have to beat and won’t be far away if remaining at her peak.  Furore (Hong Kong) and Danon Premium (Japan) sit close behind her in the betting, but I have a sneaky feeling we will see a big run from Skalleti representing French trainer Jerome Reynier who seems especially bullish about the five-year-old. I suspect he is a horse most have never heard of, yet a look through the formbook suggests he comes here with every chance.   The winner of twelve of his sixteen starts (and eight of elven on the turf), he beat Arc winner Sottsass by a neck at Deauville in the Prix Gontaut-Biron in August and finished ahead of Magical when runner-up to Addeybb in the Champion Stakes at Ascot in October, and if he can reproduce anything like that on the quicker going he will encounter here, then he looks the value call at 9/1 for an each-way punt.

Skalleti each way 8.10am Sha Tin

ALL PICTURES COURTESY OF THE HONG KONG JOCKEY CLUB

Going news on day one of the Qatar Goodwood Festival