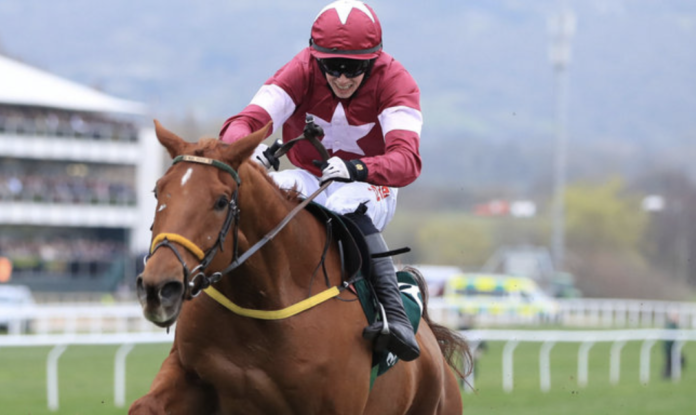 Another very good day yesterday, with five of the seven races producing profit. Today’s racing is “mucky”, low grade and I’d not be confident of anything but, every race will have a winner and we’ll give it a shot.

I’ve seen one or two being seriously supported, such as that one in the Leicester 3-10pm….poor race but the money is down!

1-40 – A selling hurdle and nobody looks to sell a good one so, you know what we are dealing with here. Two being nibbled at more than most, GOODBYE DANCER 5/2 > 2/1 and MIZEN MASTER 13/2 > 9/2….they cannot give away either PARICOLOR or FERROBIN

The first named won at Cheltenham last year, fell next time out and it’s been downhill ever since but they’ve put cheekpieces on today and if he were to put his best hoof forward, he’d win this.

2-10 – Only four racing here and we have a strong odds on favourite in ZAMBELLA…small field races always give me bad wind and I’ll just watch.

2-40 – The OMM advised here is now weak as they are steaming in to WHEN YOU’RE READY 7/2 > 5/2 and CHAZZA 15/2 > 11/2. I’m going to look at working this race like so….Dutch rated horses 2, 6, 8….I’m not a fan of Leicester and staking here would have matched that anyway but this market is pointing me in the direction of clues and I’m of a mind, right now, that this will be the best way to work here.

3-40 – If the market here is right then FONTAINE COLLONGES wins. The 6/4 has gone, now best around Even money…..the Olly Murphy runner that opened favourite last night, NO RISK DES FLOS is 5/4 . 2/1.

1-00 – The third favourite this morning, MAKE MY DAY has been pulled out and so what the market is now saying is, this rest between TALLOW FOR COAL, HERE COMES JOHNY, and SUBLIME HEIGHTS 15/2 > 9/2….which looks more than a mere adjustment and if forced, I’d go 20/80 that one.

1-30 – NATURAL HISTORY opened 4/11 to make a winning hurdling debut but you can now have 4/5. The second and third favourites GERICAULT ROQUE 3/1 > 2/1 and LOUGHAN 9/2 > 10/3 are shortening not because they are being backed, but simply because of the weakness in the favourite. It’s 25/1 bar this trio….one of them wins it and if NATURAL HISTORY runs to anything like his flat mark, he wins this without turning a hair. His last run on the flat saw him beaten less than two lengths in a Group 3 and it’s a long time since I last saw a flat horse rated 100+ go jumping and it took 105,000Gns To get him from the Horses in Training sale last October. He should win.

3-30 – The OMM advised this morning is now a non-runner which has lobbed a feline into the canary cage as far as the market is concerned. I’m now seeing nothing I’d advise as a mover….or a shaker….just feathers flying everywhere.

A look back at yesterday