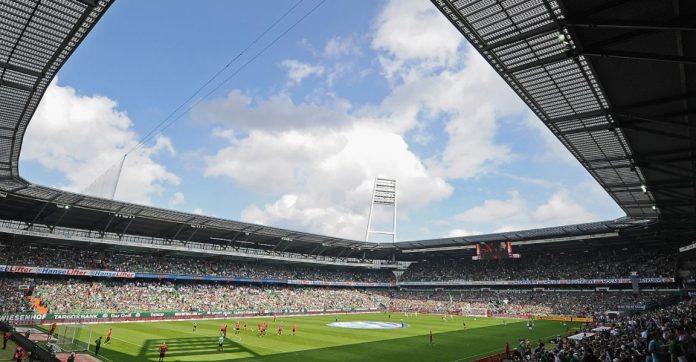 The shackles have been taken off me and I’m really pleased Ron has managed to get a few more subscribers. That will pay for pizza this weekend. Thanks.

I love the Bundesliga as I turn a profit from this league very regularly, and tonight I would like to think I’ll be able to pay for extra toppings off the back of this game.

Frankfurt are playing really well right now and have picked up 15 points from their last five games. Their style of play lends itself to goals being scored at both ends and I do like a BTTS bet. That’s both teams to score. They have now gone 11 games without losing and whilst they have won their last five matches, they have conceded in four of them, landing the BTTS on each occasion.

Werder Bremen are playing well at home and are unbeaten in their last three at home, drawing two of them but the league table never lies, so they say, and they are currently separated by 19 points although Bremen does have a game in hand.

Frankfurt are just seven points off Bayern Munich and sit a comfortable fourth, whilst Bremen are 12th. The home side has failed to score in three of their last five games but the way the away side plays will give them chances tonight. They average just over a goal per game and with four of Frankfurt’s last five games seeing both sides scoring and 82% of their games this season also seeing both sides netting at least one, I’ll be happy to have a bet BTTS @ 1.88 as by my reckonings we have a 67% chance of that happening.

Three meetings of pure dross but hopefully we find some brass in the muck!

Predicting The Predict The Six