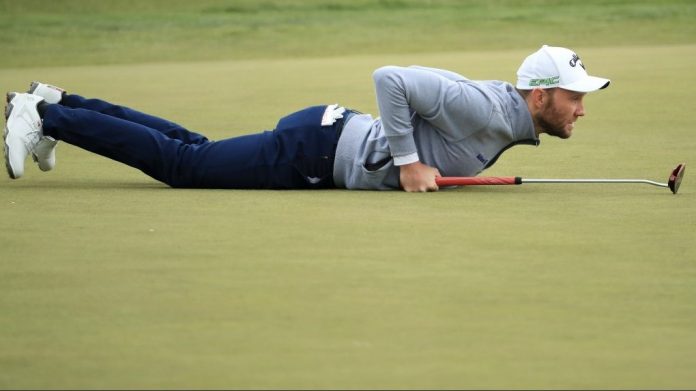 Those who know me will be well aware of my career in the horse racing industry but I have had other strings to my bow over the years including football (where I used to write for the official website of numerous top teams both in England and Scotland) and golf, where I covered the sport weekly for Betdaq until Ladbrokes took over and waved me a fond farewell.

This week I am back in the saddle having a long hard look at The Tenerife Open at Costa Adeje, though be warned – finding winners is never easy with such massive fields (just compare that to horse racing, the mind boggles), though stick with me and I am quietly confident I will get back to providing some profitable each way suggestions, as I did quite regularly in the dim and distant past.

On to the golf, and this is the first of a pair of Canary Islands events on the same course, with the Tenerife Championship next as a replacement for the French Open – damn you covid, as well know variety is the spice of life.

A par 71, it isn’t the longest track at 6857 yards but accuracy off the tee looks likely to be imperative having had a look at the course layout, but for those who do hit the fairways, expect a flurry of birdies and a low winning score. Sadly, we have had no top level competition on the Jose Gancedo designed course since the early 2000’s (2003 to be exact), so course form is close to irrelevant, but we can at least look for players in some sort of form themselves after Gran Canaria last week, though as always, finding value is the $64,000 dollar question.

One thing none of us can accurately allow for is the wind factor, with the weather forecasts as unreliable here as they are back home, and I am wary they may yet have a massive say in the end result. You will have undoubtedly noted that other golf articles will invariably use a scatter gun approach and name 4, 5, or even 6 players in with a shout, but on this occasion that could well end up as money thrown away should the swirling winds get involved, and we will sensibly limit our options this week for that reason alone.

To be honest with you, at the time of writing I am more than a touch disappointed with the range of bets the bookmakers are offering up (this is on Sky, after all), and I can’t find a winning score over/under market for love nor money, so it rather looks like each way bets are the order of the day for now at least. Normally, I would be tracking back on form at the course over the last say five years, but as mentioned that is an impossibility in 2021 so we need to look elsewhere for handy hints. Naturally Garrick Higgo will be a popular bet and I will suggest now that he can go on to add a major over the years ahead, but back to back tour victories is possibly asking a bit too much, which is the only reason I have let him play unbacked this week.

***NOTE*** Different bookmakers are offering different each way terms so do shop around – and make sure you only partake non-runner no bet – covid has seen last minute withdrawals all season and we don’t want to be throwing money away.

Why the German is such a big price is beyond me after a pair of runners-up berths on his last two starts in Austria and then last week at Gran Canaria on a track not a million miles different to Costs Adeje. His game seems to come alive here with four top ten finishes in Spain in his career and with his confidence sure to be riding high, he looks in for another big week. I do like the fact that he finished second last week in both tee to green stats and for putting which bodes well for this course, and at the age of 30 I get the feeling we still haven’t seen him at his very best. Fourteen consecutive rounds of par or better is something the rest of us can only dream of, and he if he can get a decent start (and hopefully avoid the worst of the weather), then he should prove extremely difficult to keep out of the frame.

Already a five time winner on the European tour, our Danish friend played his best golf for some time in Gran Canaria with a tied fifth place after shooting a 61 in the first round before seeming to tire late on. That was his first tournament of 2021 after taking time out after the birth of his son, and he looked a little rusty on occasions but, in horse racing terms, I think he will strip fitter here.  Lest we forget, Thorbjorn is an ex Ryder Cup player who ripped Jordan Spieth a new on in 2018, and as they say, form may be temporary but class is permanent. He has suffered a wrist injury and sadly, as with many injuries, you can never be 100% certain he will ever be the same player, but 33/1 is too big and I am sorely tempted.

1/2pt each way Laurie Canter 35/1 best price top seven finish For me, this looks all about the wedge play for the Englishman whose driving is generally exemplary (famous last words), with a ranking of seventh on the tour suggesting this open course will play to his strengths. He hasn’t been at his best recently, missing the cut in the Qatar Master in March but arrives here fresher than most, while a look back to his fourth in the Dubai Desert Classic proves he has all the ability needed. He finished ahead of players of the calibre of Padraig Harrington and Sergio Garcia that day and let’s face it, there is nothing of that class in opposition here, though we are betting that he can bounce back to form this week, and my stakes will be reduced accordingly

State makes it an occasion to remember!