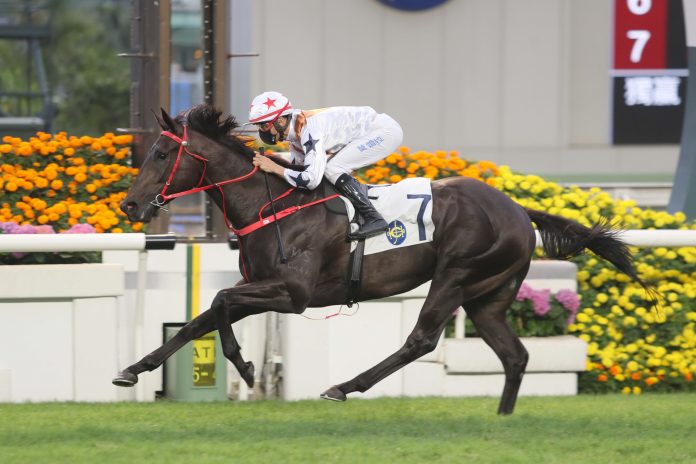 Unlike a lot of writers, I don’t like to just see a race result disappear in to the annals of history without further comment, and although that can mean (as in this case) some egg on my face, so be it – even I can’t get it right all of the time.

Those with insomnia or who got up bright and early last Sunday morning will have hopefully watched the racing from Sha Tin in Hong Kong, and this is the part where I continue to bang the drum for “foreign” racing, because we really don’t have the monopoly on the best horses any more, and haven’t for more years than I care to count.

Three Group Ones is a great card for the purist, regardless of the racing jurisdiction involved, and although the Europeans were conspicuous by their absence for obvious reasons, the Japanese sent over a very strong team in the hunt for the millions on offer, though they didn’t get things all their own way. Danon Smash was sent off the 6/5 jolly for the Chairman’s Sprint Prize based on a combination of form, hype, and his wellbeing during morning trackwork, but he failed to fire with the intensity expected and was already spotted being hard ridden at just after half way when our fate was already known. As you may have read, I did also suggest Wellington as an each way alternative (I took 7/1, just to rub it in), and he strolled home in front under Alexis Badel for an easy length and a half success, and close to a million pounds in the owners’ pocket. Personally, I am not convinced this was the strongest renewal and I won’t be taking the form at face value as the favourite clearly failed to run his race, but that takes nothing away from the winner who is lightly raced and no doubt has a few more top class successes to come over the years ahead.

The Champions Mile sort of went to script as far as the results are concerned with odds on shot Golden Sixty making it win number fourteen on the bounce, though he did, as predicted, give his supporters a few anxious moments. Usually a late closer, jockey Vincent Ho made his move at the 600mtrs pole to the surprise of everyone, circling the field at speed to bound to a convincing lead, presumably deciding the pace wasn’t fast enough to suit his mount. Those who have watched his many past efforts will have noted that he can ease off once he hits the front, and that may well be what happened here, but all we know as fact is that stable companion More Than This closed up the home straight at speed to be denied by a head at the line. To be honest, he never really looked like catching the favourite (and we landed the forecast), but it did give a lot more excitement to the race than I expected pre contest, though try telling that to anyone who lumped on at prohibitive odds and may now need a clean pair of trousers!

I did get the last of the big races badly wrong as the Japanese dominated the QEII Cup – but not with Daring Tact as I had hoped. In my completely biased view (no one likes to be proved wrong), she failed to run to her best form with a length and a quarter third with no excuses, but that is not to take anything away from the winner. Loves Only You made it a big race double on the day for Vincent Ho (and a treble if you add in the earlier handicap on board Serious Liaison), hitting the front a furlong out and comfortably holding off Glory Vase in second, who ran a blinder considering he had been slightly lame earlier in the week leaving his participation in doubt until the last minute. I did suggest the Japanese would fill the first three home (though I had them in the wrong order), and they outdid even my wildest dreams with a first four from their four runners, ensuring they will be back to take part in December and next year, restrictions allowing.

In conclusion, the Hong Kong Jockey Club must have been very pleased with the way the day went, with the perfect mix of local winners Wellington and Golden Sixty, an International winner in Loves Only You, the success of a local jockey in Vincent Ho, and the performance of the up and coming Courier Wonder who hacked up in the closing handicap, and looks likely to be one to keep an eye on when let loose in the top class events over the years ahead.

Cheltenham to go for a Burton?