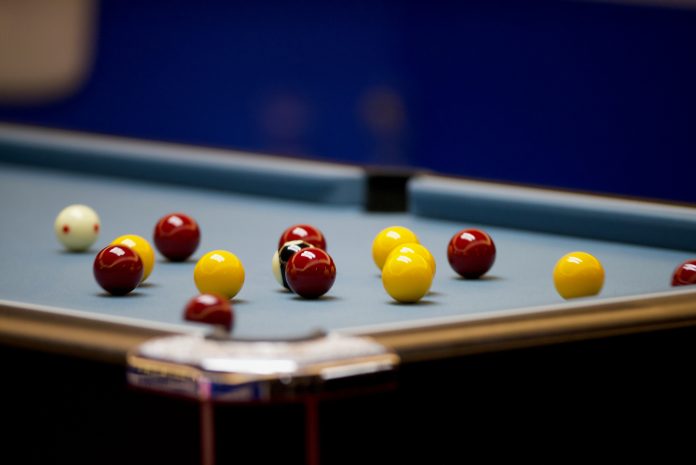 Once again The IPA break new ground with a Pay Per View event featuring the cream of the professional players, plus the ever popular Jimmy White in a £10,000 to the winner event to be held at the Bridlington Spa. Just £9.99 for approximately 25 hours of pool looks like a bargain to me (and if you get in quickly there’s even an early bird discount available, just use the code JIMMY20, pass it on), though who will win is anybody’s guess.

Yes, it’s the same pool we have all played in our mis-spent youth at the local boozer or club, and although as we all know rules differ up and down the Country, these are played to Blackball rules, the only official set and recognised all the way up the sport food chain to the Olympic Committee. Reds, yellow, and a black to finish, fast furious and with a shot clock so less of your snooker shenanigans makes this one of the fastest growing sports around, as witnessed by tv and media exposure and a new series of pool on Sportystuff TV coming soon (watch this space for details), as the sport finally gets recognition from pretty much all the major bookmakers. It’s easy to understand and to be honest, it must be easy to play (even I have a game now and again), but like other sports (golf springs to mind), playing it, and playing it well are chalk and cheese. For this event, the cream of the professional ranks are joined by a certain Jimmy White, fresh from narrowly failing to retain his World Snooker Seniors Crown (the clue was in the discount code), which add even more spice to the mix – and although it is a notoriously difficult sport to call, I have given the first round matches a go (see below) – though do keep an eye on your bookmaker of choice as not all of them have priced it up just yet and they have until the weekend!

It is never an easy task working out who will or won’t win a pool match regardless of the number of frames involved, but after lockdown when we have no idea of current form, life gets that little bit harder.

Add in the fact that I know all the players (with the exception of Jimmy White) and will take plenty of ribbing for my opinions, and I am caught between a rock and a hard place, but work is work and we rumble on regardless. Four matches to start with – but who do I think will win, and why?

An all Scottish battle to start proceedings and every chance we could be in for a real cliffhangar. I would be very surprised if there was much between them in the betting  though Liam is the current rankings number one and that may possibly give him the confidence edge. Still improving at the age of 27, his trophy haul reads well with a long list of IPA event successes both open and professional, and although the IPA World Championship has eluded him so far, most feel it is only a matter of time before he adds his name to that particular trophy. Mark is “only” ranked 6 at present, but as an ex snooker player who only turned pro as recently as 2018, he is still learning the intricacies of the game and is not one you want to be writing off too early.

Conclusion: A possible battle of attitudes here and it will be intriguing to see whether each player cancels the other out. Liam can be seen as the more cautious of the two but is more than capable of pulling off outrageous shots when needed, and this should be a mouthwatering opener to the whole tournament – may the best man win.

No such thing as an easy draw in the line-up I am sorry to say, though if you only look at the rankings then number 16 Gavin Robinson has the edge over number 41 Tom Cousins – but statistics don’t tell the whole story. Tom only came over to blackball rules from elsewhere recently and had to work his way up before qualifying to turn professional last year, after which, well, we have had to sit and suffer covid. Runner-up to Marc Farnsworth in the 2019 IPA World Championships as an amateur, if he can get his hammer of a break going then he will prove very hard to beat, whoever he faces round by round. Gavin is a very talented opponent and sure to break his IPA duck some time soon, but if I was a betting man (and I am), I can only see this going one way.

Conclusion: There is no way on earth that Gavin will roll over and he is a battler to the last, but the break may well make all the difference here, and that points me in only one direction.

I feel like I am the only one who thinks this could be a lot tighter than other experts predict. Of course Clint has all the pool experience in the World to call upon, this is his sport and one he shines at, but life is never quite that simple. Tactically I give Clint the clear edge here with his years of experience of the game that includes winning numerous IPA tour titles, and it will be more than a little interesting to see how Jimmy adapts to a smaller table and very different tactics. The advantage Jimmy may have is recent table time, albeit on a snooker table, and as there is no substitute for match practice, that could theoretically bring them closer together. I am confident Jimmy will have put in a good few hours on a pool table as well before turning up here and will make a real match of things,  making this potentially tighter than the odds imply.

Conclusion: Jimmy isn’t here just to make up the numbers and with a decent prize on offer, I expect him to put up a very bold showing. If Clint tries to pot his opponent off the table it could be close, but if he uses his tactical knowledge to his best advantage that should be precisely what is needed to come home in front.

Two previous IPA World Champions in a match makes for possibly the most exciting of the draw and the toughest one to even attempt to call. When Ben is in full flow I confess he is one of my favourite players to watch, while Marc is meticulous, calculated, and on his day, close to unbeatable. I would be more confident of the result of tossing a coin it is that close on paper, with a huge list of top event successes for both players, and years of experience between them to call upon. This one could be down to who has put in the most hours on the practice table, and unknown quantity, though who knows how many spare hours Ben has left after the successful launch of https://onboardsportswear.com, while Marc is a successful businessman in his own right too with the Skylounge pool centre one part of his busy lifestyle.

Conclusion: I really don’t want to have to call this one as it looks likely to be down to the run of the balls and the pool Gods as much as anything, with nothing to choose between the pair. Marc has been playing in recent tournaments which may, just may, give him the finest of edges here.

*If you would like to watch this event (and who wouldn’t) they are PPV at £9.99 (discount code JIMMY20 gets you 20% off don’t forget) here https://propool.live – not a bad price for 25 hours or so of live top quality pool.