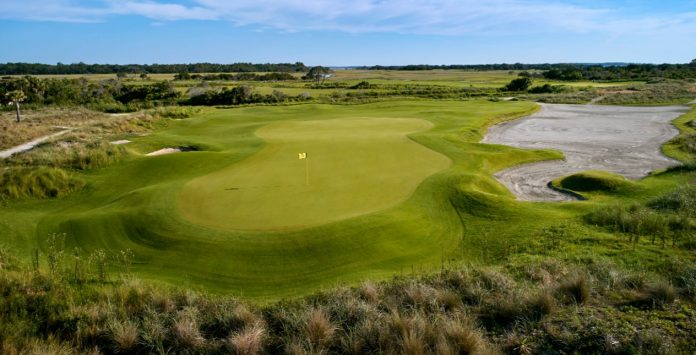 Glaringly obvious my luck can’t hold out for ever after a 60/1 (price taken by some members) place for Charl Schwarzel last week made us all a nice little profit following on from Rory McIlroy (won 20/1) the week before, but if we can have a bit of fun while chipping away at the bookmakers margins, long may it continue.

This week we have the small matter of the PGA Championship from the Ocean course at Kiawah Island and with pretty much all the top golfers in attendance, this should be fast and furious – and difficult to call. As mentioned later please please shop around for the best offers (at this stage SportNation are only paying out on the top five, BetVictor the top six, while the majority are on the top eight which is far more realistic) and a poor bookmaker choice could yet make the difference between winning and losing, especially with such a price spread from 10/1 the favourite all the way up to 4000/1.

On to the course and the event was last held here in 2012 when a certain Rory McIlroy took the spoils, and as we know, he arrives here in petty decent form (but is priced accordingly). A par 72 measured at 7676 yards making it plenty long enough to be a true test (the longest track in PGA Championship history) , and I don’t expect any really low scores with thick rough, well-guarded greens, and swirling winds just three of the added extras the players will have to overcome to pick up the winners cheque (do they still have cheques I wonder).  Trust me, searching out value here was never going to be easy – this is one of the most important and valuable tournaments of the golf season ($11,000,000 prize money is not to be sniffed at), meaning all the top players are here, and there will be no experimentation (as can happen at lesser tournaments) – this is the real McCoy.  Finding the balance between value and the likelihood of success is even harder under those circumstances so no massive surprises – but if we can find the winner (or even a place or two), then that will do for me – hopefully you all feel the same?

Although that may not look like great value, trust me, it is. I genuinely thought we were going to collect last weekend before he faded away late on, but lest we forget, that was his first tournament back post covid and he needed to blow away a few cobwebs. Five of his last six starts have seen a top ten finish, and I am convinced he is on the way back to his very best making him a stand out option this weekend. If he wins here that makes it a career Grand Slam so we know he will be as motivated as any,  he handles the likely breezy conditions better than most, and will be putting on his favoured paspalum greens, which when added together suggest we can expect a very bold showing.

Last time this event was held here seven of the top ten were Europeans – which makes you think if nothing else. The Norwegian is only 23 years old and very much on the up and up in the golfing world, a player many have been keeping a careful eye on – and he hasn’t let anyone down. The winner of the Mayakoba Golf Classic and runner -up in both the World Golf Championships and the Farmers Insurance Open in 2021, his ability is there for all to see – but can he cope with the added pressures of a tournament of such importance. The Mayakoba is played on a similar course (albeit in Mexico) and on very similar greens which bodes well – I just wish I had got in when he was 50/1 or bigger, but you can’t have everything I suppose.

1pt each way Cameron Smith 40/1 best price, top eight places Bet365. One at a bigger price (yes I did consider Charl Schwarzel but bottled it), and I have high hopes the Australian can land the place part of our bet if nothing else. His form this year has been out of this World in lesser events with a win in the Zurich Classic added to four top 11 finishes in just seven starts.  He ranks sixth for strokes gained with his putting, thirteenth tee to green – and top overall, and those are the sort of figures that suggest he should not be a 40/1 chance. This is a step up and he is in among the most lofty of company, but he has the game to cope with it if his mental strength can, and at a fifth of the odds that makes him possibly the best value call of our trio of players this week.