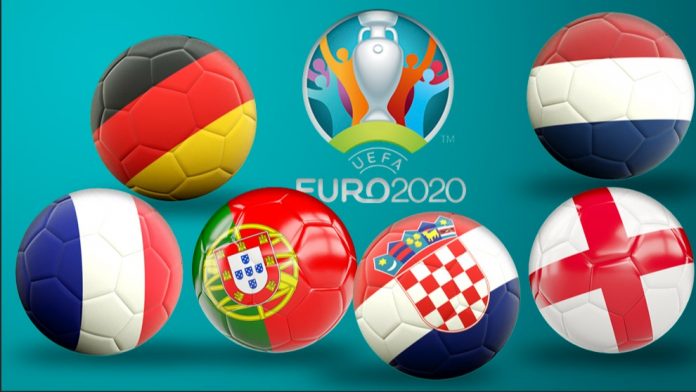 We’ve got 24 teams, in six groups of four, with games spread all over the continent. Having an “easy” group to break out of before the knockouts begin is vitally important and I feel Belgium, who are a best priced 13/2 to win the trophy, has that.

I’ll go through each group in turn and as the tournament progresses I’ll have articles going up that cover individual games from which we can hopefully make a profit.

Italy are long odds on to win this group at around 4/7 and as they won all 10 of their qualifying matches, that’s understandable. They have a serious midfield in this team and whilst they have not won this tournament since 1958 they are best priced 9/1 to do it this time around.

Switzerland and Turkey are 11/2 to win this group and I fancy Switzerland will be the better of that pair. They are always a tough team to beat and whilst Shaqiri has flopped at Anfield he’s a decent player, can score goals and create plenty, too. You can get yourself 80/1 with Hills for them to win the Euros, but they wont, so save your money.

Turkey are best priced 66/1 to win it and made the semi-final in 2008 but they are sending a young squad here for this one and I’d rather have the 80’s about the Swiss winning it, than the best priced 66’s about Turkey.

Wales have about the chance their odds of 200/1 suggests. They need Bale to carry them through every game, have had to bring in a caretaker manager, and have a paper thin squad.

If it was a song contest, I’d fancy Finland but the 22/1 to win this group looks skinny to me. What they will give though, is all three of the other teams three points. I imagine both Denmark and Russia will be looking to stop Belgium beating them, rather than either side looking to beat Belgium and that could make Denmark v Russia the best game of this group, because that will decide which one of them joins Belgium in the knockout phase.

I cannot remember the last tournament that Belgium were not fancied to win. They have a side packed full of brilliant players but always seem to come up just short as a team. Having finished third in the last World Cup though, they are getting closer. I think the 4/5 you can get for them to win this group is great value.

Denmark won this trophy in 1992 they have only won three games at the Euro Championships since. The bonus for them this time around is that they play all their group games at home. They have one of the best shot stoppers at this years event in Kasper Schmeichel and Eriksen is one heck of a creative midfielder but they draw as many games as they win and that will stop them topping this group.

Russia qualified by finishing second to Belgium in their qualifying group and are a good, solid side. They did great at the World Cup on their own soil, performed well at the Nations League but if Dzyuba isn’t firing on all cylinders up front, they’ll struggle to win games here.

The Dutch are the only one of these four sides with a home advantage and they should cruise through this group. North Macedonia, by contrast, have as much chance here as my pub team would. They are here only because of the new rule permitting one side from the fourth tier of the Nations League to enter this competition and to say they are out of their League, would be an understatement. If goal difference decides second place behind the Dutch, then whichever of Ukraine or Austria rattles most goals past the whipping boys, will go through.

I always look forward to watching the Netherlands as they invariably have good young players coming through that will one day play for the bigger sides around Europe and a lad to watch out for here will be Donyell Malen.

Ukaraine has a bad record in this competition. They have not managed to get out of the group stage in either of their two appearances to date and in 2016 didn’t manage to find the back of the net. In qualifying for this one though, they won six, drew two and finished above Portugal. If they perform like that here, they’ll run the Dutch close.

At the 2016 Euro Austria blew it big time, finishing bottom of their group and I’d be of a mind that 5/1 Ukraine to win this group looks far better value than the 6/1 about Austria.

You would expect the two sides that contested the World Cup semi-final, England and Croatia, to comfortably progress to the knockout phase. This group does look ripe for a surprise though.

England get to play all three of their group matches at Wembley and with the players we have at our disposal, we should be beating all three of these sides and qualify easily.

Croatia were not foot perfect in qualifying for this in winning five, drawing two and losing one of their games in Group E. They finished just three points ahead of Wales who in turn finished just one point ahead of Slovakia.

Scotland won five and lost five of their Group games and finished third behind Belgium and Russia and despite having a pair of attacking full backs in Robertson and Tierney that would get into most other teams, they have little else by way of a superstar in their ranks and are rightfully 16/1 outsiders to win this group.

The Czech’s are the side I feel will give England most to do. They won five and lost three of their qualifiers but did beat England on the way through. They have played in every Euro tournament now since 1993 and whilst they do not score goals, they concede even less and I reckon they might just pinch second spot.

Spain should cruise through this group without turning a hair and are rightly 1/3 to win it. They might not be Spain of 20 years ago but they have the players to make short work of this group. The side that finished 12 points behind them in second place in the Group F qualifying section, Sweden, are 6/1 to top this one and I’d want much bigger than that.

Sweden have no Ibrahimovic now and even though they have qualified for the last five Euro Championships, they have only made it out of their group once.

Poland are second favourites and rightly so. They won eight of their qualfying matches to get here and in Lewandowski, have a striker who scored 48 goals in 40 Bundesliga matches for Bayern this season. They proved difficult to score past in those qualifiers, too, letting just five in and amassing 25 points.

Slovakia has a good record in these major tournaments, when they qualify. They got to the 2010 World Cup and made it through to the knockout phase, a feat they repeated at the 2016 Euros. They advance to this competition by virtue of the Nations League, having finished third, a point behind Wales, in Group E of the qualifiers and the 14/1 about them winning this Group is seriously mean.

Probably the toughest group as it contains the winners of Euro 2016 and the winners of the last two World Cups. If the Germany that won the World Cup seven years ago were this Germany, I would be saying the 5/4 about them winning this group was extremely generous but they don’t seem to have the new players coming through and still rely on players like Muller and Hummels.

They invariably turn up when a tournaments begins though and nobody has a side tougher mentally. They won seven and lost only one of their qualifying games, finishing above the Netherlands and had a 23+ goal difference to boast about.

In qualifying France finished just two points ahead of Turkey but you look at their squad and it’s awesome. Mbappe is up there with the best in the world right now and in N’Golo Kante they have a player that goes unsung but is absolutely vital to a team winning anything.

Hungary finished fourth in Group E and advance to the Euro’s by virtue of the Nations League and they also have as much chance as my pub team of getting through to the knockout phase.

This is Low’s final tournament as Germany’s manager and you would hope his team would be busting a gut to do well for him. My feeling is though, that it will be Portugal joining France in the next phase.

Let’s be honest, Portugal bored everyone senseless last time but found a way to win games. However, since then they’ve unearthed a few gems in players like Diaz, Fernandes and Felix. They are strong right through the spine of that team and will most certainly be hard to beat again.