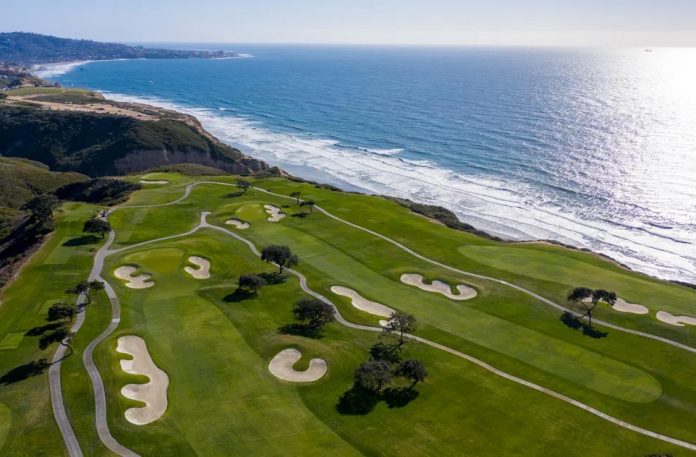 No surprise to read that this week our tournament of choice is the US Open, where the best golfers on the planet will put their skills, mental strength, and a modicum of luck, against each other and the course over the four days looking to land both fame and fortune via prize money ($12.5 million total) and the ever increasing sponsorship deals these players have in place. Torrey Pines South Course is our venue this weekend and it is going to be tough out there. A par 71 7,600 yard track sounds innocuous enough but the Bermudagrass fairways have been cut narrow and the rough lives up to the name – none of your short lawn style rough, stray off the straight and narrow here and your next shot will be a major issue (pun intended) nine times out of ten. The Poa Annua greens are small enough to need an accurate approach shot, and lightning fast too, surrounded by bunkers just waiting to swallow up any errant attempts. Expect a winning score around the seven under mark (Bryson Dechambeau took this with -6 last year), which in itself tells you just how tough this weekend will be.

A top six finish in his last four US Opens suggests the 27 year-old Californian has the bottle to compete at the very highest level and I note he chased home Patrick Reed here when second in the Farmers Insurance Open, in January. His stats stand out and although not seen as one of the most exciting shot-makers on the tour, his consistency makes him stand out in a game where you can win one week and miss the cut a week later. Add the recent experience of playing here (and playing well) and he has to top my shortlist this week, and all I can add is, Good Luck Xander.

Phil Mickelson has already proved this season that age is no barrier to success and my long-shot here has to be Paul Casey. Not getting any younger at the age of  43 (young to me at least), he seems to be at the very top of his game and for whatever reason, his putting is just getting better and better. His career earnings are approaching $34 million so he doesn’t need to win to pay the electric bill, and he has already hit five top-ten finishes in 2021. Slow starts have been his undoing on occasion this season but if he can get away with the best of them (I would settle for an Even par first round) then he can mount a strong challenge over the rest of the weekend at a decent enough price

As you may have noticed I am not a massive fan of Dustin Johnson but how can I resist him at this price. He is number one ranked on the FedEx list for a reason, and has a ridiculous 24 PGA Tour victories to his name – at the age of 36 -and in my view ought to start favourite here. Of all the payers in this field to play on either Poa Annua or mixed Bentgrass/Poa Annua greens he has won 11 times, five more than nearest competitor Bubba Watson and that looks a telling statistic. Using a new shaft on his driver which he insists helps his swing, he remains one of the biggest hitters on the tour but it is his putter that will win or lose this tournament for him this week and on greens he copes with not just better than most, but FAR better than most, 18/1 could yet prove to be a steal in the betting markets for those having a play.

DECLARED RUNNERS WITH DRAW FOR THE 2022 CAZOO DERBY