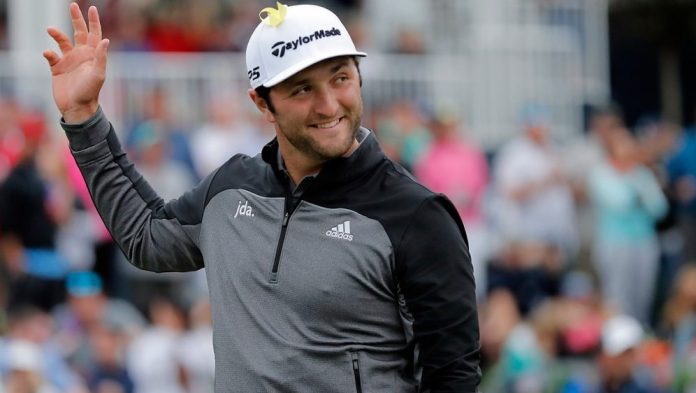 I went to bed last night with what I felt was an outside chance of landing one of my four bets on this tournament. Jon Rahm and Xander Schauffele were still in with a squeak as my head hit the pillow and you can imagine my delight when I got to my office just after 5-20am this morning, to see the Spaniard had only gone and done it!

Just 15 days after his preparations were thrown up in the air, Jon Rahm produced a brilliant finish to nail his first major, in the 121st US Open.

He birdied the final two holes to complete a closing 67 and finish six under par, a shot ahead of Louis Oosthuizen (who also finished runner-up in last month’s US PGA), who bogeyed the 17th and needed to eagle the last for the second day running, to force a play-off. He was unable to putt out from 69 yards having missed the fairway with his drive.

Rahm did this the hard way. He had just finished his third round in the Memorial Tournament to establish a six-shot lead, when he was told he had tested positive for Covid-19.

That meant a period of self-isolation until two days before play began at Torrey Pines, where he won his first PGA Tour title in 2017 and also proposed to his wife! Wonder which ranks highest in his list of “achievements” at this golf course?).

His first three round scores of 69, 70 and 72 meant he started the final round three shots off the lead but he made a brilliant start with birdies on the first and second. He then gave one back with his only bogey of the day on the fourth.

A wayward drive on the ninth looked in danger of being out of bounds, but Rahm was entitled to a free drop away from a fence. He put his second shot down the fairway, then put his third to within a few feet of the hole, setting up another birdie.

Seven straight pars on the back nine meant Rahm was a shot off Oosthuizen as he reached the last two holes. That’s probably when “someone up there” decided they liked him as he holed a birdie putt from 25 feet on the 17th, then dropped a similar putt on the 18th, after finding a bunker with his approach.

“I’m a big believer in karma and after what happened a couple of weeks ago I stayed really positive, knowing big things were coming,”

“I didn’t know what it was going to be but I knew we were coming to a special place, I knew I got my breakthrough win here and it’s a very special place for my family.

“The fact my parents were able to come, I got out of Covid protocols early, I just felt like the stars were aligning.”