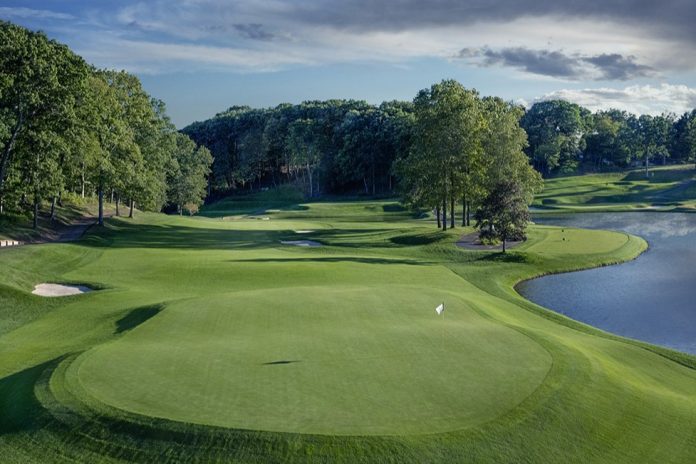 Obviously Ron just had to out-do me last week by backing John Rahm while “all” I managed was a pair of places (one at 40/1) and I will take that to the bank any day of the week.

This week we move on to the Travelers Championship over the pond at TPC River Highlands in Connecticut, a par 70 measuring in at 6,841 yards and the third shortest course on the PGA tour. Some would call lit “old-fashioned”, with their tree-lined fairways and numerous water hazards (that my ball would be drawn to), but with $7.4 million prize money it has attracted a classy field considering it is just a week after the US Open. Dustin Johnson took this last year with a score of 19 under and I suspect it will take something similar to take home the spoils this coming weekend. Make no mistake, this is no easier to predict than any major, and I cannot emphasise enough this is a bit of fun – of course I will try to turn a profit but the odds are against us (thank you bookmakers), and if we can keep getting small returns now and again, good news all round.

I feel divided over whether or not to follow Paul Casey here but it isn’t because he placed for us last week you will be pleased to know, though obviously that was part of the calculations. His record in this event reads second, seventeenth, fifth, second fifth and thirty-second (his first start after we resumed from covid lockdown), and he has already mentioned that this is one of his favourite tracks. I won’t bore you with all the stats but he sits high on any list for all the right reasons (in the last two months he sits second in this field for greens in regulation and first from tee to green and that’s just for starters),  and if he remains in that sort of form then he will take all the beating here.

Possibly the biggest price suggestion I have come up with yet, and no, I haven’t been drinking. His recent form has seen him finish second in the Qatar Masters, twelfth at the Kenya Open, fifteenth at the Lopesan Open, second at the British Masters, second at the Himmerland, and fourth in the US Open – his first ever major. His record on similar courses stands up to close inspection and at the age of twenty-four is very much a name for the future if he can keep on improving. No way on earth should he be 100/1 on those stats and at that price how can I possibly resist.

1pt each way Kevin Streelman 33/1 top 8 William Hill Hardly disgraced when finishing 15th at the US Open at Torrey Pines, he plays this course better than most and was runner-up in this event last season trousering obscene amounts of money in the process. He has won here in the past as well so no danger he is a “choker” and he has amassed a ridiculous 47 top ten finishes and over $23 million in prize money so far and he certainly hasn’t finished yet. I doubt he can win to be honest, but he can certainly attack a top eight spot and that will do for me at 33/1 or better.