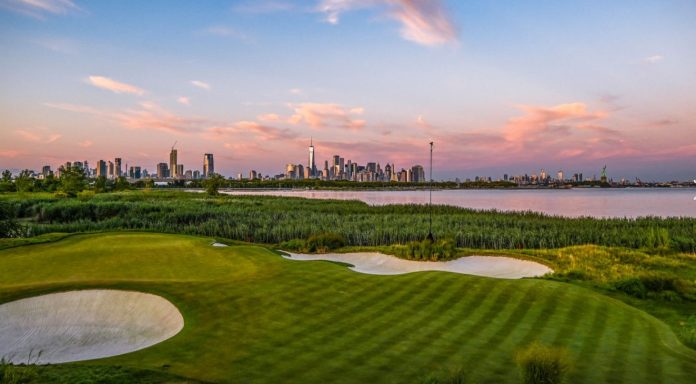 We found a place when I last wrote a golf article with Daniel Berger landing our place bets at odds of 22/1 which is better than nothing in these huge fields, and I am back after a week off to recharge the old batteries (if Sangria and beer count as a recharge), and hoping for even more success this week – preferably with more than one of my standard three picks.

This week we head off to The Northern Trust from the Liberty National in New York with it’s spectacular backdrop of the Statue Of Liberty, but with so much money at stake in part one of the Fedex playoffs, I doubt too many if any golfers will even notice their surroundings.

124 players will start, but only the top 70 will progress through to the next stage at the BMW Championship in Maryland, so there is a lot at stake, and good golf will have to be added to nerves of steel for some, making this one of the more interesting tournaments of the year. A 7,140 yard par 71 track, it all seems straight forward enough, but there is the potential for some bad weather setting in for the last two days making life even more interesting for those of us taking a (small) financial interest. With pure bentgrass greens I have taken those players who handle them better than most in to my calculations, and Rory (with seven wins) heads that particular pile.

***NOTE*** Different bookmakers are offering different each way terms so do shop around – and make sure you only partake non-runner no bet – covid has seen last minute withdrawals all season and we don’t want to be throwing money away. DO shop around for best odds and best place terms and any special offers with the bookmakers to steal the most value, and DO check the exchanges for bigger prices – I can’t put them on here as they differ by the minute. ***Added Note*** – the misers at Bet365 are only paying out on the first five so I am avoiding them like the plague!

Rory is a golfer I rarely if ever get right. He has all the ability in the World as we all know, but he can blow a bit hot and cold sometimes, but here that looks a risk worth taking, but his record in the Fed-Ex playoffs makes him the number one pick this week. Second in 2012, third 2014, first 2016, first 2019, and eighth in 2020 – and he also leads the Bentgrass victories roster with seven since 2008, another positive.  22/1 seems pretty generous if he brings his best game here, and he will certainly want to climb his way up the Fedex ranking to

What can you say about Dustin Johnson that hasn’t been written elsewhere. On his day he is one of the World’s best players, and he comes alive at these events, winning last year (at odds of 20/1), and also in 2011 and 2017. I do think his price is a touch disappointing considering he hasn’t been firing on all cylinders lately, but I am trying to find a winner if at all possible, and he is another who comes alive when the money talks. He only sits one win behind McIlroy on Bentgrass greens with six since 2008, and will like it here, though to be honest, I still prefer Rory of the two.

10/1 in a field of over a hundred would never happen in horse-racing (thank goodness), and I do wonder if the bookmakers should be answerable to someone about their ridiculous pricing algorithms – I can’t work it out (not clever enough), but I do wonder what the overround figures are as in how much they take from the beleaguered punters? Having said that, I have gone though the season stats for the last eight events and Jon Rahm sits top for Strokes Gained off the tee, approach, and around the green, with putting the only discipline he fails to hit the top 25 in, so just imagine how far clear of everyone else he will be when he gets that aspect sorted out? He is quite frankly the best golfer in the World right now (no arguments accepted), and although that fails to guarantee success here, he is close to impossible to leave off the shortlist here regardless.