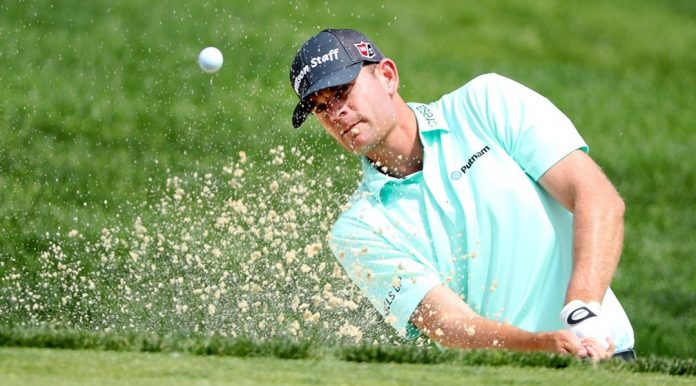 Nice of Ron to put the pressure on after some outstanding results from the football boys (thanks a lot Ron), but in my defence there are an awful lot of vagaries in this sport – just try playing it as I will be in Spain next week courtesy of my best mate Simon Armstrong who won a three day trip in a competition, and presumably I was the only golfer he could think of he could easily beat?

On to the weekend and it looks a particularly open field to me (golf pun intended), as we head off to the desert of Las Vegas for the Shriner’s Hospitals For Children Open, where a large part of the plan is to raise large sums for charity as you can imagine, and as the World Of Sport concept is to do the same, how could I make my article about anywhere else.

The course itself at TPC Summerlin in Nevada is pretty straight forward by professional standards, 35 out and 36 back for a par 71, measuring in at 7,255 yards, and with precious few problems. The greens are large, generally flat, and easy to attack. That may make my life easier as a player, but it also means you cannot discount any of the field. Add the fact that it is played at altitude, which helps the ball carry further, and you can start to understand why there are regular rounds of ten under par, and the winner will basically be the player who makes the least mistakes and has the hottest putter – simple as that – though sadly that discounts absolutely nobody.

Where do we start? Bottom line is simple enough, when I put my own betting together for this event, I had him trading considerably shorter. Lest we forget he is only 22 (old joke repeated – I have suits older than that), and there is every likelihood he has a lot more to offer over the years ahead. We are talking Bentgrass greens this weekend and it is noted that all his best results have come in the same or a mix, including when he came home second last year. Last year he hit a ten under and a six under to force his way in to a play-off and although I admit I may be straying in to racing territory with a “horses for courses” mantra, I don’t care – if he wins or places, that will do for me.

Even simpler stats to work with – 12 starts here have seen him win this twice and finish second once, and although the rest of the time he was out with the washing, that is far from unusual for any top golfer barring the real elite. Even allowing for the barren years (of which there were plenty), he still averages out at 3 under per round here and although he will need to better that to win in 2021, he doesn’t have a mountain to climb to get involved near the top of the table. Although not at the top of his game lately he has made the cut in three of his last four tournaments and returns to perhaps his favourite course today, and at those odds my personal intention is to back him at the best price I can find – then if he does make the cut as hoped, lay him off at a shorter price for a locked in profit.

1pt each way Hideki Matsuyama  28/1 William Hill  top 8 places (29.0 Betfair) Just the one more obvious suggestion this week, but if he wins the others will soon be forgotten. Sixth on his last outing in the Fortinet, he closed off with a five under round, bettered by only two players on the day including the winner, and his tee to green figures out him in with a great shout here. His putter can let him down on the tougher courses but he will get himself numerous opportunities here, and they won’t all need to drop for him to mount a serious challenge.  Five of his six PGA wins have come on Bentgrass or a Bentgrass cross, and he has won the Phoenix Open twice, suggesting he has no trouble coping with the likely conditions this weekend either.