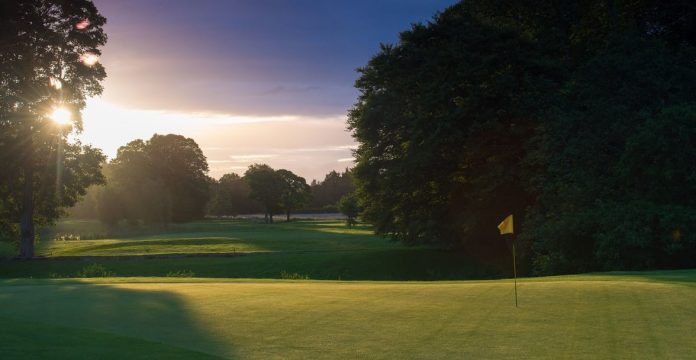 It’s that bad that I am rejoining my old golf club in the hope of a bit of inspiration, and the wife is joining too, so only a matter of time before she passes my poor efforts and makes me give up the game for good I suppose?

Last week saw a bold early effort from Seamus Power that had me counting my winnings, but he fell away tamely when the chips were down (pun intended), and we ended up with zero, zilch, nothing to show for all my efforts. Thankfully, I am convinced a big priced winner is just around the corner, and that is what keeps me going (if you only knew the hours I put in each week to get it wrong), and today could (hopefully) be the day, though perhaps we would have more winners if we went with the “scatter-gun” approach of others (the Sporting Life, for example, tip about 6 or more every week and are about as successful)!

This week I have deserted the USA and we are heading off to Dubai to a course I have actually played, though I have to admit that having climbed in our buggy failing to notice the sticker telling us to stay on the 10th, we hurried off down the first fairway being chased by club staff oblivious to our error! It’s a tough course for us mere mortals, and I think it cost me more in lot golf balls than the (expensive) round, but it is a beautiful set up, and if you are ever in the area, I suggest you give it a go.

We have a strong field as expected at the Emirates Golf Club (soak up the backdrop of Dubai, just amazing), as they head out in the sun on a par 72 measuring in at 7,353 yards, and with the little matter of $8 million up for grabs in total. There is plenty of water to negotiate (10 of the 18 holes), doglegs throughout, treacherous rough (watch out for sand vipers), and a high possibility of swirling winds throughout, but with a winning score of 17 under for Paul Casey last year, it is a track that can be tamed.

If there has ever been a golfer I struggle to get right, Rory is your man. Supremely talented, he can blow hot and cold, with last week in Abu Dhabi a prime example. He only just made the cut to play over the weekend, and then went on to record the lowest final 36 holes of them all, rocketing up the scoreboard to a no good for punters 12th at the end. Since 2009 he has played in this on eight occasions, winning in 2009 and 2015 and with a form record of 1,6,10,5,9, 1,6,2 – meaning we would have collected on our each-way bets 6 times, or 75% of the time – nice work if you can get it.  He seems to have got his act together again after changing his coaching staff and messing about with his clubs, and I will be very surprised if we don’t see a very bold showing this weekend.

I will start by confessing – he has been tipped elsewhere and after reading their explanations, I am inclined to agree, though naturally my own research has backed that up. From tee to green he has been as good as anyone in this field recently yet despite being known for his putting, that it’s the one aspect of his game that has field to deliver. When they click together he will take some stopping regardless of the lofty company, but is this week going to be then one where that happens. A look back at his record suggests this is the sort of course where he ought to excel, with a third here in 2020 backing up that statement, while his other efforts in the region stand out. A look at his best money winning performances sees a pattern of Dubai with three of his best five here and in similar conditions, and at the price, he could well get involved and land us a few quid.

One out of left-field to end with, and in hope more than confidence hence the reduced staking suggested. Now aged 58, it seems fair to assume his game is not what it was I suppose, but the ever-popular Spaniard loves this course historically, and who is to say he can’t strike a blow for us oldies. Those who think he is past it only need to note the result of the Mitsubishi Electric Championship at Hualalai, Hawaii, last weekend where he won an admittedly lesser event on the second hole of a play-off with Steven Alker, so we know he arrives here in good form and I would say full of confidence – though that has never been an issue in his case.  Looking at our chances of a payout, it is noted that he finished second here in 2005, fourth in 2006, seventh in 2009, and the winner in 2010, all of which would have seen us collecting. He hasn’t repeated those efforts since but there is clearly life in the old dog yet, and at that price, why not have a shilling or two each way – just in case.