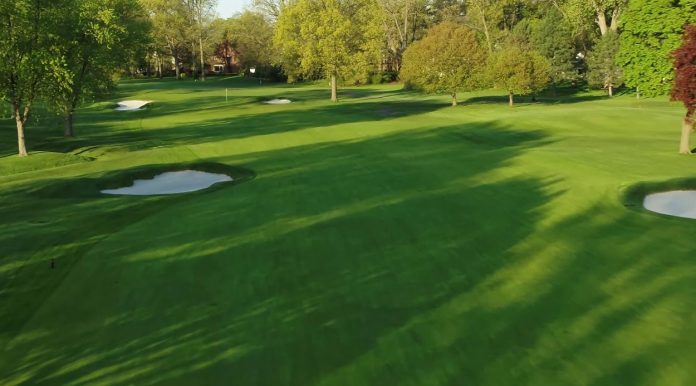 Can you hear a gentle thud – that would be the monkey climbing off my back after we landed a 25/1 success last week thanks to Scottie Scheffler winning on the third hole of a rather nervous play-off ,where he still did his level best to throw it away with his most wayward drives on the 18th hole (revisited).

Our other two weren’t a million miles away either, with Jon Rahm a single shot adrift of landing the place part of our bets, and Bubba Watson back in 14th – but only one single shot further behind, my point being that we are rarely too far away at the death. A big thank you to readers Andy Weir and Andy Rushmere (I can see a future podcast with the two Andys?)  for congratulating me and almost (but not quite), making up for the banter they give me when the wheels fall off, but we can’t live on past glories, and it’s off on the search for our next winners.

This week we are off to Los Angles (or thereabouts) for the Genesis International from the Riviera Country Club a par-71 weighing in at 7,322 yard, and one the players seem eager to play. Tree-lined fairways abound, but we can expect some low scores once again with all of the World’s top-ten in action– so off we go!

I really try to avoid going along with others suggestions but the fact is there is a good reason to expect a bold showing at a huge price here, and we all seem to have noticed it! There are a lot of similarities between this course and Torrey Pines (fairways, greens, and layout), and that is a track the popular Australian plays better than most. He has finished second there twice (2010 and 2014) and proved they were no fluke when beating Jon Rahm by a shot at the Farmers Open in 2020. He proved he is in good sorts with a final round 64 in Saudi Arabia last time out, and may well give us a good run for our money here as well with any luck.

It is only a matter of time before the Californian adds to his previous successes and there is certainly a lot to like about his chances here. His putting was off last week having led the field for Green In Regulation (GIR) stats, and lets face it, he sems to spark in to life at the bigger tournaments, and this is certainly seen as one among the players. Her ranks fourth of all the contenders here for scoring average, and a fourth will pay out for us this weekend, but I am hoping for even better than that, though you can never be sure in this game as we all know!

1pt each way Dustin Johnson 16/1 top 8 places William Hill (19.0 Betfair) I can’t pretend I have a lot of love for the Californian (and I don’t know why, we have never met), but the stats don’t lie and this course invariably brings out the best in him – and that is good enough for me. It certainly seems to suit his natural draw, and a look back at past tournaments shows us form of 10,3, Made Cut, 4, Made Cut, 2,2,4, 1, 16,9, and 10. That may not be good enough when you are backing a horse, but it is outstanding when it comes to golf, and if he turns up here smiling, then we can expect him to hit the places again by the end of Sunday.

Going news on day one of the Qatar Goodwood Festival