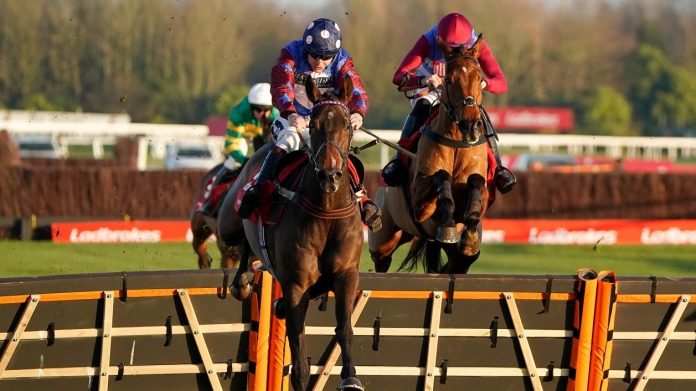 With Cheltenham now on everyone’s lips and many relying on the work of the lads at Post Racing for their winners, today they warmed up for the Festival with a stunning shout.

Have a look at the Ratings, read the Scribblings, and then get yourself involved in their Cheltenham Special

I’m not a fan of these long distance ‘chases and had promised myself I’d stop rating races run over further than three miles, as very few have even demonstrated they fancy running this far. Here only three have winning form over the trip and five of them have never tried.

From an age group point of view all I can say is, I do not wanyt anything younger than seven, nothing older than 10 and the weight carried by previous winners say nowt carrying less than 11st will have a sniff of a chance. Only one of the last 10 winners managed it and that was way back in 2013….which also happens to the longest priced winner n the last decade, too….22/1….generally you are looking to something in the front five on the tissue so, putting those trends into the blender it’s one of the following wins it:

Two of them are my top two rated horses so I’ll happily work as suggested this morning.”

To register for the special offer that is available only until Cheltenham Eve visit The 2022 Cheltenham, Aintree,Royal Ascot and York Ebor Specials! – The World of Sport