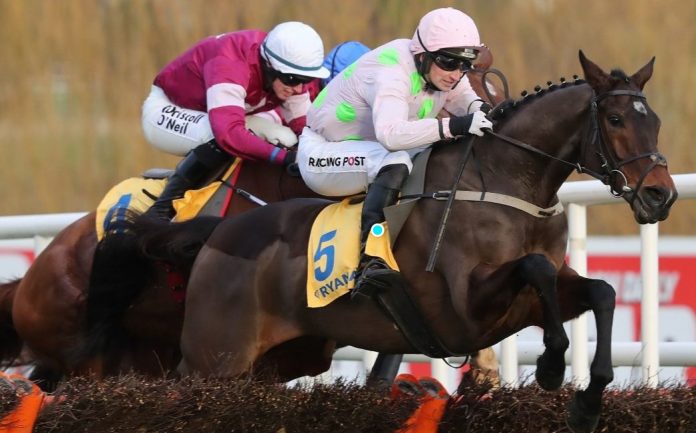 First things first and please forgive the lack of waffle – there is a lot of work required this week so all my efforts will go on to attempting to find you all some winners! I do NOT expect to find all the winners (though some would be nice), it’s tough and every horse will arrive here ready to run for their lives. This is no more than a chat though all the races making a few comments, positive or negative, and possibly with my idea of a horse who can go well –  it’s for fun, and then its up to you to make your own decisions – if I knew all the winners I would be writing this from my yacht somewhere in the Caribbean – and I’m not!

Stats quoted cover the last 10 runnings unless stated otherwise and had to be written in advance of the final fields.

Stats: Just the two winning favourites in the last seven runnings, and the last ten have seen six Irish trained successes and four for the home team. In the same decade we have seen five six-year-olds, four five-year-olds, and an anomaly last season with the seven-year-old Appreciate It strolling home at odds on.

Thoughts: There is always that difficult balance between likeliest winner and best value and this race is no exception. Three unbeaten horses make life all the more difficult (Dysart Dynamo, Jonbon, and Bring on The Night), but they may not fill the top three places between them, the race is that deep. Kilcruit is the one nagging away at me after his recent Punchestown romp and in case we forget, he was a half-length second in the bumper last season and clearly handles the track. He could be the each way call, but Dysart Dynamo has impressed in every start so far for Willie Mullins and is expected to make it six wins out of six with a clear round.

Stats:  Seven winning favourites in the last 10 runnings, and all of them sent off at odds on. We have a 5-5 draw between the Irish and the UK contenders, with Nicky Henderson and Willie Mullins locked at 4-4 with eight winners between them. Six six-year-olds and four seven-year-olds suggest any horse older or younger may as well stay in their box.

Thoughts: With all due respect to the entries this year we don’t seem to have a real superstar among them, and this may be a lot more open than the early betting implies. Paul Townend sticks with Blue Lord which presumably makes him the Willie Mullins first string, but he needs to do more to come home ahead of home hope Edwardstone, who has done nothing wrong, winning all four starts over fences after being brought down on his chasing bow at Warwick. Any value has long since gone I’m afraid, but I will be taking a chance on Haut En Couleurs, the supposed Mullins second string. He won easily enough over fences at Leopardstown before falling behind Blue Lord at the same track last time out, but I am hoping he learned a lot from that mistake, and can run in to a place at the very least this afternoon.

Stats: No winners shorter than 9/2, none over the age of 11, and only the one six-year-old. One winning favourite from the last 10, and only one horse has won this off a rating higher than 151. All raced between 16 and 120 days before this contest. All of the last 10 winners have been trained in the United Kingdom.

Thoughts: Not a race I have any delusions about – finding the winner here won’t be easy and it may well be beyond my little brain.Backing a favourte here doesn’t appear to make much sense looking at the statistics above, but I suspect that by race time one of the Irish will head the market, and that flimsy assumption allows me to step in and back Kim Bailey’s Does He Know. Now a seven-year-old, he only sits a solitary pound out of my “rules” from the past, and coms here with form figures at Cheltenham of  1,1,5 over hurdles and 1,2 over fences. He ran on well to score readily at Ascot last time out and arrives here in good form, and with the likelihood of a suicidal early pace from the front-runners, he may have the stamina to pick them up late on and win going away at the line – or is that wishful thinking (probably).

Stats: Six winning favourites in the last 10 runnings, six Irish winners and four from the UK. Four seven-year-olds, three six-year-olds, and one each for five, eight, and nine-year-olds. Nicky Henderson has been responsible for three winners as has Willie Mullins.

Thoughts: Every time I look at this race, I draw a different conclusion!Honeysuckle is hard to oppose looking for her 16th win in a row (if you include her point-to-point), but where is the fun in picking an odds-on shot when there may be better value elsewhere. Appreciate It is her obvious rival and also arrives unbeaten so something has to give, but I am going to take a chance on Gordon Elliott’s Teahupoo at double figure odds – each-way, of course. He cannot beat the mare according to official ratings, but is 2lb superior to the Mullins beast yet more than twice the price, which makes him a bit of value in my book. Unbeaten after three starts this season, he looks as if he will comfortably stay further than this two miles which bodes well for the infamous Cheltenham Hill, and although no “good thing”, he has every chance of a place with any further improvement, though even his trainer thinks that beating Honeysuckle could be a big ask.

Stats: Oh dear. Nine out of 10 winners Irish trained, with four winning favourites – but none since Vroum Vroum Mag in 2016. Five seven-year-olds, one each for five, six, eight, nine and ten-year-olds. Willie Mullins has won this six times though three of those were with the legendary Quevega.

Thoughts: Not really the race I envisaged with the first two in the current betting beaten last time out, but perhaps more wide open than it has seemed in recent renewals. 11/1 chance Marie’s Rock is the shortest priced British runner which tells its own story, though I narrowly prefer Martello Sky to come home ahead of the Henderson mare at a bigger price. With the Mullins record here and his strength in depth, the 6/1 or so about Stormy Ireland is sorely tempting, especially when you note that she is officially rated 5lb superior to favourite Telmesomethinggirl and 8lb higher than second favourite Queens Brook. Willie is adamant that she is even better at Cheltenham, and I will happily be backing her each-way at her current price.

Stats: Every winner finished in the first seven home on their last start though interestingly, not one winner in the 17 runnings finished second or third in their last race, despite 144 attempts. No winner carried less than ten-stone four, and we haven’t seen a winner officially rated lower than 114 – or higher than 139. Score in the last decade is 5-5 Ireland v the UK, though the Irish have won the last four renewals.

Thoughts:  Word leaked out a long time ago that the Mullins camp were keeping their cards close to their chest with the ex-French trained Gaelic Warrior, who they feel is really well-handicapped hence not giving him a run before today to show how good he is – and get him reassessed to the detriment of his chances here. He does have to buck the stats from above having come home third at Auteuil last June, but stats are made to be broken I suppose and if he is as good as they think, he could win this pulling a cart. Petit Tonnerre has to carry top-weight but has done nothing wrong and could be serious danger to them all for Jonjo O’Neill and owner J P McManus, while Jamie Snowden has publicly stated he thinks Milldam is well-handicapped yet he is still available at a massive 33/1 for those who like a bigger price for their each-way chances.

Stats: A narrow 6-4 lead for the Irish here, and it is worth noting the last two winning favourites were back in 2012 and 2013. Seven-year-olds hold sway with four winners, though other winners have ranged from six to 10. Gordon Elliott has won three of the last seven, and Jamie Codd has ridden three winners in the same period.

Thoughts: Hands up who thought we would see a seven-runner field to end the card on the first day. A bit embarrassing to be honest, and a dampener to all us each-way punters, but luckily I think I have found the winner. Although Gordon Elliott’s Run Wild Fred ticks plenty of boxes (trainer, jockey Jamie Codd) he is an eight-year-old, and didn’t jump as fluently as I would like to see when second to stable companion Fury Road, though he did finish second in the Irish Grand National, suggesting he has the stamina needed. Stattler also ticks plenty of boxes for Wille Mullins, who I suspect will have a profitable festival, winning both his starts over fences and making just the one noteworthy mistake at Naas last time out. Unlike his rival, this has always been his target, and although connections feel he has the stamina for this three and three-quarter miles, he his generally neat and nimble at his fences, and has a turn of foot to call upon when needed.

Quality racing in Hong Kong this Sunday and four selections to ponder!