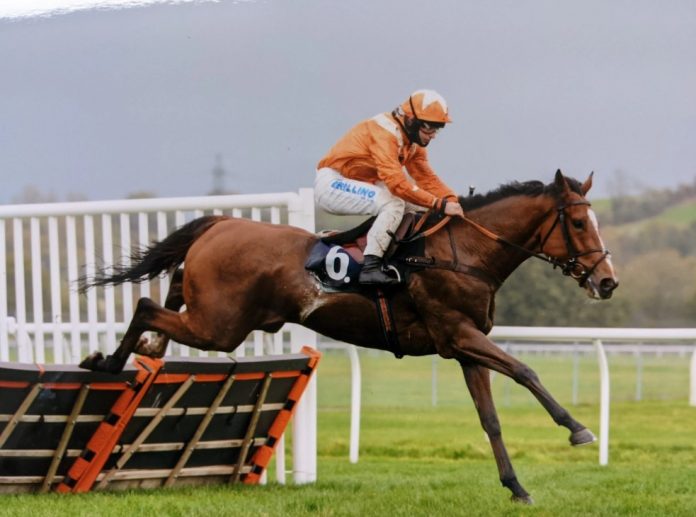 We spoke to injured jockey Lorcan Murtagh who although obviously gutted to be missing the Cheltenham Festival this year, will be back in the saddle sooner rather than later to ride plenty more winners.

Here are his thoughts on the first day of the 2022 Cheltenham Festival….where he very kindly gave his views on each and every race – and was give free reign to say as much or as little as he wanted – enjoy!

“It is hard for me to look past Constitution Hill because Might I (Harry Fry) is one of the best horses I have ever sat on – and Constitution Hill came past me like I was standing still. He is still pretty unexposed but with two starts over hurdles I think he has enough experience, and I won’t be looking anywhere else for the winner”.

“I think it looks wide open this year, but Blue Lord just hasn’t impressed me even though he has won his last three, and I think Edwardstone will be very hard to beat. Alan King’s horse has gone through his races nicely and jumped well to win twice at Warwick and that is a proper jumping test, which will set him up well for Cheltenham. He was brought down on his first start over fences, again at Warwick, but that wasn’t his fault, and he has won the rest in the style of a decent horse”.

“I like three horses in this and I think that Frodon can go well back in handicap company which will suit him, and he won’t be far away, even though he has to carry top-weight.  I also think Corach Rambler can go well – he  impressed me when winning here in December, but I also have to put in a good word for Vintage Clouds who likes it here at Cheltenham and always runs his race. There is a chance the ground won’t be soft enough to see him at his best, but if I had the chance, he is the one I would love to ride”.

“I think Honeysuckle could be beaten here, and if Appreciate It is 100% ready to go he could overturn the favourite. The way he went throughout the Supreme last year was incredible, he just travels so strongly and did everything you would like to see and did it impressively. Adagio could run a very big race after his second in the Greatwood and the Kingwell hurdles and is a hardy little horse who came second in the Triumph Hurdle last year, so the course is not an issue. I think he could run a massive race at a big price”.

“Burning Victory won the Triumph Hurdle in 2020 at a big price and also won nicely enough last time out when going away late on at Punchestown, beating Queens Brook in to second. I just can’t see that form being reversed, yet she trades at 9/1 with her rival a 4/1 chance, and she looks a decent each way shout. If Heaven Help Us gets a good trip round she could run a massive race if she can repeat her Leopardstown second over Christmas, and back up in trip against her own sex she could run a massive race at a big price”.

“Brazil ran very well at Naas beating some decent sorts in the process, and I think he has a nice rating of 137 and he looks the sort to go well in this race.  At 15/2 he looks decent each way value, but I also like Doctor Brown Bear, who seems to have got in off a decent weight and with experience on his side after five races over hurdles, he could be there or thereabouts at a bigger price”.

“Gavin Cromwell’s Vanillier is the one for me here.  He has disappointed in his last two races but don’t forget he won the Grade One Albert Bartlett here over hurdles last year and I really do like this horse’s chances. Derek O’Connor riding is a massive plus and he will be very hard to beat, and although Run Well Fred was second in the Irish National last April and is a worthy rival, I just think Vanillier has a really good chance”.

Finally, I did cheekily ask Lorcan, if he could ride one horse on Tuesday which would it be – and Constitution Hill was the immediate answer.

Superb results yesterday and all 15 races have been checked over for today.