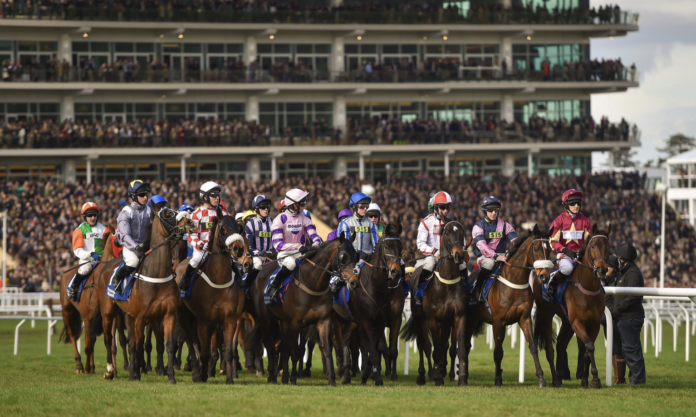 A few winners today which made up for yesterday, including Mac Tottie and he has a surprise verdict on the big race itself!

I do like the chances of Remastered here. He would have placed at Newbury in the Ladbrokes Trophy if he hadn’t fallen four out and he has run two decent races since then as well. He has had wind surgery since we last saw him and is much better handicapped on a return to hurdles as well. I think he has a great chance here, but if you want one at an even bigger price, then If The Cap Fits could go well. He can be a bit of a monkey sometimes, but he wasn’t disgraced when sixth in the Pertemps Final at Cheltenham and if you look at where he was coming round the final bend, you would never have guessed he would have finished as close as he did. If he turns up here in the right mood, he could get involved in the finish here.

Might I for me in this one, I just cannot dessert him here and I have good reasons. He won very impressively at Newton Abbot before a second to Supreme Hurdle winner Constitution Hill at Sandown and followed that with a third to Jonbon at Haydock when the race wasn’t run to suit him. As we all know that was already top-class novice form but Jonbon franked it yesterday at Aintree with another win and I cannot for the life of me see why he trades at 16/1.  Good Risk At All is another who could go well and he came home ahead of Might I in a Newbury bumper last year, but I am pretty confident my choice will reverse that form this afternoon.

Sorry everyone but what can I say? I think Edwardstone is the banker of the day if he gets round safely, he really impressed me when taking the Arkle at Cheltenham and as things stand, I just cannot see him being beaten in this race either.

Although Flooring Porter was impressive at Cheltenham, I am not convinced that this track will suit him as much and they are inclined to go more flat out here which will not give him the chance to get the breathers that he had at Prestbury Park. I am more inclined to stick with Thyme Hill, who won this last season and who I think is more suited by these conditions than the likely favourite.

Espoir De Romay for me despite the worry of top-weight. He fell here two out in the Mildmay Chase last year when running a huge race and has only had two starts since with a third at Carlisle and then Kelso. After a fall it can take them a couple of starts to get back to their best sometimes and on ground that will suit him, I am hoping he has a massive chance. Empire Steel is one who could also go well at a bigger price, and although he may not be able to get his own way at the front in this field, a strongly run race will suit him perfectly and he could well run in to a place.

Did anyone expect me to say Santini? I think he has a massive chance for a 50/1 shot and remember, he did finish second in the 2020 Gold Cup when with Nicky Henderson. He wasn’t disgraced when eighth in the Gold Cup this year either and he jumps well and I think he has a very live chance at a huge price. If I am allowed a second option, then Two for Gold would be my second choice after his second to Fakir D’oudairies at Ascot in the Betfair chase with the winner franking that form by winning the Melling Chase here yesterday. He has improved no end this year, digging deep to see off Dashel Drasher on heavy ground at Lingfield, and I think he has got a live chance as well.

One more race to round things off and I like the chances of Leave Of Absence here, he is two out of two under rules and won last week at Newbury when making the running and then quickening clear to go and win by six lengths. If this race doesn’t come too soon for him he can go well, but other than that is the Willie Mullins pair of Houlanbatordechais and Rath Gaul Boy that catch the eye. They can’t be ignored when we all know their trainer dominates this sort of race, and both look to have a decent chance.

Moment Of The Day Friday

Seeing Mac Tottie win was just great for the sport. I was delighted to see Sean ride the winner in what was a proper family affair, and the smiles on their faces will live long in the memory.

And If You Could Ride One Horse…

Might I for me, we have already had some good days and when I get back in the saddle, I am hoping we will have many more. He was my first winner after arriving at Harry Fry’s and obviously I have a soft spot for him, but as you can see (above), I also think he has a very decent shout.

Sean’s brewed up some PGA tips!