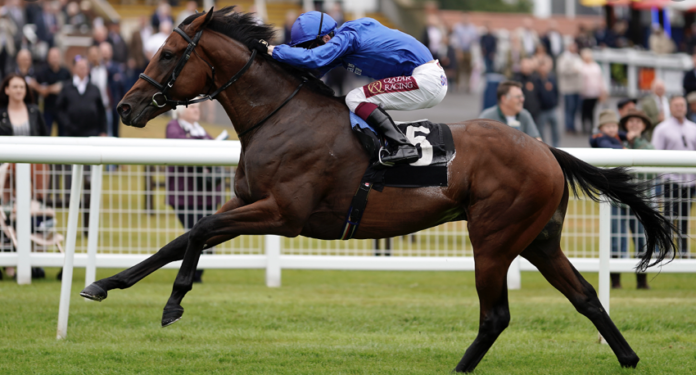 At this time of year I’m stting here mostly watching the flat season get under way, and looking at what is going on behind the winners and placed horses, because it’s a long season and, whilst some have theirs ready to rock up and perform first time out, a lot of trainers are thinking two or three races further down the line.

AMEYNAH duly obliged, as expected, in the first race on the card whilst this 1000Gns entry might find Group 1 level a tad high right now, she’s definitely Listed/Group class going forward. With a view to this race next season, just watch out for anything Roger Varian sends for it….this was the fifth time he has won the race from 10 running’s of it so he’s clearly targeting it.

The 1-50pm is the race I feel we have one to put into our trackers for this coming season. Three of the first four home were drawn 9, 10 and 12 and it was the thirdp laced horse, HARRY THREE that really caught my eye, running a heck of a race from a low draw (5). He finished just less than a length off the winner and failed by only a short head to secure second place. If Clive Cox cannot get a race or two out of him this summer, I’m a Dutchman.

The Wood Ditton supplied the 1-2 expected in my morning article on the website and paid 9/1 for the Exacta, which was nice but it was the 3-00pm race that had me scribbling down the name of RUN TO FREEDOM….and whacking it in my tracker.

He opened 22/1, was supported, went off 14/1 but he had no luck at all in the run, made a mess of the start, had no run from two furlongs out, switched left, right and then ran on well to finish fourth beaten less than four lengths and beating the favourite into fifth place. I can definitely see him winning at Group 3 level and he’s a half brother to the well backed TWILIGHT SON (Newmarket 4-45pm today), who has won at Group 1 level.

The rest of the meeting belonged to Godolphin/Appleby/Buick who ran up a treble winning the last three on the card and I’ll be stunned if all three do not win plenty more races between them this season. NATIVE TRAIL shortened further for the 2000Gns of the back of his stroll at 3-35pm, winning @ 1/4 and don’t be surprised at all to see NEW LONDON going for a Derby trial next time he’s on a racecourse.

TRANQUIL NIGHT was very impressive in the finale at 4-45pm, winning pulling a caravan by just under four lenghts and that his third win on the bounce, since he lost on debut and was subsequently gelded for that! He has now gone off the favourite to win on all starts and I’ll be very interested to see what theydo with him next.

TWO FOR THE TRACKER

It’s all a bit Mickey Mouse racing today and you’ll only bet at Plumpton if you need help!

Lorcan Murtagh’s thoughts on day two of the Aintree Festival