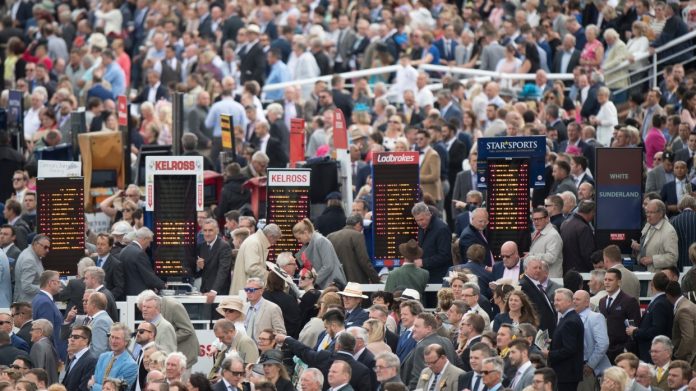 The flat season has started, honest!

Why then, do we have four NH meetings, and just one flat meeting taking place on turf?

Matt Chapman got it right when he said, “because we are mad!”

I have looked at each meeting in turn and will try to find a winner or two from each that will produce enough profit to pay for dinner tonight.

An extremely weak meeting, eight races four of which are Class 6, two of Class 5 and the only race I would be interested in playing here would be the Class 3 at 3-24pm.

Here we have 11 going to post, and it is one of the two races here that I have produced Ratings for. Obviously I’ll not be able to let cats out of bags, as those cats belong to subscribed members only but, if I were to be considering a 20/80 at this meeting then it would be a small play BILLY MCGARRY in the 4-34pm event.

Ridden by Kevin Stott for David Brown, this combo has a superb record when joining forces at Redcar, three winners from the six runners Stott has ridden for Brown.

Brown himself has a 33% strike rate with 3-y-o’s at the course and I’m liking the low draw the horse has got himself.

Obviously staking will be low here….Class 6, say no more….but the horse has raced recently, drops in grade and returns to the track at which me made debut last November, his only run on turf.

I would take a punt at the 16/1 currently available.

Seven races, yet only 40 horses on view….quite pathetic really, isn’t it. The only races for e.w. players is the Veterans’ Handicap and the Bumper and in the middle of that pair of race, is a Hunter Chase with six runners. The first four races on the card has 4, 3, 5 and 5 runners.

It looks like Brian Hughes has rocked up here to get to 200 winners for the season…it also look like Alan King is trying to help him out as he gives him two rides on FOREVER WILLIAM (1-35PM), and RESTITUTION (2-10pm).

Kind doesn’t send many here, just 29 runners in the last five years but, those he sends are generally “off” and nine of those 29 have ended up in the winners enclosure.

I’d have a couple of quid on the double.

We do have a Class 3 race here but only five are here to race for the near £11k prize money. I’m going to suggest a shekel win on EAGLESHILL. He is, currently, the 4/1 outsider of the five runners (it’s that tight a race!), but he’s three from five over fences and Heskin is here to ride him for Olly Murphy.

Heskin is 3-5 at this track for Murphy and the horse has his conditions, which cannot be said for the two heading the tissue DANNY WHIZZBANG and TRUCKIN AWAY, who are a combined 0-5 on the ground as currently described.

This horse has pulled up three times, including last time out and, on the previous two times he did that, he won next time out. I’ve seen this before with JP owned horses (used to happen with O’Neill runners), and with so many runes pointing towards him as a potential winner, I’ll have a quid @ 4/1.

More small fields and it’s the four runner 3-45pm where I’m looking for a winner at this track today. WAYFINDER runs for Rebecca Curtis and she has asked Ben Jones to ride again after him taking the ride on this horse for the first time, at this track, on April 2nd, an the pair bolting up.

Jones has ridden for Rebecca on six occasions at Chepstow now, and won on four of those rides. I’d say the 2/1 is fair despite this rise in grade. He has won and placed in four of his seven runs over fences to date and is relatively unexposed over them.

I genuinely cannot wait for this NH season to end but I have to take a punt here on MINELLA HUB, who has raced twice at Plumpton, won on both occasions, both very easy wins.

No good thing as the current joint favourite, LIGHT N STRIKE has a 10lb claimer on top who rode this horse to victory here on November 15th.

Not a great day’s racing and more for family days out than proper punting but they should all give you a run for your money and, hopefully, pay for a burger.

Charity Shield not at Wembley this year!