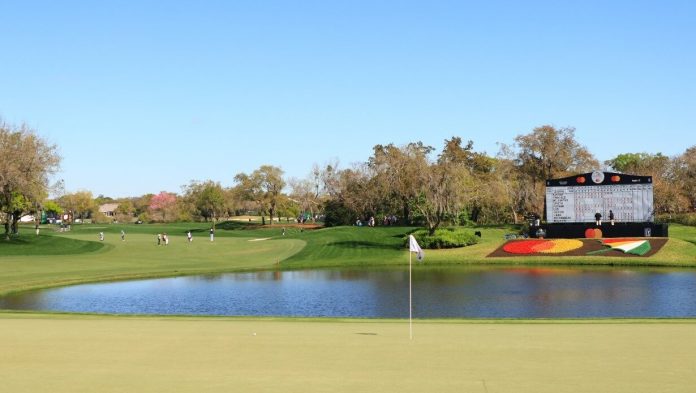 I’m back! After a short sabbatical (I was just too busy and I refuse to write any previews if I don’t have the time to do them properly), but I arrive refreshed and quietly confident our golfers will give us a good run for our money as we look to take a profit, however small, from the dreaded bookmakers, who generosity invariably rivals Scrooge.

We do have a decent tournament over here with the British Masters from the Belfry, but the truth is there are far more statistics at my disposal for competitions stateside, and those are what I spend all my time on before drawing my conclusions.

This week we head off to the Wells Fargo Championship, to be played over the standard four days but moved to Potomac in Maryland form its usual venue is prepared for the Presidents Cup in September.   A Par 70 measuring in at 7107 yards the big hitters will lose much of their advantage here which to me makes for better golf and in what looks a fairly open field, here are my opinions with reasoning – be them right or wrong.

***NOTE*** Different bookmakers are offering different each way terms so do shop around for best odds and best place terms and any special offers with the bookmakers to steal the most value, and DO check the exchanges for bigger prices – I can’t put them on here accurately as they differ by the minute. Betfair prices quoted are as indicators only and were correct at the time of writing.+

Before anyone jumps on me for tipping Rory once again (you know who you are!), the popular Irishman did show signs of a return to form last time out when second to our selection at the Masters and sensibly rested since. Although this is a different course he is the defending Champion, and to be honest, if he is back to anything like his best, he is a stand out option here. No, he won’t be able to make the most of his distance off the tee, but that won’t stop him going well here if he remains in the groove. I don’t like his price (do I ever), but he thoroughly deserves his place at the head of the market in this field,  and may well win this with something to spare barring mishaps.

Stats haters look away now! This course, in my mind, plays simply (if golf can ever be described that way), and straight hitters with a decent short game may rule supreme by Sunday evening. The Canadian fits that description ideally and is has hit a top 20 ranking for strokes gained tee to green in each of the last four seasons.  Since the start of last year he has hit a top 10 finish on the PGA Tour on 7 occasions, and a top 20 on a further 11 starts which is pretty impressive, he is currently ranked sixth for strokes gained tee to green this season, and third for Greens in Regulation, and with the big-hitter bias removed at this course, he has an outstanding chance of a place at least

Let’s go through the appropriate checkboxes shall we, then you will hopefully see why I am thinking we could have a second Brit on the podium here. Bentgrass greens (perfect, tick), a shorter course (tick), tree lined fairways (tick), and in-form (tick). His last outing was at Copperhead in the Valspar Championship where he came home an honourable fifth, but in a far better field, with some of the World’s best players toiling in his wake. He lost in a playoff to Scottie Scheffler to be knocked out of the World Matchplay, and although “only” 14th in the Masters, he was ranked first for total driving, and fourth for ball striking in a stellar field, suggesting his first PGA Tour victory is a matter of when, not if. A relative youngster at the age of 27, he may well have a lot more improvement to come if he keeps on learning, and although I admit I was disappointed by his price, when you consider all the facts, you can understand why the bookies are running scared.

Only Fakenham this afternoon and not much to report

Interesting….and one for your trackers!