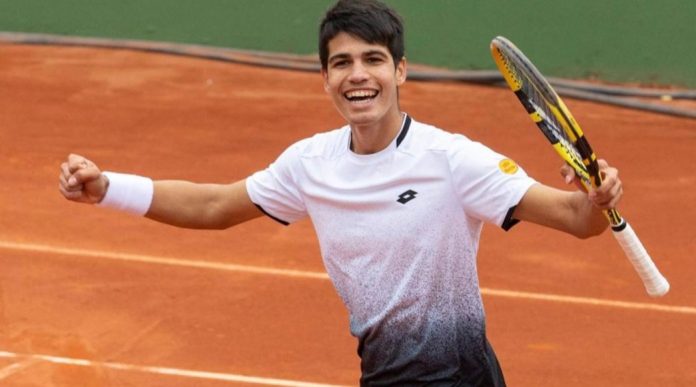 We have a new tennis superstar on the block and about time, too!

He didn’t just beat the World No. 3, he beat him easily 6-3, 6-1 and that followed on from victories over both Djokovic and Nadal.

Alvarez has also become the youngest player to enter the top 10 since Nadal in 2005 and victory last weekend provided him with his seventh straight win over a top 10 opponent and his fourth title of the year, too.

This was his 28th win of the current season and edged him one clear of Stefanos Tsisipas.

After the game he was given high praise by the man he had just beaten, Zverev saying, “right now you are the best player in the world”, before joking, “even if you are only five years old!”.

Alvarez said, “it feels great to beat these players. I would say this is the best week of my life”.

He attributed his success to his age, “I am 19, which I think is key to be able to play these long and tough matches a row. I am feeling great physically”.

Alcarez went on to say it was extra special to be winning in Madrid, where he first started watching tennis as a kid.

Keep an eye on this guy, he’s going to the very top!

Tres fuera del tee….hoping to get a tune out of Bjork!