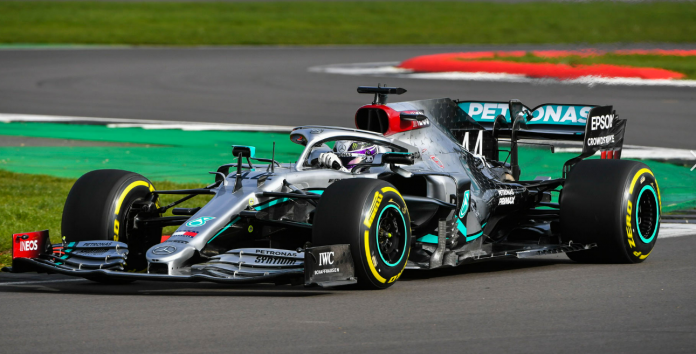 I’ve been doing a bit of reading on this subject and it appears the reason why Mercedes is struggling in the new F1 season is due to the “bouncing” that has badly affected the car. As part of the new technical rules, ground effect has returned to F1 after decades away and ideally, you want to run your car as tight to the ground as possible to create downforce.

However, as the Mercedes is picking up downforce at high speed, the ride height of the car decreases.

This stops the airflow underneath the car – which causes it to raise slightly. The car then lowers again as it picks up downforce, causing the whole cycle to begin again.

It is also known as “porpoising” and most of the teams have been affected by it in testing, but Mercedes seem to be struggling more than most with their “W13” car. They reckon its zero sidepod design machine does have some real speed if they can work out how to unleash it.

In Bahrain, they managed to get a third and fourth place finish after the late retirement of the Red Bull cars, although they were 40 seconds off the leaders when the safety car was called for Pierre Gasly’s retirement.

In Saudi, Hamilton qualified 16th, his worst showing since he bagged 19th at the 2009 British Grand Prix, as Russell took sixth after the seven-time champion suffered with a loose rear end after changes to the cars set up.

On race day, Russell was fifth as the Ferrari’s and Hamilton could only salvage 10th as Red Bull dominated the race.

Much of the reading I’ve done seems to indicate Lewis Hamilton has had enough of the game anyway after what happened last year but if they get this problem sorted out that might change. We’ll see!

Williams look set for another poor season in 2020