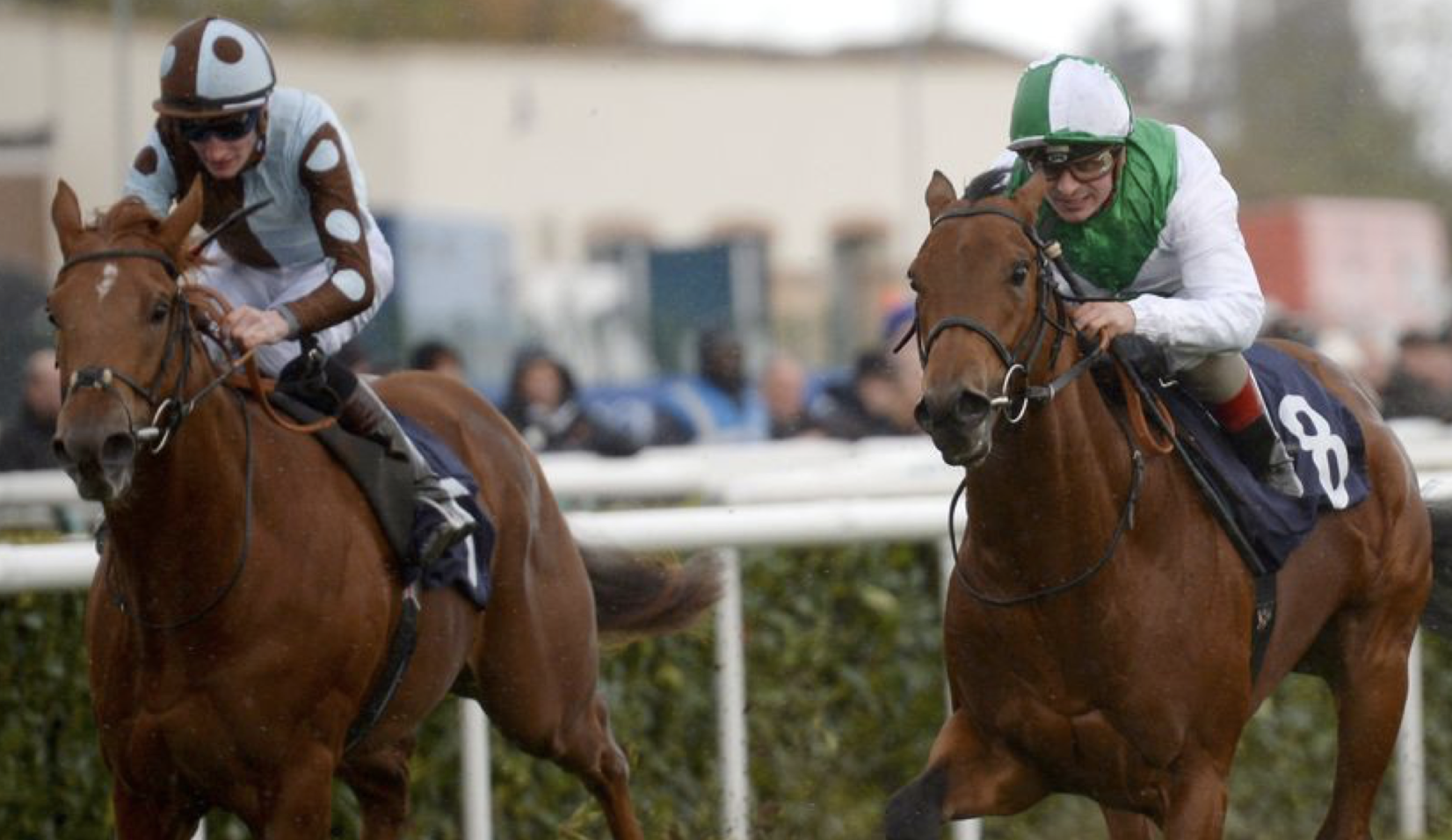 Few people will have left Newmarket yesterday in a better mood than trainer Steph Hollinshead who admitted it was great to enjoy a breakthrough success at the track after Royal Musketeer got her off the mark for 2022.

Having seen a number of her recent runners finish in the frame, the Staffordshire-based handler finally saw her luck change thanks to the victory of the gelded son of Acclamation in the Racing Welfare Supporting Racing’s Workforce Handicap (7f).

Purchased for 50,000 guineas out of the Charlie Hills yard at Tattersalls Autumn Horses-In-Training sale the 15-2 chance built on a respectable fifth on his stable debut at Doncaster in the seven furlong vent when prevailing by two and a quarter lengths under Cieren Fallon.

Hollinshead said: “It feels really good and it is great to get my first winner at ‘Headquarters’.

“We were really pleased with him last time. The ground was perhaps on the easy side for him at Doncaster but lots of runners and plenty of pace suited him that day.

“He seems to be growing up all the time and they have gone a good pace today which has suited him and he has got home really well.

“We had him gelded over the winter as he was a little bit immature in his head but he has now done a lot of growing up.

“He will probably see out a mile now and Cieren seems to think he will stay that trip. Hopefully, there will be more progression.

“I’m really pleased with that and he seems like a nice horse so hopefully he can go on a bit still.

“The horses have been running really well but we have just been lacking a winner so I’m really chuffed about this and to have the winner here is just great.

“They are in good order but now we have had that winner I can relax a little bit more now.”

The John and Thady Gosden-trained Mighty Ulysses set himself up for a potential trip to Royal Ascot after getting his career back on track with a clear cut victory in the National Stud For Education Novice Stakes (1m).

With his chances of an appearance in the Cazoo Derby ruled out following defeat in the Listed Cazoo Blue Riband Trial at Epsom Downs last time out, the son of Ulysses made the most of a drop back down in class and trip.

The 8-13 Favourite, who holds Group One entries in the St James Palace Stakes and the Qatar Prix Du Jockey Club (French Derby), just had to be nudged to score by four and a half lengths to give winning jockey Benoit De La Sayette his first winner at the course.

Bruce Raymond, racing manager to owner Saeed Suhail, said: “We would have been disappointed if he didn’t win in this company.

“I watched the race with John at Epsom and then we both come off the stands and said we didn’t think he stayed the mile and a quarter.

“Frankie (Dettori) said he thought he stayed and that he was just a bit keen and fresh and that he might have just needed it. I think this is his trip though.

“We will leave plans to John and the owner but he could be a nice Britannia horse that could go on to better things later. I do think he is a very nice horse.”

A fourth trip to the Royal meeting could now be on the agenda for Nate The Great who was described by connections as a “little horse with a huge heart” following his emphatic success in the Lope Y Fernandez New For 2022 Handicap (1m 6f).

The six year old gelding made his first appearance on turf since finishing down the field in last year’s Together For Racing International Cesarewitch Handicap at the track, a winning one under apprentice jockey Harry Davies.

Demonstrating that stamina is his forte, the Andrew Balding-trained 13-2 chance, who filled the runner-up spot in the 2018 Chesham Stakes, 10th in the 2019 Queen’s Vase and fourth in the 2020 Queen Alexandra Stakes quickly put daylight between himself and his rivals once sent on before scoring by seven lengths from 5-2 Favourite Soapy Stevens.

Anna Lisa Balding, wife of the winning trainer, said: “He is a little horse with a huge heart. It was a great result and Harry Davies gave him a great ride. Stamina was never going to be a problem for him.

“He was going to run in the Chester Cup last week but the ground went against him. He ran in last year on soft ground but he likes it to be top of the ground.

“He is a little bit quirky to saddle and he has got a racehorse’s brain but is the size of a pony.

“Royal Ascot is something that would be on the table as the owner (Mildmay Racing) loves going as most do.”

The 20-1 success of Golden Spice on her turf debut in the opening Supporting Mental Health Awareness Week Handicap (7f) might have been a surprise to some but not to trainer George Margarson.

Margarson said following the three year old’s half-length success: “We always knew she would be better on the turf. The only thing that has surprised me is her price.

“We took advantage of the all-weather to get her maiden out the way and I thought she was a bit unlucky on the all-weather as she often had to do much of the work herself there.  “Today she was able to sit there and travel well. She has got plenty of guts as she showed there at the end.”