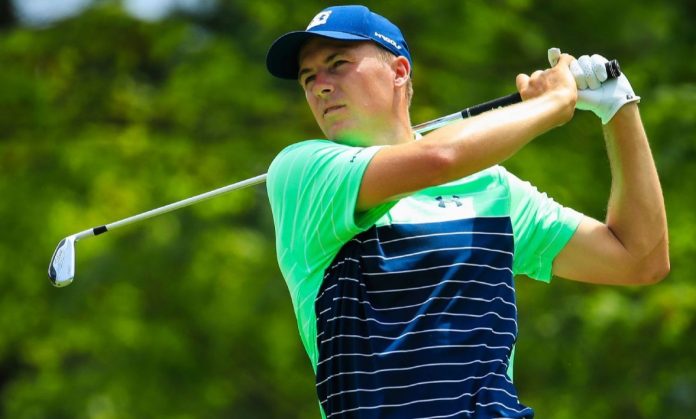 With Sean currently in Spain on a golfing holiday (and a trail of liver destruction), I felt I’d take a look at this tournament myself and use my horse racing methodology to nail a profit.

I’m not actually interested in who wins it, I just want that name in the list of players used to place my dutch. For the purists, I’ll name three to play singly but I can tell you now, Tiger will not be one of them. One leading bookmaker tells us he’s their biggest single liability and it’s amazing how much sentiment can get in the way of fact when betting.

We know he’s the best we’ve ever seen but he’s now very much playing his own back nine and whilst he got through the Masters to finish 47th, he struggled like crazy and this track will be an even bigger test of his fitness. Only five of the players that went into that weekend eventually finished behind Tiger and the adrenalin had obviously worn off.

You can have 11/10 with Paddy Power that he misses the cut and so have £10 on that and then use another £10 to play my three….you then make a profit off Tiger having the weekend off and a no lose position.

I love stats, as anyone that reads my racing work can testify, and I’ll apply the ones that matter most in that sport, to this….it worked in the only other tournament I’ve done this (a few years ago now), and fingers crossed it will do so agin.

I always start with age groupings when working on a horse race and if I do that here, I want people in their 20’s onside, as seven of the last 10 winners were. I’ll not make a shortlist just yet as when working on a race, I’m looking at 12-20 runners and not a list of players such as that I’m working with right now.

Usually I’d look at weight next, but that would just be plain rude so my next port of call is the market. What were the prices of those last 10 winners “at the off”?

This is a sport that chucks up these funky results but I’m going to say we rule out anyone trading bigger than 50/1….and older than 29!

If I were to spread £100 across those named above, at current Betfair prices (which are nearly always better than High Street prices), and one of them wins, you make a profit of £123.30…I’d take that from a horse race!

I can narrow it down further though.

We want to be working with American player….they have won seven of the last 10 tournaments and so from that first list, after removing those of other nationalities, we are left with:

I would be seriously happy with that kind of result but if I were looking for three to work with (Sean’s preferred), I like to work with “horses in form”.

Eight of the last 10 winners of this had finished in the first 20, in their last tournament. the three that qualify are:

One of that trio wins in in my stats and trends world!

For an outright winner, I’m with Spieth. He ran home second last weekend and has posted two top three finishes in this, in the last seven years. In form, American and the “right” age.

Best of luck with yours!

PENSIERO D’AMORE SETS UP SALES DATE WITH SUCCESS IN FEATURE