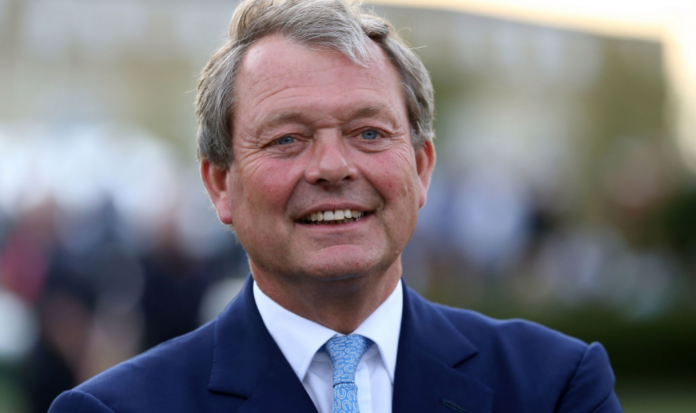 Jockey Cieren Fallon feels that there’s every chance that the best is yet to come from the progressive Sense Of Duty (15-8 Favourite), who a claimed notable scalp when gamely battling to victory in the Listed EBF British Stallion Studs Cecil Frail (6f) at Haydock Park this afternoon.

The daughter of Showcasing, homebred by St Albans Bloodstock, was comfortably the most inexperienced of the 11-strong field coming into proceedings, for all that she arrived here winning two of her three visits to the racecourse.

There was no doubt about whether William Haggas’ charge would know her job however and she showed an excellent attitude to bide her time under Fallon, before battling off the attentions of the highly-regarded Flotus to prevail by a neck.

Sense Of Duty has an entry in next month’s Group One Commonwealth Cup at Royal Ascot and while he wouldn’t be drawn on future plans, Fallon was taken with what he saw from his mount.

He said: “She’s a nice filly. She’s still very inexperienced but wow, her attitude towards the last furlong was incredible – she never gave in. She was away nicely and travelling really well, I see Silvestre coming over (on Flotus) and box us in a bit, but she didn’t panic and we picked ourselves up and she was just so tough.

“She won well at Redcar the other day and she’s come here and beaten a horse that finished second in a Group One last year. She’s got a very nice temperament and attitude so she’s got everything you’d want in a racehorse and hopefully she can progress.

“I’m so lucky to be a part of this operation, William and Maureen have been so good to me since I’ve come into racing and I’m lucky and blessed to be in this position – please God it can continue.”

There were plenty of noteworthy performances on the seven-race card, which included a winning debut for the Sean Woods-trained Inanna (9-1) in the Culcheth Fillies’ Novice Stakes (7f).

The daughter of Acclamation proved to be feisty in the preliminaries, unseating jockey Ben Curtis on her way to the start, but she showed none of that in the race itself, knuckling down well to prevail by a head in a four-way photo finish.

Inanna has nothing by the way of fancy entries at the time of writing, but Curtis admitted that he wouldn’t be surprised if the filly took a notable step forward from this opening run.

He said: “To be honest once the stalls opened it was pretty straightforward, she was a bit calmer on the ride down. She didn’t take any riding up mind as she dropped me and then went on her own! It was very straightforward in the race though and she’s got a lovely attitude.

“She’s lovely to look at and was just a bit caught back when I got on her and it took her a bit to get used to the racing saddle. Other than that, she should take a big step forward from this.”

Meanwhile, James Horton continued his impressive start to his training career when notching up a sixth career success since Easter Monday courtesy of Phantom Flight (7-2) in the Bryn Gates Novice Stakes (1m).

Horton has moved up to a new base in Middleham after spending several years under the tutelage of Sir Michael Stoute and Phantom Flight showed plenty of ability to enhance his trainer’s strike rate to 25% for the year with a three-quarter length success.

And the trainer was pleased with how things have started for his team. He said: “It’s pretty surreal to have trained six winners since Easter Monday. There were four in there under a penalty so on paper it was a good race, so hopefully he kicks on. He’s a very straightforward and uncomplicated horse, he’s done everything right and he’s becoming more and more professional.

“Middleham is great, I’m loving it and we’ve a great team there. John and Jess (Dance) have been fantastic and supporting us really well so it’s all going good at the moment.

“We’ve been up there since September building a team very gradually, starting with four horses and two guys. It’s taken a bit of time but we’ve had time to get organised and a winter to get used to everything and try to get it right.”