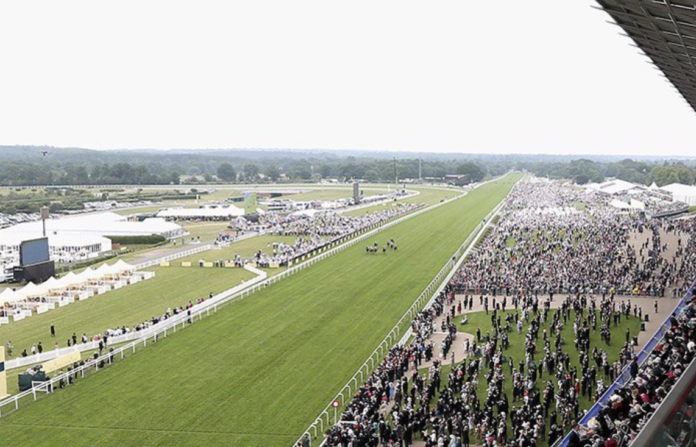 Clive Cox admitted he was ‘astonished’ by the performance of Whoputfiftyinyou (6-1), who overcame plenty of adversity when striking late in the Cazoo Silver Bowl Handicap (1m) at Haydock Park today – sealing a second victory in this race in four years for his connections.

Both Cox and owners Paul and Clare Rooney won the contest back in 2018 with the similarly progressive Crack On Crack On, though the bird certainly looked to have flown this time around when the well-supported 13-8 favourite Mighty Ulysses kicked for home at the two furlong pole under Benoit De La Sayette.

However, David Probert kept his cool on Whoputfiftyinyou, who was forced to take a wide route into proceedings but certainly found plenty for his rider’s urgings in the final furlong – ultimately winning by a cosy half-length.

Cox revealed after the race that he was now eyeing up the Britannia Stakes at Royal Ascot for his charge, who extended his perfect tally to four wins from four outings.

He said: “That was very impressive, we were concerned enough on the turn when he did just lose his footing and he dropped the bridle totally for a bit, but he’s clearly very talented. We’ve always witnessed that really impressive turn of foot he’s got and he had to do that. He almost got there easily in the end, so I was astonished.

“He’s a very laid back type and it’s a great characteristic to have. He’s just done what he’s had to and while it hasn’t been a big surprise he’s kept astonishingly well and that was a big step to take today. I’m delighted for Paul and Clare Rooney and it is nice when you get those horses.

“We’ll keep taking it a step at a time, but we’d be hoping that he’s a Britannia horse. We said we’d go there if he won this and there’d be no reason to change that really, but we’ll see.”

The four year old proved himself to be a useful stayer for the Andrew Balding team last season, winning the valuable Melrose Handicap at York, and he took another step forward on his first try over two miles here when reeling in the long-time leader Golden Flame in the dying strides.

While winning jockey David Probert was tight-lipped about future plans, he feels that there could be more to come yet from the son of Dansili.

He said: “We travelled really well into the race and as we were going through the motions my whip kind of went missing for a stride or two so I just had to gather him and he recollected himself really well.

“He’s seen the extra two furlongs out really well today and he’s shown previously that he’s got ability when winning the Melrose at York last year. Conditions aren’t too much of a worry so he’s a lovely horse who’s progressing well and hopefully there’s more to come. Now he’s seen the trip out well I suppose there will be a few more options opening up for us.”

The opening race was the Cazoo Florida Handicap (1m 4f), which saw the rapidly improving Colinton (11-2) strike in-front of the ITV cameras for the Scottish Borders-based Katie Scott team.

The four year old was lining up off an 18lbs higher mark than for his first start at the beginning of the year though he still looked to have plenty of scope about him, slowly wearing away at the front-running Carlos Felix for a one length success – his fourth of the year already.

And winning trainer Katie Scott was thrilled with the performance. She said: “He’s a super tough little cookie. He’s gone up 18lbs in the handicap this year, so today was a case of finding out if he’s a Saturday horse and he’s done it in fine style.

“I think he’s caught his owners a bit by surprise as he’s not really bred to stay so he was probably handicapped for the wrong trip, which left him well treated when he moved into the staying division. We didn’t expect him to win that so we’ll go home and see what the handicapper says on Tuesday and make a plan for him.”

Rachael at Perth for Ladies Day!