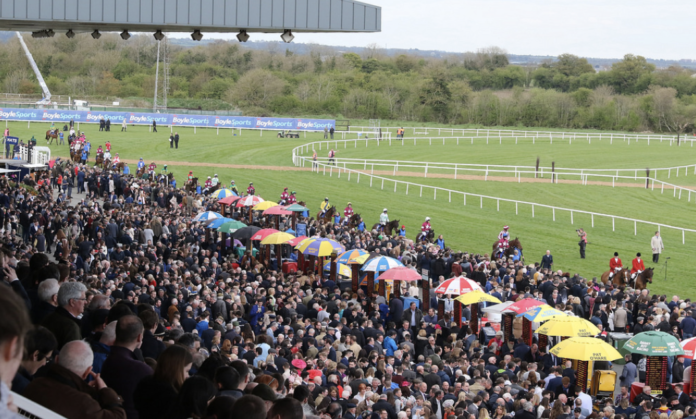 King’s Lynn (5-1) placed his name into the reckoning for the two Group One sprint prizes at Royal Ascot next month courtesy of an ultra-game success in the silks of Her Majesty The Queen in the Group Two Cazoo Temple Stakes (5f) at Haydock Park today.

The five year old has some smart form to his name over both five and six furlongs and having won a Listed race over today’s course and distance 12 months ago, he took his form to a new level here, taking over from the fading Winter Power at the furlong pole before holding on gamely by a head from the fast-closing Twilight Calls.

Andrew Balding’s charge has been shortened into a price of 14-1 with bookmakers for both the King’s Stand Stakes (5f) and the Platinum Jubilee Stakes (6f) at Royal Ascot and Jake Warren, who was representing the owner Her Majesty The Queen, could not hide his delight at the performance.

Warren said: “He’s run a blinder and he’s been a really consistent horse through two, three, four and now five. He’s in great shape and condition and handled it really well, so it’s an amazing result for Her Majesty.

“As you know all roads lead to Ascot at this time of year and he’s hit the line very strongly there. He’s effective over both five and six furlongs, I’m not part of the decision making team but I’m sure dad (John Warren), Andrew and Her Majesty will have a re-group and make the appropriate plan. It’s wonderful to have a result like this for her and it’s the beginning of an exciting year.”

Winning jockey David Probert, who was bringing up a 209-1 treble on the card following the earlier victories of Valley Forge and  Whoputfiftyinyou, said: “It’s a massive year with the Platinum Jubilee and I am just delighted with this horse. He deserved to have his credit on a big day and he has finally got it.

“He is a horse that travels so well into his races and I was trying to hold on to him for as long as I could. It worked out and he stuck his neck out well at the line. He is a very gutsy performer.

“It would be a dream come true if he were able to win at Royal Ascot and he is a horse with plenty of ability. He has got a lot of speed and is able to pick up, so a stiff five furlongs at Royal Ascot would be ideal for him.”

The runner-up Twilight Calls was having just his second start in Group company and trainer Henry Candy commented: “He’s getting better. He loves really rattling fast ground, but you can’t blame the ground today. He wasn’t totally lucky in-running but take nothing away from the winner.

“Adam (Kirby) said the faster they go the better and I think if Wesley Ward appears at Ascot, that shouldn’t be a problem. They go a million miles an hour (in the King’s Stand) and hopefully it will be firm ground as well.”

Meanwhile, Tim Easterby said of the 7-2 favourite Winter Power, who faded into eighth: “She slipped a little bit coming out of the stalls but David (Allan) was quite happy with her and she travelled well and he said he just thought she might’ve needed this to put her right.

“I remember when she was two and we were trying to get her ready her for Ascot, you just can’t naturally get her ready early. She’ll go to Ascot, but we might have a look at somewhere else first.”

Mulholland aiming for the Plate with Exelerator Express!