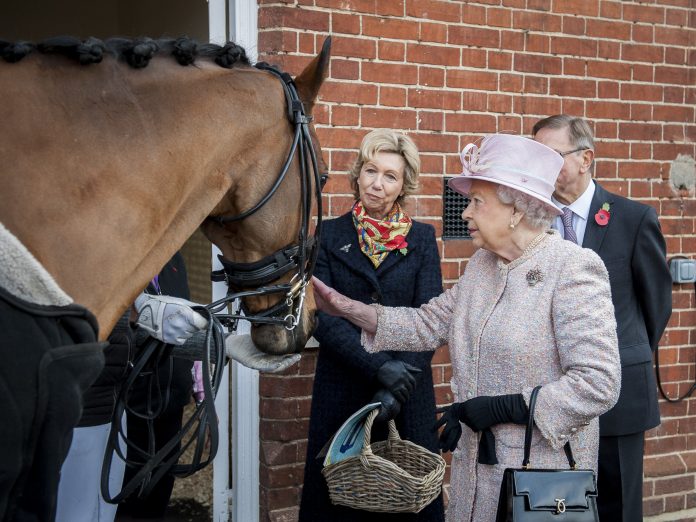 Several of The Queen’s former racehorses will take part in a special parade at Epsom Downs Racecourse on Cazoo Derby Day (Saturday 4th June), as part of a tribute to Her Majesty’s contribution to the horseracing and breeding industry.

With the Queen planning to attend Derby Day in person as part of the official Platinum Jubilee celebrations, Retraining of Racehorses (RoR) has worked with The Jockey Club, which runs Epsom Downs, to arrange for five of the monarch’s retired thoroughbreds to be present on the day. As well as being a passionate supporter of horseracing and Patron of The Jockey Club, The Queen enjoys following the progress of her former racehorses who are now enjoying second careers and takes considerable pride in their success.

The parade of Her Majesty’s horses will be in addition to a Guard of Honour of 40 jockeys who have ridden for The Queen, who will greet her arrival dressed in her famous silks at the track on the day. Phil White, London Regional Director at The Jockey Club, said: “We’re delighted that Retraining of Racehorses will be bringing some of Her Majesty’s former racehorses to parade on Cazoo Derby Day.  “We know The Queen is incredibly fond of all of her horses, whether they are racing or involved in other disciplines, so this will be a great way to combine her passion for the thoroughbred with a chance to educate people about the work RoR do and the lives racehorses live once their careers on the track have come to an end.” Di Arbuthnot, Chief Executive of Retraining of Racehorses (RoR) said: “It is an honour for RoR and the riders taking part in the parade to be involved on what we hope will be a memorable day for Her Majesty. “I have seen at first hand the pleasure The Queen gets from seeing her former racehorses excel in a different discipline and the role her horses have played in helping promote the work of Retraining of Racehorses is immeasurable.”

Heading up the Derby Day parade will be Barbers Shop. Now aged 20, Barbers Shop was actually bred by Queen Elizabeth, The Queen Mother. Racing in the colours of The Queen and trained by Nicky Henderson, he won eight races and was placed in both the King George VI Chase and Hennessy Gold Cup.

Since his retirement from racing in 2012, Barbers Shop has been in the care of top showing producer Katie Jerram-Hunnable and he became one of the leading former racehorses to compete in showing classes. His second career highlights include being crowned champion at Hickstead and three times winner and champion at Royal Windsor Horse Show. He is now retired from competitive showing but regularly participates in RoR parades.

Also based with Katie Jerram-Hunnable is First Receiver, a gelding by New Approach who was last seen on the racetrack at Royal Ascot in 2020 when finishing second in the Group Three Hampton Court Stakes. As a five-year-old, First Receiver still has a long showing career ahead of him. He has been shown in-hand to gain competitive experience and recently competed at the Royal Windsor Horse Show when ridden by Jerram-Hunnable. Coincidently, another of The Queen’s horses now excelling in a second career was also runner-up in the Hampton Court Stakes.

The former Richard Hannon trained Quadrille was beaten just a short-head in the 2010 running of the race. A setback curtailed his racing career but it has not stopped Quadrille from thriving in a different discipline. Retrained by Louise Robson, who runs ‘Thoroughbred Dressage’ from her Buckinghamshire base, Quadrille is now the highest-performing former racehorse on the UK dressage circuit and competes at international Prix St George level. Showing and dressage are among the most popular second career options for former racehorses. In the 16 years since RoR started staging classes exclusively for former racehorses, annual participation in RoR showing events has risen from 270 to 5,587, while in dressage it has gone from 0 to 6,911. To provide a comparison and some perspective, in 2019 (last full year pre-Covid) more former racehorses took part in RoR dressage competitions than ran in steeplechases (4,148 vs 2,965).

The Epsom Downs parade of The Queen’s former racehorses also features Prince’s Trust and Forth Bridge, both of which are part of Louise Robson’s Thoroughbred Dressage team. Now a 12-year-old, Prince’s Trustretired from racing in 2014. In the dressage arena he has enjoyed plenty of success including being placed at the RoR National Championships held annually at Aintree. Forth Bridge ran on the Flat, over hurdles and over fences and is now looking ahead to a career in dressage.

The demand for retired racehorses in the wider equestrian market has increased markedly in recent years as more and more people have come to appreciate the thoroughbred’s versatility and adaptability for the likes of dressage, polo, showing, and eventing.  Helping drive the demand is the range of competitive opportunities now available for former racehorses and which have been created by Retraining of Racehorses (RoR), British racing’s own charity for the welfare of retired racehorses.  For more information on the work of RoR please visit www.ror.org.uk