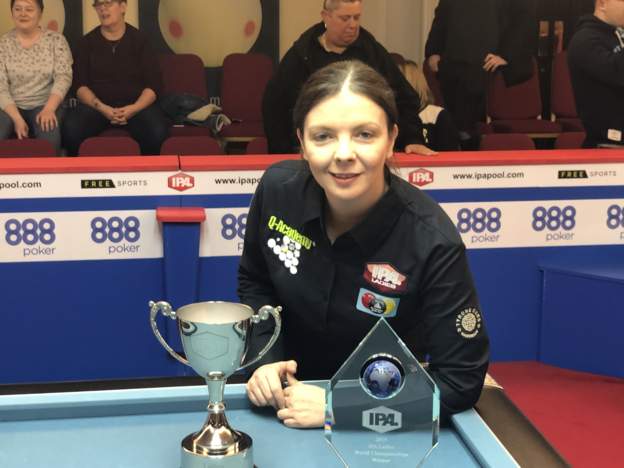 It has been a while, but top-class pool is back on your screen via the Fayre IPA UK Open from Bradford running from Friday through to the end of Sunday at the Cedar Court Hotel.

Once again, the action will be fast and furious, with the usual heady mixture of skill, stamina (try concentrating at the top level of any sport for three days), and the need for the roll of the ball every now and again before our champions will be crowned.

As always, the IPA have something for everyone with close to 200 entries vying for the prize money with a Champion in each of four categories – Professional, Open, Amateur, and Ladies – along with the kudos of beating the very best in your respective categories to come home with the trophy.

As expected, the majority of the “usual suspects” will be in attendance, so let’s have a look at who is most likely to win each event – though be warned, this is only my opinion and not an absolute fact.

With the odd exception all the top players will be in action here and as we return from a break it may all be down to who has been putting the hours in on the practice table. I am expecting a bold showing from Marc Farnsworth (as usual), along with Clint I’Anson and Cory Rees, but if I had to pick one player then World Champion Liam Dunster would be my suggestion. He is said to be as relentless with his practice as he is on the table and that may well be the trump card needed to come out on top this weekend.

With a mixture of amateurs and professionals this becomes that little bit trickier to call and there may well be some upsets long the way. Morocco and South Africa are both sending over some of their best players, and I doubt they are travelling this far for the Yorkshire weather, and a few scalps could well fall their way over the days ahead. Having gone for Liam for the Pro event I will switch my allegiance here to Marc Farnsworth, who invariably goes deep in these events time after time – though it could well be the other way round knowing my luck!

I see this as even tougher to call than any of the other events – I could name 20 players here and be less than confident I have found the winner. If Andy Lucas plays here I would expect him to go well and I would not put anyone off siding with the veteran for a moment, but Morgan McInnes seems to me to be one of the most improved players on the tour and with youth on his side he can only get better as he gains in experience. Once again, the South Africans and Moroccans arrive as unknow quantities and one or two of them could go deep here, though I am happy enough with my choice in a tough tournament to call.

Those who think the Ladies game is off the pace need to give their heads a wobble – their standard has come forward in leaps and bounds in the last couple of years and the standard just keeps on getting better. Naturally, that makes finding the winner that little bit trickier to call but Harriet Haynes looks the likeliest winner, followed perhaps by Danielle Randle. I am far from convinced I have named the winner, even if I was allowed two picks, but decisions need to be made as we look to round off our little preview ahead of this weekend’s tour events.

The IPA is the recognised professional body for blackball pool – fans are welcome (free of charge) to turn up to spectate, while the pool will be shown live on the IPA YouTube channel (search IPA Pool), with photos and main table results shared on Twitter (@IPApool) and via Facebook, while our website (ww.ipapool.com) carries further details including for entry to future events.