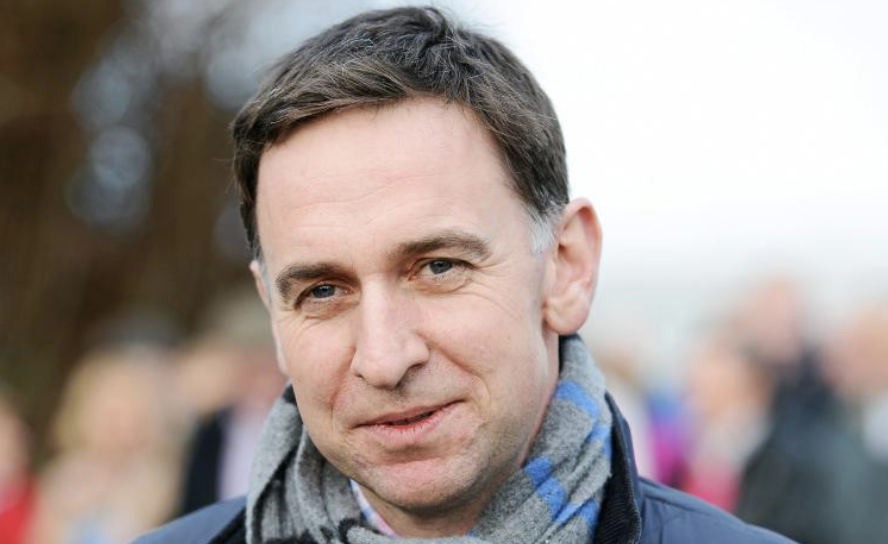 A Plus Tard, a thrilling winner of the Boodles Cheltenham Gold Cup in March, has been crowned the leading Jumps horse in Britain and Ireland in the 23rd season-ending Anglo-Irish Jumps Classifications.

The eight-year-old, trained for owner Cheveley Park Stud by Henry De Bromhead, went one better than he managed in the 2021 renewal of the Cheltenham showpiece, reversing the form with stablemate Minella Indo in spectacular fashion under Rachel Blackmore with a 15-length success.

That performance earned A Plus Tard a mark of 180, putting him 3lbs clear of his rivals at the summit of the standings.

Another Cheveley Park Stud-owned star took runner-up honours, with Allaho handed a mark of 177 following dominant victories in the Ryanair Chase at Cheltenham and the Ladbrokes Punchestown Gold Cup the following month for trainer Willie Mullins.

Sharing third place is another Mullins runner, Energumene, and the highest-rated British-trained horse, Shishkin. Tied on 176, the pair served up one of the moments of the season when the latter got the better of the former by a length to land the SBK Clarence House Chase at Ascot in January, though Energumene’s Champion Chase success means the pair end the season inseparable, with their future meetings eagerly anticipated.

A clash all racing fans will be looking forward to in 2022/23 is that between Constitution Hill, the brilliant Sky Bet Supreme Novice’s Hurdle winner, and dual Champion Hurdler Honeysuckle, and there is little to separate the pair in this season’s final standings.

Constitution Hill earned a mark of 170 for his stunning display in the Cheltenham Festival opener, the highest achieved by a Novice Hurlder since the introduction of the Anglo-Irish Jumps Classifications.

Honeysuckle, meanwhile, was awarded a figure of 165, giving her a slight edge at this stage thanks to her 7lbs mare’s allowance.

Martin Greenwood, BHA Steeplechase Handicap Team Leader, said: “While there was plenty to enjoy during the 2021/22 Jumps season, A Plus Tard stands out as clearly the best we saw this term.

“With the Irish dominance continuing, only Shishkin and the evergreen Clan Des Obeaux kept the British flag flying at the top end of the classification and are the only two to be rated in the 170s. The former blotted his copybook at Cheltenham after a seemingly landmark Ascot win, while the latter won at Aintree for the second year running and followed up with a respectable second at Punchestown. The rest of the UK contingent featured around a dozen rated above 160 but under 170, with Greaneteen on 168 the best of those.

“There was a more promising outlook regarding the British novices, however, and among an improved home performance at the Cheltenham Festival was the impressive winner L’Homme Presse. He is the best staying novice, but not overall, while Ahoy Senor, Bravesmangame and Edwardstone all had good campaigns and there is reasons to be cheerful for next season.”

Andrew Mealor, BHA Hurdles Team Leader, said: “The standout performance over hurdles in the latest season was undoubtedly Constitution Hill’s top-class effort in the Supreme at Cheltenham. Nicky Henderson’s charge has been awarded a rating of 170 for his 22 length defeat of subsequent Grade 1 winner Jonbon in a fast time, which makes him the first hurdler to rate 170+ in the end-of-season classifications since Champion Hurdle winner Espoir d’Allen in 2018/19. Furthermore, 170 is the highest rating for a novice over hurdles since the Anglo-Irish Jump Classifications were founded in 1999/2000, eclipsing the 168 rating awarded to Iris’s Gift after he finished second to Baracouda as a novice in the 2003 Stayers’ Hurdle.

“Constitution Hill looks to have the world at his feet as he heads into open company next season, though star mare Honeysuckle should not be forgotten of course, having yet again done all that was asked of her in another unbeaten campaign, including a second success in the Champion Hurdle. As things stand, Honeysuckle’s figure of 165 plus her 7lbs mares allowance gives her the edge on ratings over Constitution Hill, though that does not factor in the latter’s scope for further improvement after just three starts. A clash between the two should be one to savour next March.”

Andrew Shaw, Senior IHRB National Hunt Handicapper, said: “A Plus Tard’s performance in winning the Boodles Cheltenham Gold Cup was one of the finest seen in the race in recent years. His winning margin of 15 lengths was the biggest since that of Master Oats 27 years ago and in doing so, he posted a figure of 180, the highest figure for a Gold Cup winner since Bobs Worth in 2013.

“Rarely do you see a horse show the kind of acceleration that he showed coming up the hill at Cheltenham. It was a stunning performance, and he is fully deserving of top spot in the 3‐mile category.

“Honeysuckle earned her place in the history books by becoming the first dual Champion Hurdle-winning mare, establishing herself as a modern day great. Still unbeaten after 16 starts, it is difficult to get a handle on her true figure as even when she has looked vulnerable in some of those races, has always managed to find that extra gear, the hallmark of a champion. She will have a fight on her hands next season when attempting a Champion Hurdle hat‐trick with the emergence of Constitution Hill, who although boasting the higher rating, still ranks second to Honeysuckle when the 7lb mares’ allowance is taken into account.”

Shay Quinn, IHRB National Hunt Handicapper, said: “Allaho tops the middle-distance chase division for the second consecutive year. He earned a figure of 177 after a spectacular round of jumping in the Ryanair helped him demolish the field by 17 lengths. He is rated an above average winner of the race and the highest since Vautour in 2016.

“Galopin de Champs is the top novice on 172. His final start was his most impressive, beating Grade 1-winning Master McShee in the Boylesports Gold Cup at Fairyhouse, achieving his figure of 172. He is undoubtably an exceptional novice and is highest-rated since Gold Cup-winning novice, Coneygree. He jumps like a stag and has the perfect blend of speed and stamina. This rangy six‐year‐old can only improve on his rating and has the potential to go all the way to the top.”