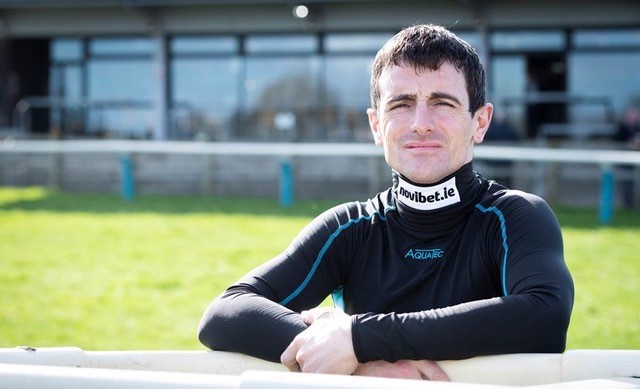 Racecourses need to pull their finger out:

There’s a lot of talk at the moment about the food and facilities provided to jockeys and racing staff, and I definitely think a lot of the tracks need to up their game to say the least.

Improving the facilities may be trickier, and something slightly more long-term for courses to look at, but the food is something they can sort out quite easily.

Don’t get me wrong, we’re not after five-star food, we just want something that is edible and available at the time we need it. When you’ve finished after the last, you need something to eat.

Some tracks do it well, but some tracks really need to do better, and often it’s not the smaller tracks, it’s the big premier tracks. You’d think the bigger tracks would be head and shoulders above what the little tracks can provide, but that doesn’t seem to be the case.

All we need is a cup of tea, a sandwich, a bit of meat or salad or something – just anything half decent that’s edible.

The racecourses need to pull their finger out, there is no two ways about it.

Another good week for Donald:

Anyway, rant over… It’s been nice to have a couple of quiet days away from the track this week, as well as a couple more winners for Donald [McCain], who continues in good form.

He’s had four winners this week and, unfortunately, I was on the wrong one twice which is a bit annoying, but that’s racing – you can’t predict everything. Hopefully, the yard’s good form continues.

Toughasoldboots won well at Huntingdon, but I don’t think the favourite she beat should have been that short. She ran well in her points, stays well and had been doing her work nicely at home, so it certainly wasn’t a shock to Donald that she won in that style in that kind of race.

Kerosine Light had two quick runs, and to be fair to him he improved plenty from his first start to his second. He’ll probably have a quieter couple of weeks now before going again and seems like a grand sort of horse that will get further and handle softer ground.

This weekend I’m at Cartmel, which is always good fun, on Saturday, and then Uttoxeter on Sunday.

Cartmel is a unique sort of track, in the fact that it’s very sharp and you finish up the middle having run around the outside. There are some horses that act there that won’t act anywhere else, and it’s been a good course for me over the years.

As a rider, you’ve got to be very aware of the pace. I can remember one day where they went off too hard and I came from about a furlong back to win – there aren’t many tracks where that happens! There’s often picnics and camping and the like up there, so it’s a nice atmosphere and somewhere that’s worth visiting if you haven’t been.

I kick off the card with Licklighter, who, despite being 11 and having won five races, runs in the 2m6f novices’ hurdle (2:09pm). He’s done well over fences and is yet to win over the smaller obstacles, but you’d like to think he’ll take all the beating if he’s fit enough on his first run since September.

John McConnell is bringing one over from Ireland who could be the main danger.

Alan King brings Finest View up for the mares’ handicap hurdle (2:44pm) and she’ll be fancied, but she didn’t exactly bolt up last time out. She must have come out of the race well for them to be pitching her back in so soon, but she does have to shoulder a 7lb penalty, so it won’t be easy.

I ride Latino Fling, who’s won once over 2m and twice at 2m4f, but I don’t think the drop back in trip will be an issue. She travels and jumps very well, and while she needs to step up to win this there’s no reason she can’t.

They could be my best two on the card, while Kauto Riko (5:04pm) has a chance on his best form. He finished a close second to Two For Gold at Doncaster in December, and that horse went on to win a valuable race during the Winter Million at Lingfield as well as finish second in the Grade 1 Ascot Chase.

He had his wind done two starts back and I felt that he was just finding the confidence in his breathing again on his last start.

The main reason I’m heading to Uttoxeter on Sunday is for Presentandcounting in the valuable Clarke Chase (3:31pm). He didn’t show his best last time out at Sandown, while I think he would have finished second at Ayr the time before if he hadn’t stumbled and tipped up. His run at Sandown was below-par but he’s felt like he’s back to his old self at home so we’re hopeful of a good run.

DECLARED RUNNERS WITH DRAW FOR THE 2022 CAZOO DERBY