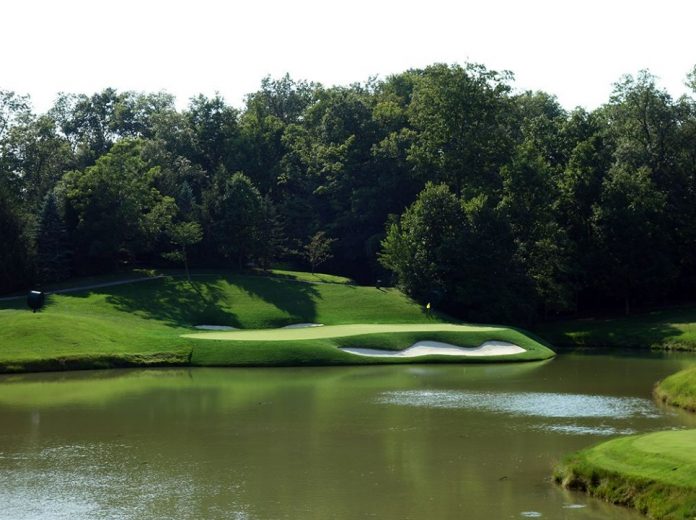 Close but no cigar last week, though I am claiming a couple of decent cheroots at least with places at 12/1 and 35/1 not to be sniffed at by any means, and ensuring we have a bit more profit to add to our golf betting bank.

When a tournament is hosted by the one and only Jack Nicklaus it comes as no surprise to see the best of the best turning out in droves to play, and that is the case this weekend as we head to The Memorial at Muirfield Village in Dublin, Ohio looking to eke out a little bit ore profit.

Measuring in at 7,53 yards, and a standard par 72, we are all due to start with 120 players so hopefully that gives you a clue about what I am up against (in comparison to an eight horse race), though as always I will be crunching the figures looking for the best value – which may or may not include the winner. In my view, this is as much about accuracy as length off the tee (as it should be), with the undulating fairways all set to cause some stance issues, thick rough for those who stray to deal with, 11 of the 18 holes having water in play, and some seriously scary bunkers best avoided – all in all, a proper golfing challenge and one that should see some exciting – and frustrating golf – from Thursday afternoon onwards.

Selections with reasoning:***NOTE*** Different bookmakers are offering different each way terms so do shop around for best odds and best place terms and any special offers with the bookmakers to steal the most value and DO check the exchanges for bigger prices – I can’t put them on here accurately as they differ by the minute. Betfair prices quoted are as indicators only and were correct at the time of writing.

If there is one accusation constantly thrown at the 28-year-old its his low win percentage compared to his undoubted skills, but I doubt he really cares too much, having earned over $26 million in career prize money, and that’s before we even consider sponsorship. His recent form may have slipped under the radar in a World where we are only really interested in the winners, but he has come home in the top 15v in four of has last six outings and sits a very impressive fourth for strokes gained tee to green over the last few years, and I see that as a vital ingredient for this course.  He has also hit a top 20 finish in his last four visits here which is another positive, and I am confidently expecting a bold showing this week as well.

You don’t reach a ranking of World Number Seven without playing some quality golf, and with a Dubai Desert Classic win this season, and lest we forget, he was a gallant third here in the Workday in 2020 which suggests the course does play to his strengths. He played well here and was sat in a comfortable eighth after the first two days in 2020 and should find the expected conditions (not so windy) here won’t see him falling away when the chips are down. Although “only” 21st last weekend, he walked away ranked third for driving and fourth for strokes gained tee to green, and at 25/1, I just cannot resist a little each way play.

The biggest priced of the three but since when do the odds seem to matter that much this season, and I am hopeful the 31-year-old can continue or even build on an already successful season. Already the winner of the Wells Fargo this season, he added to success at the Fortinet Championship and a tenth spot in the Genesis Invitational as he moved in to the top 30 with his game very much on an upward curve. Sixth here last season, it has taken him four attempts to get the hang of the course but it will hold no fears for him in 2022, and if he can repeat his sixth at his current odds, I will take that all the way to the bank.