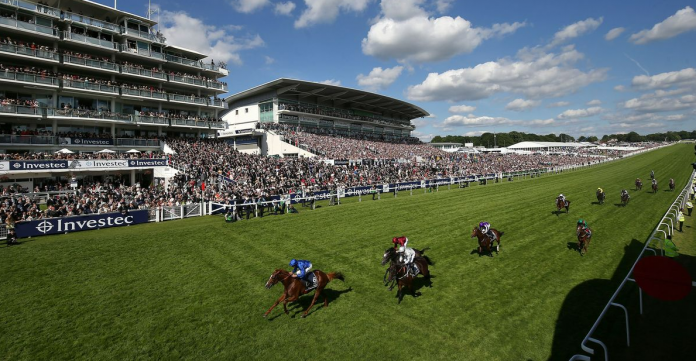 Trainer Aidan O’Brien says he believes pitching Stone Age into “some very good races” as a two year old was the perfect preparation for Saturday’s Cazoo Derby (In Memory of Lester Piggott).

The second favourite for Saturday’s big race ran five times as a two year old, including twice in France, and O’Brien is convinced the experience will help him handle Epsom Downs this weekend.

O’Brien has three contenders for the Classic as he bids to win it for a record-extending ninth time, having recorded his first Derby victory 21 years ago with subsequent super sire Galileo.

For this year’s 243rd running of The Derby he is triple-handed, with Changingoftheguard (Wayne Lordan, drawn 16), Star of India (Seamie Heffernan, drawn 15) and Stone Age (Ryan Moore, drawn 4) set to represent him.

Stone Age, a son of Galileo, is trying to follow in the footsteps of his sire – fellow O’Brien-trained Derby winner High Chaparral – having completed his Epsom Downs preparation with success in the Group Three Derby Trial at Leopardstown last time out.

But O’Brien believes his five runs as a two year old gave him “plenty of experience” on the racetrack and have helped him become a genuine Derby contender.

Stone Age, who is currently a general 7-2 for the Cazoo Derby, finished second on three occasions last year and his fourth and fifth runs of his 2021 campaign were at Paris-Longchamp on October 3rd and Saint-Cloud three weeks later.

O’Brien explained: “We’ve been happy with his two runs this year and he seems to be in good form at home.

“He raced in some very good races and I’m very happy he did all that. We weren’t really disappointed that he didn’t manage to win one last year as he was only just pipped in a few of them last year.

“He has done well over the winter, but he was always a big strong colt and we always liked him a lot and felt that he was a high-class colt.

“We think he has come forward from his last run and we are looking forward to it. He has never run beyond a mile and a quarter but he is a good traveller and there is a good chance that he looks like he will get further.

“I’ve not really looked too much at the draw but I will talk to Ryan and we will make a plan from there.”

In line with O’Brien’s 2013 Epsom Downs hero Ruler Of The World, Changingoftheguard made his last appearance when successful in last month’s Group Three Chester Vase, when he was the impressive six and a half-length winner over New London.

O’Brien said of the Galileo colt: “He seems to be in good form and he got the trip well at Chester on his first start over it last time.

“I’m very happy with him and he is a very straightforward horse to deal with. It was always the plan to take our time with him last season.

“He is a very relaxed horse and we will discuss with Wayne (Lordan, jockey) as to what he thinks is best from his draw in 16 but given how straightforward he is hopefully he will be fine from that draw.”

Star Of India, who is also by Galileo, is the least experienced of the trio having made just three racecourse appearances, the latest of which saw him win the Listed Dee Stakes at Chester. None of O’Brien’s nine Derby winners had previously won the 10-furlong contest, with only three winners the race going on to Derby success since 1945 – Parthia (1959), Oath (1999) and Kris Kin (2003).

O’Brien said: “I’m very happy with Star Of India. The last day we stepped him up in trip and it appeared to suit him. He seemed to get it really well and I’m sure he will get further.

“He is a very uncomplicated horse that doesn’t get flustered which is important for a horse going to Epsom.

“At Newmarket that was his first run of the season and that was behind a strong colt (Native Trail, who he finished fifth to in the Group Three Craven Stakes over a mile). After that race we hoped that stepping up in trip would suit his style of racing.”